Life and Religion in Krevborna 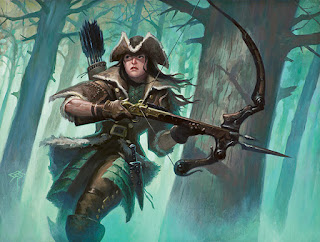 Daily Life in Krevborna
The average denizen of Krevborna lives a life of quiet desperation, oppressed by the knowledge that an unfathomable darkness haunts their land and endangers their lives. Most Krevbornites go about their lives stoically and pragmatically; they work hard, protect their own, and take what joys they can before the coming of night. Some break down under the constant reminders that theirs is a land of horrors and terrors, and give in to lunacy, barbarism, or worse.

Authority
Once a land ruled by a hereditary nobility, Krevborna is a now without centralized authority. The Church of Saintly Blood holds sway in many areas—especially Chancel and Piskaro—but it is a highly factional organization that has difficulty managing secular matters. The people of Hemlock have turned to witches for protection and insurance against bad harvests. Lamashtuans live under the thumb of vampire masters who demand blood-tithes in return for what little prosperity they are allowed. Some domains remain under the control of feudal nobility. 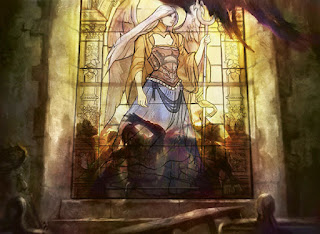 Religion in Krevborna
It is believed that the gods once reverenced throughout Krevborna have withdrawn their influence. Some say that the gods abandoned mankind to its dark fate due to unforgivable transgressions. Others believe that the gods retreated after they were betrayed by the rebellious angels who became the demons and devils. Some even claim that the gods were killed and consumed by cosmic forces of darkness.

The Blood of Saints
Although the apparent absence of the gods is felt keenly, divinity still maintains a foothold in Krevborna through the legacy of the Church's saints. Those of holy blood transmit their sanctity down through the generations; men and women who evidence a touch of the divine spark are regarded as heirs to the saints and their blood is viewed as sacred. The rites of absolution and healing practiced by the Church of Saintly Blood involve imbibing the blood of these saints—often mixed with the mundane blood offerings of the faithful—or blood baptisms given in ancient fonts. 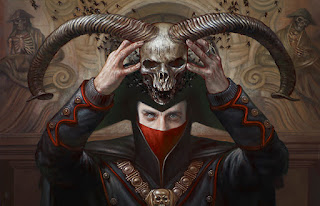 Heathens and Apostates
Some folk have turned to the worship of fae spirits, demons, devils, and other powerful entities in place of revering the saintly blood. The Church regards these people as heathens and pagans to be converted or exterminated.


The Dual Nature of Evil
For most Krevbornites the words “demon” and “devil” are interchangeable, but these beings represent distinct figurations of supernatural evil. The angels who rebelled against the gods wore cleaved in twain by the loyal archangels; the spirits of the fallen angels became devils and their bodies became demons. As such, they crave wholeness but are doomed to opposition against each other—thus does evil forever war against itself. True to their nature, devils tempt mortals to commit spiritual transgressions, and their agents are wraiths and specters. Demons tempt mortals to commit bodily sins, and their agents are physical monstrosities such as vampires, ghouls, and werewolves.

The above items are all stuff that has either been kicking around in my head about Krevborna that I hadn't written down yet or stuff that players have asked me about recently. Here are the influences that went into these bits of world-building: