Weapons for the Blood Hunt 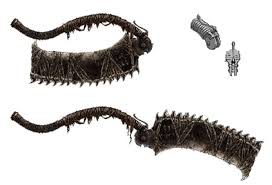 Martial Trick Weapons
Trick weapons are clever inventions designed by the members of the Incendiary Guild. They are called “trick” weapons because each weapon can be transformed in the heat of battle to provide its wielder with an expanded array of options with which to fell the horrific beasts that haunt Krevborna. Trick weapons are rarely sold to private individuals; rather, they are either bestowed upon those who have proven themselves to be allied with the Incendiary Guild or passed from one hunter of the dark to another. 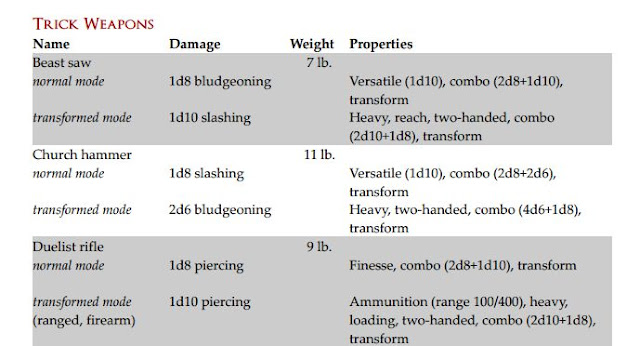 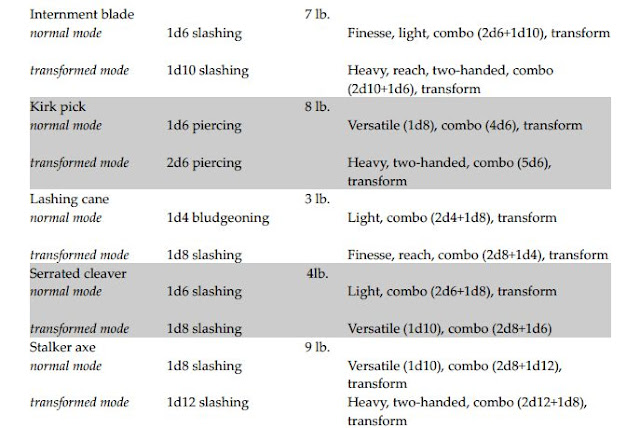 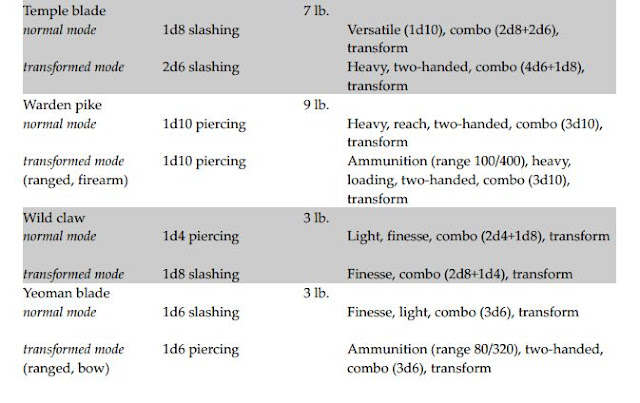