Things that brought me delight in December 2016. 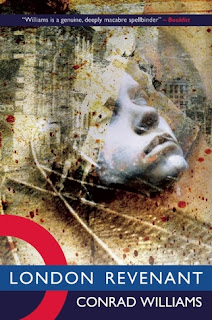 This is a jumble of adjectives to throw at a novel, but it's a fair estimation to call London Revenant a New Weird urban horror fantasy. Imagine if Neverwhere was also Confessions of a Justified Sinner, but with the heart of The City of Dreadful Night. Themes of personal identity, the duality of man, urban alienation, and failed relationships get tangled up in a bewildering and apocalyptic narrative that strings together a serial killer and his cult of allies, a secret world existing in disused Tube tunnels, narcolepsy-as-fugue, pockets of hidden realities within the metropolis, et al. The prose is a bit too glib at times, but I liked this far more than I should have. 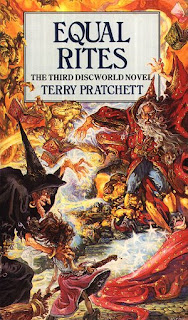 Everybody knows that wizards are boys and witches are girls, until the wizard Drum Billet blunders in his last moments and bestows his magical legacy on newborn Eskarina Smith. When her budding magical abilities begin to act out, she is sent to learn the ways of witchery from Granny Weatherwax. Which doesn't work because against all convention, Esk is a wizard. And so Granny and Esk must venture to Unseen University, an academy for wizards that doesn't believe in admitting women. The book's take on entrenched sexism is never heavy-handed and never outpaces the story or the jokes. This is a great light-hearted read, and quite probably a great place to dip into Pratchett's Discworld novels to see if you'll enjoy them. 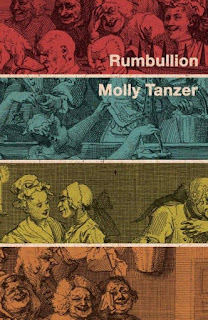 From the beginning of Molly Tanzer's Rumbullion it is clear that this isn't the sort of mystery that will be fully explained in the end. Mostly epistolary in form, the story revolves around the strange doings at an eighteenth-century dinner party that may have resulted in someone being murdered and cannibalized. The narrator writes to his dinner guests, attempting to piece together the events of the evening so that he might understand why and how his cousin died, why his fiancee has gone mad, the true nature of several of the guests, and to possibly exonerate his cousin's slave of the crime of said cousin's death. The more he uncovers, the weirder it (and he) gets. 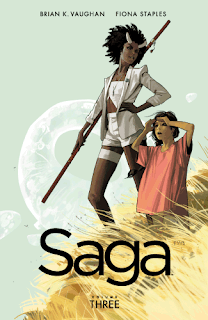 You probably already know about Saga, but if you don't it's currently one of the best ongoing comics. It's science fiction and a bit fantasy, but with more heart than most. The story is sprawling at this point, but it's mostly about the child of two parents who are supposed to be mortal enemies locked in an endless war with each other. Now they're on the run from their governments, bounty hunters, tv-headed robots, etc., and the story has expanded-out to cover a host of side characters who are just as interesting as the "main cast." I read volumes three through six because I couldn't remember where I had left off in the series, but I'm glad I spent some time catching up on it even if I re-read some bits; Saga is well worth reading through more than once. 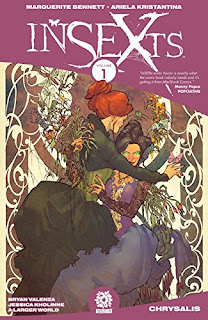 Sometimes it feels like the primacy of body horror as a vehicle for talking about how Western culture handles women is the medium perfectly mirror the message. Insexts is Victorian body horror--two women lovers are in a state of becoming monstrous as they grapple with the societal strictures of the nineteenth century, both in forms mundane and supernatural. I enjoyed the first collected volume of Insexts, but if I had a criticism is that the comic feels like it is rushing toward action and plot; I wouldn't mind if the story slowed down a bit to focus more on character and a deeper take on its main themes. I will definitely keep reading though. 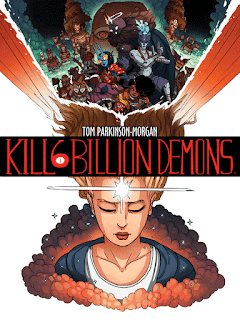 It must be a bit awkward if you're a woman about to lose her virginity when suddenly a demiurge appears, thrusts a megaweapon into your head, and then a horde of multidimensional knights storm in and take your boyfriend away. Such is the plight of Allison in Kill 6 Billion Demons. The story is a bit confusing in places because this is some high-concept deep-lore fantasy, but the art is amazing and when things come together the narrative really works. Unfortunately, the print collection of the comic's first arc is a little disappointing in its physical quality: the book is small, which makes the comic's frames feel cramped--especially at the margins--and the images are reproduced a bit too darkly compared with the original webcomic. 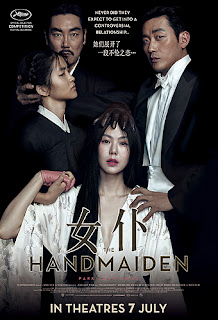 I love Park Chan-wook's other films, and I love Sarah Waters's Fingersmith (the book this film adapts), so The Handmaiden was either going to be a triumph or a crushing disappointment. Thankfully, it was the former. The film adds a nice twist to the novel's story that took it someplace entirely else. The acting is superb, it has some great decadent elements, and the cinematography was beautiful all around. Korean Gothic was already a thing, but this film's combination of psychological thriller and eroticism establishes it as an aesthetic force. 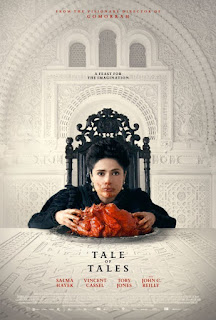 Tale of Tales is an adaptation of Giambattista Basile's Pentamerone, one of the oldest known collections of European fairy tales. The film, which follows three different tales until they briefly entwine at the end, turns the fairy tale into Gothic fantasy...which is probably what fairy tales are in the first place. In Tale of Tales we've got abduction by ogre, the price a barren queen is willing to pay to have a child, an old woman out to ensnare the interest of a king, and more. I do wish that the movie went a little darker--a quality the trailer might have over-emphasized--but the striker visuals and fairy tale logic of the stories was well worth the watch. 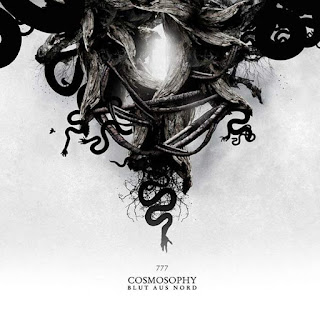 The last album in Blut aus Nord's 777 trilogy serves up the immerse, infernal darkness. This is a record to listen to by yourself, in seclusion, with the lights out. The atmosphere deepens and becomes more spacious on Cosmosophy, becoming a dissonant abstraction of the trilogy's musical themes and earlier aggression. 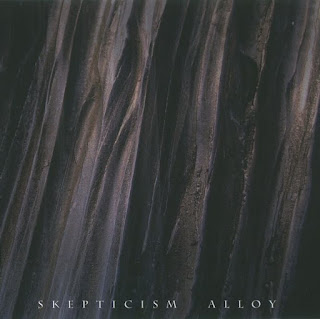 You hear the phrase "wall of sound" a lot when people talk about certain production techniques, especially Phil Spector's recordings of the Righteous Brothers and the Ronettes, but somehow it never sounds like a wall of sound to me. Skepticism's Alloy, on the other hand, produces a wall of sound--a dense, rippling curtain of crushing guitar, funereal organ, and gnarled vocals. 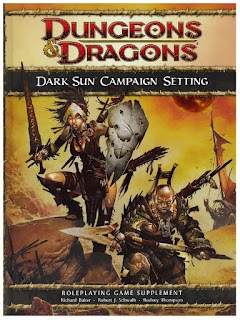 Maybe it's the cold weather, but I've been thinking about Dark Sun again lately. It's funny, the D&D settings that interest me most (Ravenloft, Dark Sun, Planescape) are in many ways the least D&D-ish of the official published settings. Also, while 4th edition D&D gets more than its fair share of drubbing, it had a couple of really well-presented and concise setting books, of which the Dark Sun Campaign Setting numbers among. The original 2nd edition version of the setting was eventually encumbered by supplement bloat and metaplot shenanigans, most of which the 4e version strips away. Worth noting: hey look, a setting where dragonborn fit in pretty nicely! The art isn't quite up to the standards of the Brom-created Dark Sun covers from the original books, but the interior art is pretty damn good on its own merits. 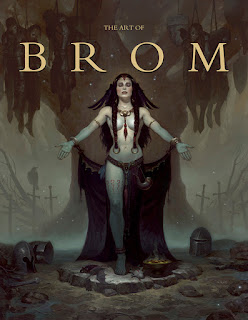 Of course, returning to Dark Sun means returning to Brom. Dark Sun, to my imagination, is shaped less by the prose that describes it and more by the art that made it real. The old adage "Show, don't tell" rings true. Brom is a master of post-apocalyptic art; his many versions of the apocalypse capture grit and heart, but most importantly he displays the performativity of survival in his paintings. I also went and dug out my battered copy of Darkwerks as well, which features even more of Brom's Dark Sun pieces.