A redux of this post because somehow it got published without the commentary bits. 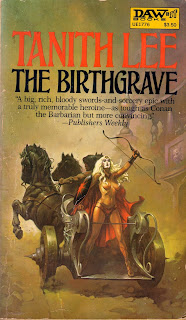 Tanith Lee, The Birthgrave
The Birthgrave was Tanith Lee's first published book for adults; it reads like it was written by an author unsure if they will get a chance to publish another story. It's got a little of everything--sword & sorcery banditry, a military campaign saga, "life among the primitives," a journey of self-discovery, and...a literal deus ex machina in the form of a crash-landed UFO. It's all a bit much when taken together; there are enough ideas and concepts in The Birthgrave to flesh out four or five separate novels.

Still, you catch glimpses of the powerful, idiosyncratic author Lee was to become: the use of a compelling, but strangely detached and impersonal heroine; the prose has moments of purple-tinge, but never fully blossoms into the luxuriant language she would become known for; feminine passivity is used to dramatize the dearth of choices allotted to women; Lee's version of fantasy draws on strong tropes, but the genre becomes personalized and unmistakably her own. This isn't her best work--it reads like an early offering--but it hints at the great things to come. 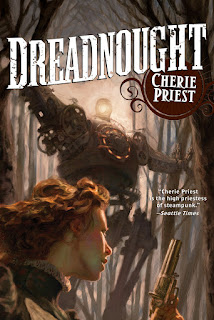 I want to tell you why Cherie Priest is one of the few authors who should be allowed to write steampunk fiction. Steampunk novels tend to have two problems: they suffer from "put a bird on it" syndrome (although in this case the "bird" is inevitably a brass gear) and they traditionally feature weak characterization, instead preferring to fall back on faceless stock characters like the Dashing Victorian Scientist and the Victorian Adventuress Clashing Against Gender Expectations with No Discernible Problems.

Cherie Priest's Clockwork Century series sidesteps both of those problems. Though it isn't wildly off the beaten path of what we expect from a steampunk story, the setting for the series is grounded--it has enough realistic grit to it that it avoids feeling a sanitized, revisionist history of the 19th century like so many steampunk fictions do. But it's the diversion from the second problem that interests me most: Priest's characters aren't the larger-than-life adventuresome pulp stereotypes that burden many steampunk productions. That the protagonists in Boneshaker and Dreadnought are more or less regular women with understandable goals (Briar goes in search of her runaway son, Mercy is heading west to see her estranged father before he dies) places the Clockwork Century books head and shoulders above other offerings in the genre. 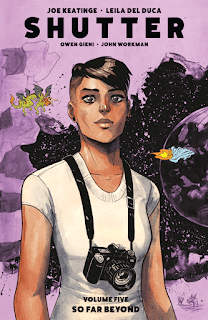 Joe Keatinge, Leila del Luca, Owen Gieni, John Workman,
Shutter, Volume Five: So Far Beyond
It's interesting to watch a comic develop over its run, but always a bit bittersweet to see a really strong book come to a conclusion. Shutter began as a New Weird-ish deconstruction of pulp adventure, and ended up being a statement about the necessity of breaking away from familial obligation and inherited duty in favor of constructing a family of choice and living your life on your own terms. Along the way, the comic pulled off a feat that a lot of comics struggle to achieve: it created a cast of characters whose ultimate fates I genuinely cared about. 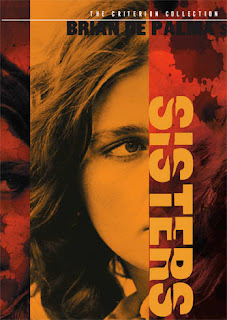 Brian De Palma, Sisters, Femme Fatale, The Black Dahlia, Passion
When the first of the interminable Saw franchise hit the theaters, I remember reviewers trumpeting the notion that finally the US had its own giallo. This was, and remains, a stupid statement because we already have a prolific American giallo director in Brian De Palma. The hallmarks celebrated in giallo films have always been present in his thrillers: the psychosexual themes, the insane set piece death sequences, the improbable plot twists that you excuse because the cinematography is so daring that qualms just fall away like scales from your eyes...it's all there, and the Hitchcock worship was just a red herring. Even the varying quality of the giallo canon is embedded in De Palma's ouvre; but even when his movies aren't technically good--and both The Black Dahlia and Passion especially struggle at times--they are always something to behold. 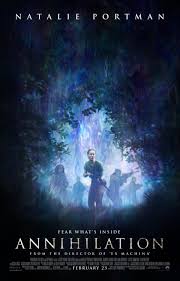 Alex Garland, Annihilation
It's hard to talk about the Annihilation film without resentment; it's easy to go on at length about how Hollywood's reluctance to market a film that isn't a Fast & the Furious sequel, the viewing public's reticence to be challenged by anything more strenuous than Thor's haircut, and all the other various shenanigans that keep the multiplex from being a place of wonder.

If you didn't get to see Annihilation before it was unceremoniously yanked from the screen, here's what you missed out on: a strong cast, incredible visuals, a whole lot of weirdness, and one hell of a monster design. Here's hoping this one ultimately achieves cult status posthumously.