Things that brought me delight in March, 2018. 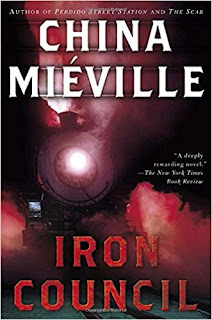 China Mieville, Iron Council
I remember the reactions this book got from more conservative readers when it came out, but I'm not seeing where the umbrage came from. Is it triggering somehow to have to read about characters who endorse left-of-center politics? Is it the causal homosexuality that some of the characters indulge in? Is it the rifle core of men in dresses who embrace in loving camaraderie as they die?

But I'm also shaking my head at how the fantasized politics of Iron Council reiterate the most frustrating parts of academic Marxist theory: there's a lot of thought put into how to achieve freedom, but not a lot of thought put toward how people are going to get fed. (Seriously, how do the train's occupants get food, water, fuel, and other bare necessities?)

It's hard not to explicate Iron Council, and the iron council of the title, in terms set down by Deleuze and Guattari--as a line of flight away from the state apparatus of Bas-Lag that, as a consequence of rhizomatic movement, that has inadvertently become a war machine. And I'm left holding the bag at the ending, wondering if the perpetual stasis of the time golem is a functional version of the terminus that D&G outline: being appropriated as a trapped history might actually be a form of propagandistic, ideological fascism. 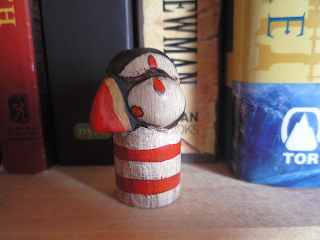 Carisa Swenson, Pocket Puffin
I got the above smol frand in the mail and it definitely brightened my day. Made of wood and epoxy clay and hand-painted, this little guy has already earned a spot in my Wunderkammer. The striped ones are currently sold out, but the equally charming natural style are available from Goblinfruit Studio if you want to add one to your collection. 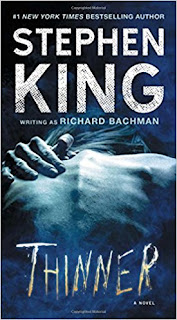 Stephen King, Thinner
After re-reading Stephen King's Thinner I have to admit that I liked it an awful lot more as an adult than I did as a teenager. I remember being annoyed at the novel's swerve into hardboiled crime territory, but now I find King's gleeful detour into Jim Thompson homage to be very entertaining. If you're read it, you'll definitely see where King's love of The Killer Inside Me informs Thinner.

The real themes of the book also flew over my head when I was younger; I think I just hadn't live long enough to get what King had to say about "white men from town" for the book to feel as rich as it did during this second reading. The connection between Thinner and Iron Council is probably not obvious, but it's interesting that both novels, despite being very different kinds of fiction, both revolve around the idea of the commons and how we've lost sight of it to our detriment. Sometimes the pieces just line up that way. 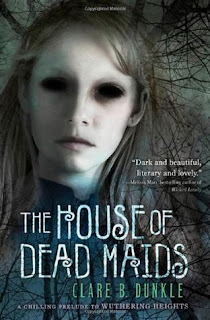 Clare B. Dunkle, The House of Dead Maids
The House of Dead Maids was my biggest surprise in March. I don't remember when or why I picked it up, but at first blush it presents a trifecta of warnings that it might be pretty bad: that cheesy photoshopped cover! young adult horror! a Wuthering Heights tie-in! And yet, The House of Dead Maids turned out to be a really slick little Gothic novel that excavates a uncomfortable truth: the prosperity of the English estate was predicated on both the devouring of the working class and a Freudian generational struggle for inheritance. Throw in some Wicker Man-esque folk horror flourishes and you've got a potent little chiller that is more than worth spending a few hours with. Against all odds, even the coda that connects the novella to Wuthering Heights and the Brontes' biography works well. 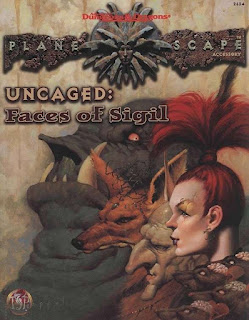 Planescape reprints on DriveThruRPG
I used a little bit of my profits from the Krevborna book to buy the POD versions of the Planescape books available on DriveThruRPG. The quality of the prints are pretty good, despite some of the books being obviously resized to fit the print on demand format. The color art reproduces well, the text is clear, etc. But more importantly, there is some really quality content in the Planescape line that I missed out on when it was fresh off the presses in the 90s. Uncaged: Faces of Sigil is probably my favorite of the lot right now; it's essentially just a book of NPCs living in Sigil, but the characters it describes are inventive and idiosyncratic. Anybody who claims that 2e AD&D didn't have any real creativity to it hasn't seen this stuff. 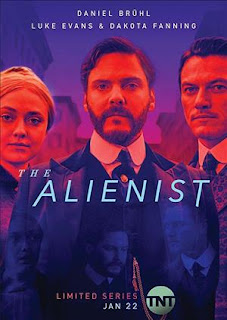 The Alienist
Watching The Alienist is probably another entry in a long-running attempt to find something to fill the Penny Dreadful shaped hole in my heart. It doesn't hit that mark, of course, but The Alienist was a surprisingly well-down miniseries. The story centers on a rag-tag group of misfits from outside the police force investigating the crimes of a serial murderer who preys on male prostitutes in the New York City of the late nineteenth century. Interestingly, the show was part of a commonality that colored my television viewing this month: in both The Alienist and Babylon Berlin, we have a male lead in the investigating team whose genius and skill we're supposed to marvel at, but they are consistently show up by a police secretary who does the actual investigative heavy lifting. Dakota Fanning kills it, in other words. 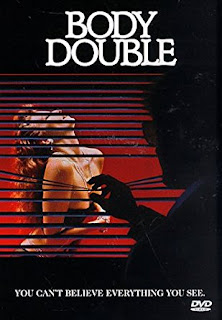 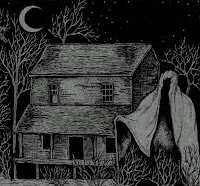 Bell Witch, Longing and Four Phantoms
Bell Witch's Mirror Reaper was undoubtedly their break-out record; it got a lot of justly-deserved attention, making it onto several "best of" lists at the end of 2017. Hopefully that success will lead listeners to do what I did: check out Bell Witch's earlier albums. In March I spent some time with Longing and Four Phantoms, and both are definitely rewarding experiences. Unpopular opinion: Longing might even be better than Mirror Reaper. The conciseness of Longing leaves you wanting more; the more ethereal textures are elusive, compelling.