The Gang Leader and the Assassin

Two supporting cast characters in Umberwell: the gang leader and the assassin. 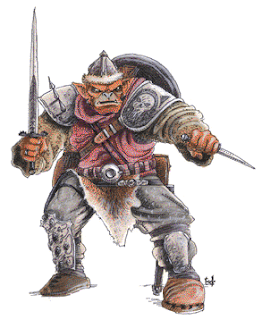 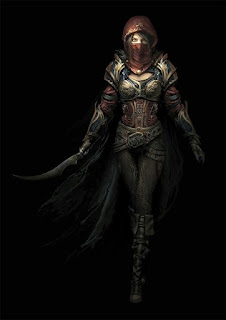 Mei Dowd is one of the most feared assassins in Umberwell. Her ability to emerge from the shadows, strike true, and then disappear back into the darkness is legendary. It is rumored that she is responsible for the death of many members of the moneyed elite.
Occupation. Assassin for hire.
Appearance. Human, long black hair in a braid held with sharpened pins, union tattoos.
Abilities. Poison brewing, disguise, stealth, sniping.
Traits. Practical, improviser.
Ideal. Perfect the art of murder.
Bond. Protects her clients’ identities.
Flaw. She fears that her cover as a worm train worker will be blown.