Krevborna is Electrum, On Sale, and Some Ways to Play it 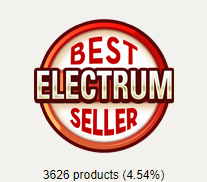 Krevborna: A Gothic Blood Opera recently hit the "Electrum Best Seller" status on DriveThruRPG, which is frankly mind-blowing. Also, it's still on sale as part of DriveThru's Christmas in July sale, but that's only going to last for a few more days so if you've been meaning to pick it up in pdf, this is the time to do it.

Also, I saw a thread where somebody was saying that Krevborna was their favorite setting book of all time and that is totally unexpected and awesome.

Nevertheless, I'd like to offer a few system suggestions for the setting so that this post isn't just a drive-by advertisement:


Note: None of the links above are "affiliate links" because not everything in the hobby needs to be monetized.
Posted by Jack Guignol at 12:04 AM