Things that brought me delight in July, 2018: 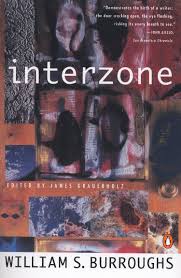 William S. Burroughs, Interzone
Interzone is the best unintentional book of NPCs for urban roleplaying games. Witness: "Some of the Socco Chico regulars, like Chris, make a real effort to support themselves. Others are full-time professional spongers. Antonio the Portuguese is mooch to the bone. He won’t work. In a sense, he can’t work. He is a mutilated fragment of the human potential, specialized to the point where he cannot exist without a host. His mere presence is an irritation. Phantom tendrils reach out from him, feeling for a point of weakness on which to fasten."

Thomas Negovan, Diabolical Fantasia, Sinister Harvest, and Eldritch Bloom
These three books reprint the artworks found in the first year's run of Der Orchideengarten, a German magazine of horror tales that predated the publication of Weird Tales magazine. The stories printed in Der Orchideengarten were a mix of new horror tales and classics by authors such as Poe, Dumas, and Maupassant; similarly, the artworks reproduced in this trilogy are a mix of older works--such as medieval woodcuts and illustrations by Aubrey Beardsley--and original works created to compliment the magazine's fiction. The artwork covers a range of styles, though the mood is nearly always morbid and decadent--taken together, these three books are truly a garden of glorious evils. 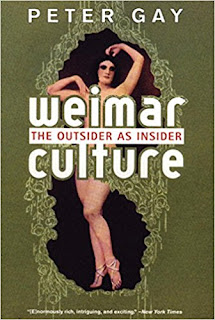 Peter Gay, Weimar Culture: The Outsider as Insider
Peter Gay's Weimar Culture is not so much a history of the Weimar Republic as it is an extended essay on why the Weimar Republic didn't last and eventually gave way to the Nazi regime. Germany wasn't ready for the progressive experimentation of Weimar culture to manifest as a socio-political mode; the stunted growth of German statecraft, a punishing post-war treaty, an over-reliance on proto-fascists to keep the peace, and the typical idealization of the past as a bulwark against modernity made it so the Weimar intervention would never truly win hearts and minds. Side note: Peter Gay really, really doesn't like the movie Metropolis. The venom really comes through! 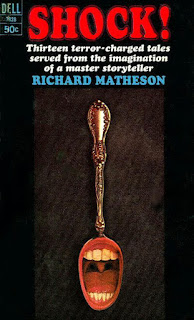 Richard Matheson, Shock!
I picked up a 1966 paperback copy of Richard Matheson's Shock! at the antique market for a couple bucks, and it was money well spent. Matheson pulls the reader along for the ride as only a master of the ripping yarn can: like Mr. Ketchum in "The Children of Noah," we're annoyed at the delay that prolongs his stay in the tiny hamlet of Zachry; like Talbert in "The Splendid Source," it's easy to get pulled into the mystery of where do dirty jokes come from; like Peggy in "Dance of the Dead," we dread what will happen when the wayward students go to see the monstrous gyrations of a living dead dancer. 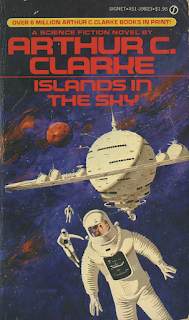 Arthur C. Clarke, Islands in the Sky
After finishing Arthur C. Clarke's Islands in the Sky and two things were clear: 1) He loves writing about the possibilities of space travel. He has that adolescent wonder about technology and the universe, and that really cuts through. 2) He doesn't seem to love writing fiction. His other books may operate differently, but this one is a series of small episodes with no real plot emerging: boy goes into space, some space things happen, boy goes back home to earth and it's bittersweet for the boy--next stop, Mars! It wasn't  bad, but actually fascinating. Like "the ecology of the 1950s space enthusiast" fascinating. 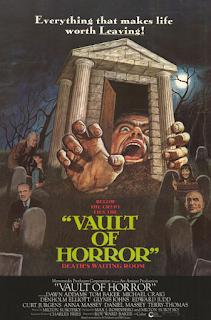 Tales from the Crypt (1972) and Vault of Horror (1973)
Both of these creaky Amicus horror anthologies are adaptations of EC Comics tales. What they lack in lavish production, they more than make up for in campy fun. The short run-time of each segment works to the overall benefit of the presentation; unlike many modern films that self-justify wasting your time, the bits in these films introduce an idea and resolve it as quickly as possible before moving on to the next. 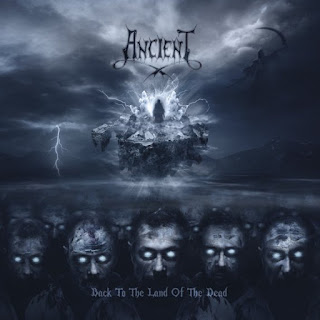 Ancient, Back in the Land of the Dead
During the explosion of Norwegian black metal, Ancient were always a second-string act. Althougth albums like The Cainian Chronicles and Mad Grandiose Bloodfiends have brilliant moments, they are also burdened by some ludicrous artistic choices--ludicrous even for the over-the-top theatricality of black metal. Over the years, though, Ancient have matured into a black metal band capable of crafting solid releases that simply don't garner enough attention. Perhaps it's because there's nothing flashy or infamous in the band's story--no killings, no loudly stated ideologies--but the world is sleeping on good albums like Back in the Land of the Dead. 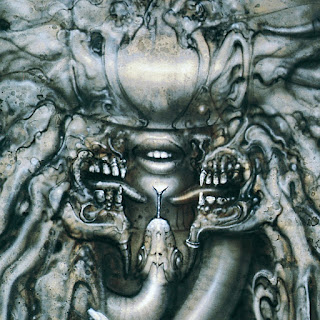 Danzig, I-IV
Now usually found in memes in which he carries kitty liter, there was a time when Danzig's albums were actually pretty amazing. Danzig came up in discussion while playing D&D recently, which tripped something in my brain--I just had to revisit the first four albums to see if they held up. And honestly, they have more than held up; although he often sounds like he's lost his wind these days, Danzig's Elvis-in-Hell bellow is in peak form here, and the bluesy metal laid down by John Christ remains unmatched. Real talk: Danzig & co. never got the credit they deserve for their song-writing chops.

Morbid Angel, Formulas Fatal to the Flesh, Gateway of Annihilation, Heretic
Zeal & Ardor, Devil is Fine
Helen Oyeyemi, The Opposite House
Posted by Jack Guignol at 12:01 AM