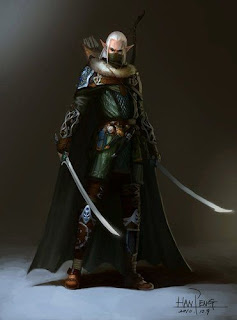 ANDASTROS QUALENETHI
Andastros Qualenethi was the captain of one of the most feared mercenary companies in war-torn Raben Vol Shai. When Qualenethi’s reputation as a war criminal became too infamous in the riven elven homeland, his enemies united against him. He fled Raben Vol Shai with his most loyal warriors and took control of Koraaz. His bloodthirstiness is legendary; he is spoken of in hushed tones as the Butcher of Beren Thuul.


SPECIAL FOLLOWERS
KORAAZ
Koraaz is supposedly the most democratic of the encampments in Cinderheim, but since the only citizens possessing the right to vote on its leadership are members of Andastros Qualenethi’s legions, the elven warlord faces no serious opposition to his continued rule.
NOTABLE FEATURES
ADVENTURES IN KORAAZ

This post completes the full set of warlords in Cinderheim. Here's the others:
Amuneta, the Liberator
Hamada, the Reaver of Cinderheim
Mama Lesedi Gheda, the Cult Leader of Cinderheim
Niu Bo Wei, the Hobgoblin Opium King
Toman Dak, the Grand Magus of the Nameless One
Tenoch the Devourer 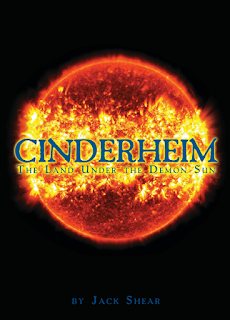