The Apostles of Dawn 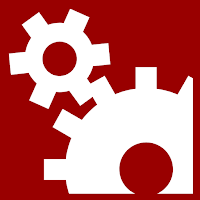 The Apostles of Dawn
A faction in Krevborna

The Apostles of Dawn are an order of wild and romantic artificers who push the combination of science and magic beyond the constraints of what is accepted or currently possible. Many of their order are obsessed with discovering the power of Lilitu’s ancient magical machinery. Since the Apostles promote scientific inquiry over faith and spiritual beliefs, they often find themselves at odds with the Church of Sacred Blood.
• Motto. “We light the lantern that defiles ignorance.”
• Belief. Scientific and magical research must always be pushed to the bleeding edge.
• Goal. Create new forms of weaponry to fight back against the monsters that trouble the land.
• Quest. Steal back a prototype weapon that was pilfered by bandits.
Posted by Jack Guignol at 12:01 AM