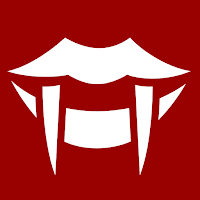 The House of Vargori
A faction in Krevborna

The House of Vargori is a noble lineage of Lamashtu famed for the beauty of its members. Like many of the noble families of Lamashtu, the heads of the family are vampires—but unlike most, the House of Vargori only grants the gift of undeath to particularly beautiful women within their ranks. The members of House Vargori belong to a pleasure cult that venerates Zorya as the demonic Mother of Lusts. The house is currently led by Countess Yulia Vargori.
• Motto. “Pain and beauty are all.”
• Belief. If we were not to drink so deeply of pleasurable pain, our senses would not have been made so acute.
• Goal. Usurp the throne of Lamashtu by wielding intelligence as a sharp blade that severs Queen Alcesta von Karlok’s control of the realm.
• Quest. Help a Vargori spy establish a foothold in an important household.
Posted by Jack Guignol at 12:00 AM