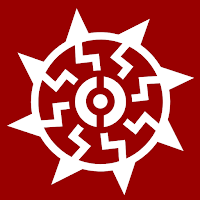 The Knights Labyrinthian
A faction in Krevborna

The Knights Labyrinthian are delvers who search for lost knowledge within the Grail Tombs. Knights in name only, members of the Labyrinthians are trained in diverse talents; they must be equally adept at exploring subterranean dungeons, combating monstrosities, and employing the academic arts of antiquarian scholarship. Some theorize that prolonged exposure to the Grail Tombs results in the gradual development of the strange psionic powers often found within the ranks of the Labyrinthians.
• Motto. “We need eyes beneath the earth—to keep watch on what watches us.”
• Belief. Occult means should be used to ensure Krevborna’s survival, even if it is heretical to do so.
• Goal. Uncover the secrets of the Lilituans in the magically preserved catacombs beneath Krevborna.
• Quest. Unseal an ancient vault and map its uncanny depths.
Posted by Jack Guignol at 12:00 AM