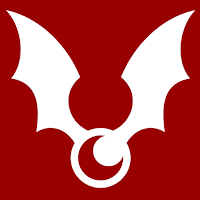 Vampires and Their Domains
The vampiric nobility of Lamashtu are intimately tied to the land of their fiefdoms. When crops are sowed, they emerge from their ornate fastnesses to consecrate the earth with their blood; this rite ensures a prosperous harvest and gives them supernatural control over their dominion. When a vampire lord is wounded or sickens, their land is blighted through sympathetic connection.

The Baroque Nature of the Vampire
It is in a vampire’s unholy nature to favor grandiosity; their baroque ostentation is a mockery of the natural sublime. The impulse toward majesty inspires vampire nobles to construct sprawling castles and towering cathedrals. This impulse also causes them to favor extravagant finery and aesthetic reverie.

The Mater Monstrum
Legends foretell the coming of a woman who will be known as the Mater Monstrum. Unless thwarted, she will become the bride of either a fiend or a vampire and birth a horde of unthinkable monstrosities that will usher in a lasting reign of evil. Although Krevbornite folklore contains many tales of monsters unable to withstand sunlight, the orb that shines down upon the world is a pale and compromised beacon. With the coming of the Mater Monstrum, the sun has turned sickly and its rays no longer harm creatures of darkness. Oddly, prophesies written in the Verbis Diavolo concerning the Mater Monstrum are imprinted on the insides of the skin of vampires; flayed vampires are studied by occultists in hopes of unraveling the mystery of this foretold bringer of abominations.