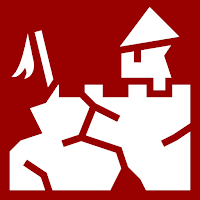 Veil
A location in Krevborna

Although it was set ablaze to purge it of evil by the Church’s templars, the forbidden town of Veil is still home to the desperate and depraved. Veil is comprised of the barely standing ruins of a once prosperous town; it consists of hastily repaired homes, looted buildings with shattered windows, and ramshackle shelters made from scavenged goods. Veil is haunted by the ever-present reek of smoke, soot, and ember.
Veil is a haven for outlaws, heretics, and those who do not want to be found by the world at large. In Veil, the strong dominate the weak. It is expected that those with power will abuse it. Among those who make Veil their refuge are gangs such as the Cutters, a gang of petty thieves and smugglers who are most famous for selling secrets and illicit information; the Jesters, motley-clad miscreants who run gambling houses, brothels, and fighting pits; the Headsplitters, dwarven thugs who operate an extensive protection racket; and the Fishwives, a consortium of bloodthirsty river pirates and assassins.
Posted by Jack Guignol at 12:12 AM