Behold the Undead of Dracula, Walk in Darkness, Venus in the Blind Spot, and More

Things that brought me delight in October, 2020: 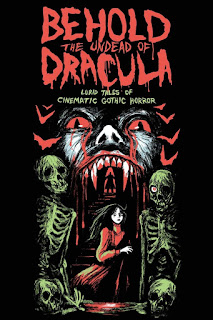 Behold the Undead of Dracula is a collection of Gothic horror tales inspired by the illustrious Hammer film production company. Although not every story in the anthology is a winner, you get the sense that every author involved had fun with the premise.

However, that isn't to say that there aren't some great chillers in the book. Gwendolyn Kiste's "Over the Violets There That Lie," for example, is an engrossing riff on Charlotte Perkins Gilman's "The Yellow Wall-paper" that draws on the exploitive gaze of Hammer's filmography while also working through some of the horrific implications of Poe's famous quote "the death, then, of a beautiful woman is, unquestionably, the most poetical topic in the world."

Gemma Files's "The Filthy Creation of Frankenstein," the lengthiest story in the collection, is similarly a treat. It gives agency, cunning, and a fiendish intelligence all her own to an often neglected character in iterations of Frankenstein--Elizabeth. When Elizabeth, Paul Krempe, and the Baron-Doctor become embroiled in a plot to supply immortal soldiers at the dawn of a new kind of mechanized war, well, things become rather explosive indeed. 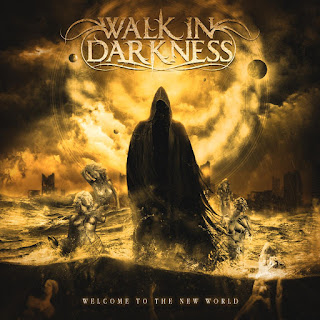 Walk in Darkness, Welcome to the New World and In the Shadow of Things

Walk in Darkness specialize in epic Gothic metal. Both Welcome to the New World and In the Shadow of Things are essentially Romantic in character; although the formula is familiar--soaring and emotive female vocals sometimes paired with growling male vocals, precise guitars, occasional symphonic embellishments--Walk in Darkness's music exploes the power of unconstrained passions. Their music has a marked Celtic ballad influence, which is odd for a band that I believe comes from Italy. 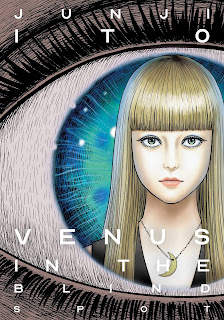 Junji Ito, Venus in the Blind Spot
I can't tell if the stories collected here were selected because they fit a certain theme the publisher had in mind for the book or if the stories share a theme because it permeates Junji Ito's horror comics, but most of the stories in Venus in the Blind Spot focus in one way or another on the theme of social isolation and the failure of society to enjoin its members into a coherent and healthy whole. Of course, the way Junji Ito explores that theme is through the extremes of perversity and monstrosity. There are some well known stories in this volume, such as "The Enigma of Amigara Fault" and "The Human Chair," but most of the stories were new to me. Ito's humorous ode to Kazuo Umezu comes at just the right moment, providing some levity before the collection plunges back into the valley of unforgiving nightmares. 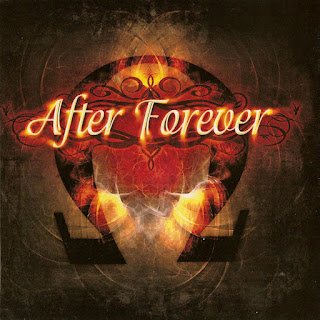 After Forever's self-titled album was also their final album. It feels like the last statement of a band with nothing left to prove; instead of going out with a radical change of direction or an attempt at a definitive, landmark release, After Forever turned in a fairly straightforward album of tight songs performed well. After Forever eases up on the bombast; the symphonic and operatic elements are used tastefully, the songwriting doesn't meander too much, and Floor Jansen's voice is given the space to be the main attraction without too much competition. 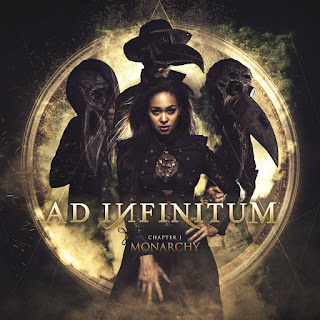 I feel a bit bad for Ad Infinitum; they released their debut album and were all set to tour, but alas, we live in the pandemic age. It's a shame too because Chapter I: Monarchy is a really amazing album. If you like symphonic metal that edges toward Gothic metal, do yourself--and Ad Infinitum--a favor and check this release out. Here's my recommended first taste, "See You In Hell." 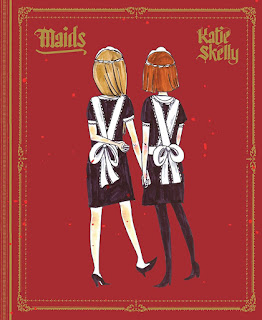 Katie Skelly's Maids is a graphic novel retelling the story of Christine and Lea Papin, sisters employed as maids in the household of the Lancelin family. On February 2, 1933, the Papin sisters murdered the wife and daughter of their employer. Skelly's comic doesn't really attempt to offer a definitive answer for why the pair killed the two women. Skelly dabbles in the popular conjecture of the day; yes, the notion of the killings being part of "class warfare" that had thrilled Sartre, Lacan, and Genet is hinted at as a motive, but so too is mental illness, incestuous codependence, and a history of trauma and abuse.

And yet, we'll never know the truth of what came to pass on the day Madame Lancelin and Genevieve had their eyes gouged out in the family home. The Papin sisters kept their secret, and Maids is similarly silent--the book ends with their eyes watching us from the darkness, daring us to speculate, daring us to interpret the horrors they were capable of. Sometimes you just do something for yourself and world will never understand. 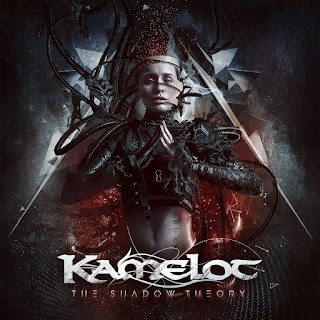 Kamelot, The Shadow Theory and Haven

I'm new to Kamelot, mostly unfamiliar with their back catalog, and definitely not knowledgeable enough to comment on their acquisition of a new vocalist, so I'm not sure how The Shadow Theory and Haven stack up against their previous releases. Both albums are extremely slick power metal with symphonic and progressive elements. I'm honestly not usually as into anything this pop and glossy, but something about their precise, ostentatious bombast has been working for me. This is perfect driving-around-town music. 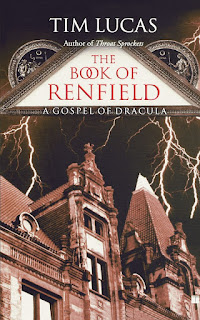 Tim Lucas, The Book of Renfield: A Gospel of Dracula

Tim Lucas's The Book of Renfield revisits the plot of Bram Stoker's Dracula, filling in the gaps surrounding the accursed purpose of Renfield, the mysterious lunatic who acts as Dracula's mad disciple. The Book of Renfield is at its best when it's delving into Renfield's back story; Lucas presents Renfield's history as both visceral and haunting; the patient's "oral history" is by turns earthy and ethereal. Although the novel's incorporation of modified sections of Stoker's work isn't seamless, I really did enjoy the way Lucas uses the familiar story to mine the religious tensions that have always felt a little unresolved by the end of Dracula. 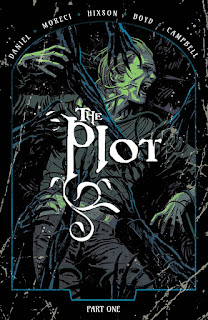 After the murder of their parents by a person--or thing--unknown, Zach and Mackenzie Blaine are taken in by their uncle Chase, a man most notable for running away from his problems. In his defense, he has some problems really worth running from: the family is haunted by a mucky creature that brings a dank bog with it wherever it manifests. The art in The Plot is solid throughout, but really comes into its own during those moments of manifestation where everything goes dank and murky. You can practically smell the swampy horror. Fair warning, though, if you're interested in picking up Part One of The Plot, you should know that nothing really gets explained or resolved in the issues it collects; this does feel like a four-part introduction. Also noteworthy: the cover gallery in the back is sublime, with several fun riffs on classic horror covers done over with The Plot's thematics. 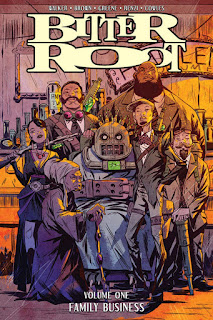 I kept thinking about Toni Morrison's expression of the idea of "the jungle" in her novel Beloved while reading Bitter Root. Through the character of Stamp Paid, Morrison points out that systemic racism is not just dehumanizing to the devalued subjects of racism but also to those who directly benefit from it. Bitter Root approaches the same concept metaphorically through the two kinds of monsters fought by the Sangeyre family: there are creatures created by the burden of their own hate and creatures created by the pain and degradation of being hated.

A further bifurcation exists within the Sangeyre family itself that revolves around the focal point of how to deal with hatred; should racism be approached with purification and rehabilitation in mind or is it too vile, too intractable to require anything other than a fierce amputation? Big questions with no easy answers. And that sense of unease is perhaps more horrifying, more haunting, than the cartoonish monsters on display. As it should be.

The comic is bolstered by a truly impressive array of back matter. You expect the variant covers (which are stunning), and even the fan art (which is also stunning), but I don't think I've ever read a comic that collects so much scholarly writing on race and genre as part of its total experience. Absolutely amazing stuff that will make you go back in and read the comic anew from the beginning.