Great Old One Patrons in Krevborna

Mastery of the arcane can be gleaned through the study of heavy tomes laden with occult secrets, but some who seek power instead choose to become conduits for the power of entities that are beyond human understanding. The following four elder gods are particularly active in recruiting mortals to their service. 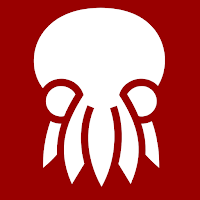 Forbidden tomes claim that the elder god known as Malistrad will not emerge from beyond the stars with the others of its kind—rather, Malistrad will arise from the depths of the sea, where it has slumbered for eons. Whalers, pirates, and other sailors are sometimes spared from death at sea by Malistrad’s whim; some of these rescued mortals then adopt Malistrad as their profane god. Though Malistrad sleeps, its dreams touch the mortal world—it sometimes imparts visions, omens, and dire prognostications to men and women as they sleep.

Appearance. A colossus of eel-like flesh, vaguely man-shaped, festooned with tentacles, and laden with chains. 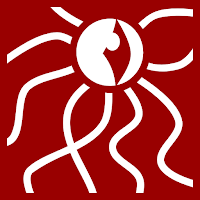 Menoch is elder god associated with eldritch scholarship, black magic, and the opening of gates to other planes of existence. He imparts unwholesome wisdom by offering grimoires and other unspeakable tomes to wayward scholars whose pursuit of the arcane has driven them down dark corridors of forbidden research. Menoch cannot tolerate the light of the sun; he only manifests at night. It is said he was worshiped as a god in Kharima.

Appearance. An imperious man with a face flayed of skin whose skull has been split to reveal a throbbing mass of boiling brain beneath. 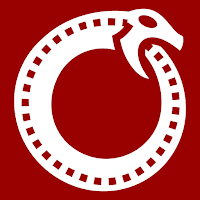 Vora is an elder god who wishes to meld all sentient creatures into an unthinking, rotting colony under her sole sway. Vora promises a respite from the burden of choice and self-direction. Her fell influence is felt in the world through a variety of eldritch horrors designed to steal free will from mortals, such as fungal infections that make their victims slaves to Vora’s prerogative and foul rites of rebirth as mindless, decaying undead.

Appearance. Either a decaying skeleton dressed in the tatters of rotten finery, infested with mushrooms and other fungal growths or a beautiful, red-haired woman with worms and beetles writhing beneath her translucent skin. 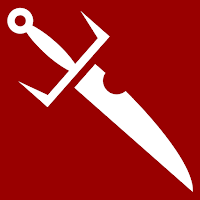 Although Zirafel’s true nature is unclear, some arcanists believe that he is a former mortal who was infused with the occult power of the elder gods through a sacrificial rite that transformed him into something otherworldly. Zirafel traffics with desperate mortals, granting power and occult weapons to those who pledge themselves to his service. Shrines devoted to Zirafel are sometimes found in the slums of Krevborna’s cities, particularly in times of uncertainty and during outbreaks of pestilential disease.