Nova Vaasa is one of the Ravenloft domains that got demoted from a Core domain to a paragraph blurb in Van Richten's Guide. The version of Nova Vaasa I'm presenting below takes the vibe of the blurb and adds some Weird West inspiration. If you like this sort of thing, check out Strahd Loves, Man Kills. There's a handful of both issues left in stock. 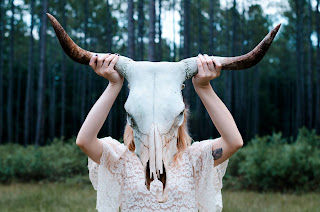 Domain of the Accursed Frontier

The people of the Nova Vaasa frontier were once tribal nomads, but they were united into a nation called Vaasa by a great warlord named Myar Hiregaard. She ruled with strict fairness, though her bellicose nature ultimately made her a poor leader for a populace who desired to set down roots, adopt the ways of settled civilization, and build enduring communities.

Vaasa was shattered by a civil war known as the War of the Five Stewards. The violence of the conflict, combined with the bloody lengths Myar pursued to stamp out the hostilities, ruined the Vaasans’ attempt to forge a lasting union as a burgeoning nation. In the aftermath of the hostilities, the towns and villages of Vaasa lay devastated, and the land itself was incurably poisoned by the conflict. No crops would grow in the soil tainted by the blood spilled in the War of the Five Stewards. The Vaasans were forced to resume their ranging and roaming. Leaving the ruins of Vaasa behind, they headed into the western frontier to seek Nova Vaasa, literally “the New Vaasa,” to rebuild what they had lost.

Nova Vaasans now find themselves trapped a life of perpetual westward migration. They dearly want to settle permanently, but the land allows them no such stability. Rich veins of ore in the hills and mountains tempt pioneers into establishing mining camps, but lodes mysteriously vanish. Farmsteads are decimated by plagues of locusts. Villages are raided by undead bandits.

On the frontier of Nova Vaasa, nothing is permanent and plans for the future always comes to ruin in the end. When nascent communities inevitably fail or fall to catastrophe, they become part of the desolated east as the pioneers of Nova Vaasa up stakes and move further into the unexplored west. The frontier promises a land of plenty and a chance of establishing permanent settlements, but the Nova Vaasans are chasing a dream that will never be fulfilled.

Those familiar with Nova Vaasa know the following facts:

• The people of Nova Vaasa continually travel west across the frontier in hopes of finding habitable sites that will blossom into towns, ranches, and farmsteads.

• The land itself seems to reject settlement. Accidents, violence, and strange phenomena push the Nova Vaasans to continue their westward march.

• Nova Vaasa’s temporary forts, encampments, and wagon trains are sometimes attacked by a bandit called Malken and her posse of undead riders.

• As they move westward, Nova Vaasans encounter mysteriously abandoned ghost towns and horrific creatures who hunt in the untamed wilderness.

Nova Vaasa is a domain of endless rolling plains, black hills, canyons and gulches, and sweltering deserts. Due to the curse that afflicts the land, it has no permanent settlements or persistent sites. Most communities last a few scant years at most, and some are forced to move on after only a matter of months. Once the settlers flee further west, the remains of their failed attempt to settle are swallowed by the Mists. Some settlers stick together on the long trail west, continually reestablishing their communities before inevitably having to abandon their current location to try again in another area of the Nova Vaasan frontier.

Bergovitsa is a community of ruffians who travel westward through the mountains and hills of Nova Vaasa looking to establish a profitable mining operation. Though he wields little real authority in Bergovitsa, Soren Rivtoff acts as its impulsive and unreliable sheriff. Whenever Bergovitsa reestablishes itself as a mining camp, it is eventually consumed by bouts of raucous drunkenness, bitter vendettas, and deadly gunfights.

Nova Vaasans sometimes discover eerie ghost towns as they move west. These towns are always dilapidated and appear to have been long abandoned. Searching a ghost town reveals few clues as to the identities of its former residents. However, some Nova Vaasans have noticed architectural elements or stray items that remind them of the towns and villages they’ve left behind in the east—pieces of the lives they’ve forsaken seem to reappear as grim reminders of their fate as rootless, wandering pioneers.

Kantora is a traveling tent revival and missionary movement led by the renegade priest Othmar Bolshnik. The preachers of Kantora believe that their god, a tyrannical deity called the Lawgiver, has ordained that a paradise awaits the Nova Vaasans somewhere in the west. The religious leaders of Kantora favor a fire and brimstone style of sermonizing, and they include speaking in tongues and handling poisonous snakes as part of their rites.

Led by a scheming brothel madame named Lara Vistin, Liara is a community of swindlers who survive by providing services such as gambling, saloons, and prostitution to other travelers on the frontier. The trajectory of Liara’s wagon train frequently intersects with the paths of other would-be settlers. Liara attaches itself like a parasite to drain both coin and resources before moving on to the next marks further down the trail.

A celebrated warrior of the Hiregaard clan, Myar united the nomadic tribes of the vast plains of Vaasa. However, Myar Hiregaard made a poor peacetime leader. When brutal games could no longer hold her interest, she incited hostilities between four of her vassal tribes that resulted in a bloody civil war, then led her own forces to crush the opposing belligerents. The wide-ranging conflict of the War of the Five Stewards tore the nation apart and caused a supernatural doom to befall the land.

After Myar’s greatest massacre, the Mists enfolded the land and split Myar’s being in two. By day, she leads her people west across an accursed, ever-expanding frontier, but by night she transforms into an undead bandit called Malken who preys upon the settlers who follow in her wake across the expanse of Nova Vaasa.

By day, Myar Hiregaard appears to be a hardened woman still wearing the uniform she donned during the War of the Five Stewards. Her statblock is similar to that of a veteran. By night, Myar’s becomes a desiccated revenant clad in a moth-eaten duster who sports a black wide-brimmed hat and two matching pistols that spew hellfire.

Malken’s Posse. In her guise as Malken, Hiregaard is attended by a group of wights mounted on nightmares. Malken’s posse is the terror of the frontier, thundering across the plains to assault any travelers or settlements they encounter.

Closing the Borders. When Hiregaard closes the borders of Nova Vaasa, brutal winds carrying abrasive grit begin to tear across the frontier. Those who attempt to reach the Mists find themselves trying to push through a sea of tumbleweed as the biting winds render the border always just out of reach.

Myar Hiregaard wants to be viewed as the founder of a great and enduring nation, but the Dark Powers and her own aggressive impulses conspire to make that impossible.

• During the day, Myar Hiregaard acts as a leader of her people and a bringer of order.

• With the coming of night, Malken is driven to cause chaos and wanton destruction.

Myar Hiregaard is a difficult woman, hard to please and expectant of deference. Malken is an unhinged maniac who delights in slaughter and the look of fear in her victims’ eyes.

Personality Trait. “I must take pains to keep my savage and unnatural alter ego in check.”

Ideal. “Nova Vaasa will emerge as a lasting nation, and I will be revered as the mother of that nation.”

Bond. “I need to be seen by my people as a leader. I can never appear weak or indecisive in their eyes.”

Flaw. “I cannot still the hell that’s in these hands.”