The Cult of the Rotmaiden 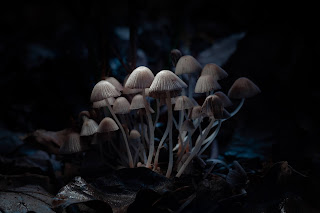 The Cult of the Rotmaiden

A faction in Ravenloft

The Cult of the Rotmaiden is a circle of nihilistic druids devoted to Zuggtmoy, the Demon Queen of Fungi. Rotmaiden cultists wear furs that they have allowed to become sodden and rife with fungal growths. The cult’s goal is to cleanse the land of what they see as the sadistic degeneracy of civilization and clear the way for the rebirth of the “pure” natural world promised by Zuggtmoy.

Once a criminal confined to a brutal prison labor camp, Dahlia Medlozka escaped with Zuggtmoy’s aid and eventually became the hierophant of the Cult of the Rotmaiden. She is a thin, pinched human woman in her late twenties—though the world’s cruelty has prematurely aged her. She wears moldering furs and a ushanka that is festooned with purple and black fungi. Her back is deeply scared by the lash she was subjected to in the camp.

Although Dahlia is a hardened woman, she has great empathy for those who are abused or oppressed. She views the cult not as an extension of an evil agenda, but rather as a tool of liberation through which the wronged can make the civilized world pay for its misdeeds. She hopes that the cult’s efforts can usher in a better world in which all become equal as Zuggtmoy weaves together the consciousness of every living being into a biological tapestry devoid of individual will.

Dahlia has statistics similar to that of an archdruid, though like most members of the Cult of the Rotmaiden she also has several abilities from the Circle of Spores druid subclass.

Personality Trait. “I will do anything it takes to survive in this cruel, heartless world.”

Ideal. “The people who harmed me will pay dearly.”

Bond. “The downtrodden are my brothers and sisters.”

Flaw. “I am haunted by the brutality of my imprisonment in the labor camp.”

If you like this kind of content and you haven't check it out already, print copies of Strahd Loves, Man Kills are still available here. Only a handful of the first and second issues left, though!