Below is a Gothic "powder keg": a cast of npcs with deeply perverse and entwining goals and desires--a mess perfect to throw the characters in your game into. If you like this sort of thing, keep in mind that you can get the print version in Strahd Loves, Man Kills issue #8. Only a few copies left! 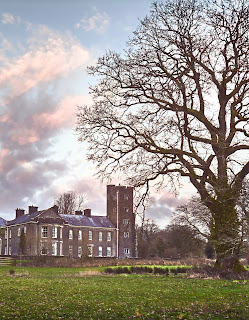 Wildeacre is a country estate in a rural stretch near the moors of Mordent; it has long been the seat of the venerable Caulheart family. In terms of farms, tenants, and landscape, Wildeacre is a typical example of the gentry’s holdings, complete with a slightly run-down manor house at its heart. The estate is currently owned by the brother and sister team of Adamus and Adela Caulheart, but there is something rotten at work in Wildeacre. 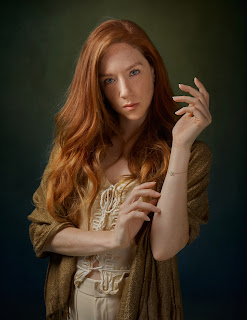 Adela Caulheart
Adela is unduly and obsessively attached to the land of Wildeacre. Her love of the estate and its farmland is a dark undercurrent of unwholesome, pagan passion; whether through delusion or
supernatural agency, the land whispers to her in her dreams.

When Adela realized that her brother would inherit the land she loved, and she would inevitably be married off and sent to live on her husband’s property, she seduced Rikard Lemka, Wildeacre’s groundskeeper, and convinced him to assassinate her father. Once her father was out of the way, she
lured her craven, weak-willed brother into an incestuous relationship in order to maintain her connection to Wildeacre. By mastering Adamus, Adela has become the true lord of Wildeacre.

Adela Caulheart’s Traits
Ideal. “I will remain the mistress of Wildeacre until my dying day—and perhaps even long after my demise.”
Bond. “I cannot bear the thought of being separated from my beloved estate.”
Flaw. “My love of fleshly pleasure obeys no moral strictures.”

Adventures with Adela Caulheart
Use the statistics of a noble to represent Adela. Consider the following plots when featuring Adela in an adventure:
• Adela wants to hire adventures to exorcise Rikard Lemka’s spirit from Wildeacre.
• Having grown bored of Adamus’s slave-like devotion, Adela frames her brother for the murder of their father. Playing the part of a betrayed sister, she entreats the characters to bring him to justice—helpfully freeing her from his lusty and tedious attentions. 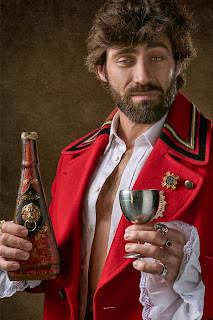 Adamus would be an utter failure as the master of Wildeacre if it were not for his sister’s administration of its farmlands and their tenants. He is over-educated in academic matters and under-educated in practical concerns.

While at boarding school he fell in a crowd of boys who used him, literally, as their whipping boy. Masochism is now an ingrained predilection that shapes his tormented psyche. It was the discovery of his masochistic streak that allowed his sister to seduce him; now she uses her body and a barbed lash to bend Adamus to her will.

Ideal. “I wish to be left alone and absolved of all responsibility for Wildeacre.”
Bond. “The pleasures found in pain bind me to my sister.”
Flaw. “My wife looks at me with pity, and that destroys me.”

Adventures with Adamus Caulheart
Use the statistics of a noble to represent Adamus. Consider the following plots when featuring Adamus in an adventure:
• Adela begins to spend less and less time applying the lash to Adamus, causing him to suspect that she has taken another man as her lover. Acting under the guise of a concerned brother, Adamus hires the adventurers to spy on her to determine what (or who) is occupying her evenings.
• Unable to stand his wife’s obvious disdain, Adamus murders her in a fit of passion. However, now that she is gone, her clockwork assassins have no one to keep them in check. The deadly toys begin to run amok, necessitating Adamus to seek outside assistance to deal with them. 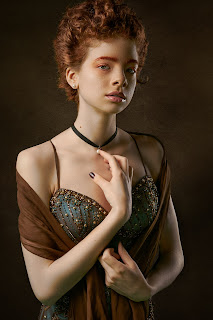 Adamus’s bride, the child-like and fragile Cecilia, seems relieved that her husband’s amorous attentions are directed elsewhere, but she is not truly as naive as she appears. Skittish Cecilia sees everything and has set her own schemes in motion.

As the daughter of a family renowned for creating complex clockwork toys, Cecilia labors away in her workshop in Wildeacre. She crafts a small army of automatons designed to murder her husband and his sister so that Wildeacre will become her family’s property.

Ideal. “In an ideal world, I would fritter away my time crafting new amusements for children.”
Bond. “My family has entrusted me with the duty of killing the Caulheart siblings and inheriting their estate. I will not fail them.”
Flaw. “My husband’s touch makes my flesh creep.”

Use the statistics of a spy to represent Cecilia. Consider the following plots when featuring Cecilia in an adventure:
• Cecilia needs one final ingredient to unleash her army of murderous clockwork toys: souls to power them. Cecilia invites the adventurers to Wildeacre, intent on killing them and using their spirits to animate her toy assassins.
• Cecilia’s schemes came to the attention of one of the Caulheart siblings, who quietly sent her to an early grave. Cecilia’s parents hire the characters to investigate her mysterious death at Wildeacre. 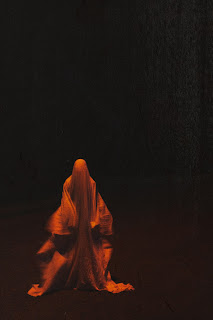 After Rikard murdered Adela’s father, she set a bear trap in his path so she might dispose of her inconvenient lover and the one man who knew of the plot to kill her sire. The trap crushed his legs; Rikard was left to die alone and in great pain. His specter continues to haunt Wildeacre, dragging behind it the trap used to end his mortal life.

Rikard Lemka’s Traits
Ideal. “I will torment Adela
until she confesses to my murder.”
Bond. “I can feel the presence of my mother on the estate, but I dare not manifest to her.”
Flaw. “Even in death I feel pain.” 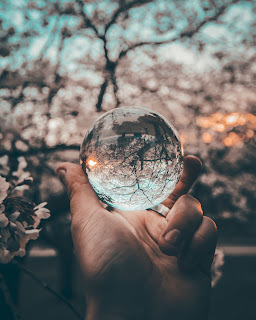 Complicating matters is Josette, Rikard’s Vistani mother, who is known to be a witch. Formerly a
tenant of Wildeacre, she vanished soon after her son’s death, but has recently been spotted wandering the estate’s woods. When Josette discovers the cause of her son’s untimely death, she will make it her life’s work to cause the downfall of the Caulheart family.

Ideal. “My son’s death was no accident; I will uncover the truth of his demise.”
Bond. “My son’s torment pulls at my heart.”
Flaw. “I cannot rely on the forces of law and order for justice.”

Use the statistics of a specter to represent Adamus. Use the statistics of a Barovian witch to represent Josette. Consider the following plots when featuring the Lemkas in an adventure:
• Rikard appears to the characters, attempting to lead them to evidence that would prove he was murdered by Adela.
• Josette enlists the adventurers’ aid in staging a play for the Caulheart family. The plot of the play includes details exposing the Caulhearts’ many crimes and moral failings. Josette hopes that the play will catch their consciences and cause them to admit to their misdeeds.
• Rikard intermittently possesses one of the characters to use them as the instrument of his revenge against the Caulheart family.
• Things come to a head when the tribe of Vistani that Josette formerly traveled with arrive and set up camp on the outskirts of Wildeacre. Josette has called in a very large favor—the Vistani are willing to wage outright war against the Caulhearts at her behest.