Below is a location and two fiendish NPCs from my Ravenloft campaign. The obvious inspiration here is Swenney Todd. The full write up appears in Strahd Loves, Man Kills 9.

While I'm shilling, note that there are three copies left of issue 6. When those sell out, as usual I will make the pdf available to all and sundry. To sweeten the deal, I'll even post something else people have been asking for: a cleaned up compilation of the first six issues of SLMK, ready for printing as a book or viewing as a pdf. 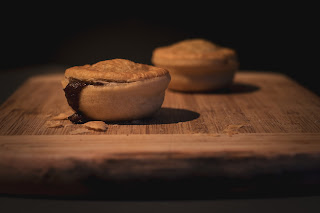 Crouch & Treacle’s Pie Shop is an eatery serving meat pies in the Richemuloise city of Pont-a-Museau. Although some residents of the city suspect that Lucinda Treacle and Bartram Crouch, the shop’s joint proprietors, supplement the filling in their pies with rat meat, the truth of the matter is much worse: both are serial killers who murder their fellow humanoids and use their flesh to make the pies they sell in their shop.

Bartram and Lucinda are former sailors. Wishing to leave the seafaring life behind, they pooled their savings and opened a pie shop in Pont-a-Museau. However, desperation soon set in when they found it impossible to source meat cheaply enough to keep their business afloat. With the end of their business and the loss of all their money in view, the duo sought the aid of a demonic force to help them escape dire straits.

An entity calling itself the Candlestick Maker answered their call. It promised to usher them into prosperity and ease—if they would make a pact with it, allow themselves to be transformed into fiendish killers, and take up the task of murdering their fellow citizens and baking their bloody flesh into delectable savory pies. Once they agreed to the creature’s terms, the Candlestick Maker dubbed Crouch and Treacle the Butcher and Baker, respectively. 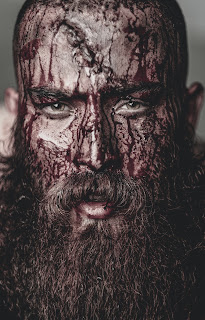 Before opening Crouch & Treacle’s Pie Shop, Bartram Crouch served as a brutal boatswain onboard a mercantile vessel. He was charged with maintaining discipline and applying the lash to wayward sailors—a task he relished.

He has the stats of a relentless juggernaut. He wields a sledgehammer that has the same attack profile as a relentless juggernaut’s executioner’s pick, save that it deals bludgeoning damage instead of piercing. When Crouch is on the hunt for victims on the darkened streets of Pont-a-Museau, he wears a mask of humanoid leather styled to resemble the grinning visage of a feral hog. 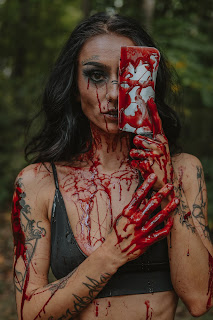 Lucinda Treacle worked as a ship’s cook aboard a privateer that often turned pirate during lean times. Used to the ways of rough sailors and cutthroats, Lucinda knows how to hold her own even among ruffians. Sharp of tongue and quick with a knife, few survive unscathed when her fiery temper is roused.

She has the stats of a relentless slasher. When Lucinda is on the hunt for meat, she poses as a prostitute to lure her “clients” into dark alleyways where she can slit their throats out of view. She has been known to take trophies from her victims, amassing a small collection of their personal affects.