Not My Ravenloft: Powers Checks 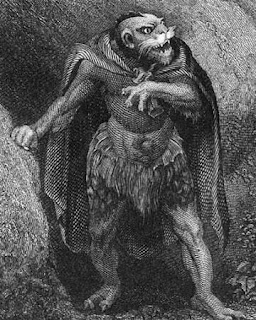 Ravenloft is my favorite of the official D&D settings. However, there are some bits of the setting's mechanical implementation that I just don't use, for one reason or another. The first of them that I want to talk about is the powers check mechanic introduced in the Realm of Terror box set.

Powers Check
The idea behind the powers check mechanic is suitably thematic for a Gothic setting. Committing evil acts in Ravenloft triggers rolls to see if your character is warped by the powers of darkness until they ultimately become a villainous NPC under the control of the Dungeon Master. Along the way toward becoming an NPC villain, a character gains strange powers and finds their body and mind twisted and corrupted.

Although that descent into evil is a very Gothic notion, the mechanic mostly serves the purpose of enforcing 2e AD&D's sense of morality to deflect any holdover criticism from the years of the Satanic Panic. In my view, the mechanic can be a roleplaying straight jacket instead of game design that reinforces the Gothic mood. If a player wants to lean into the idea that their character has become tempted by evil or corrupted by darkness, which also seem perfectly cromulent in a Gothic setting, the mechanic punishes them for playing in that mode by eventually taking their character away. The road down into the abyss also has a tendency to cripple your character in one way or another.

The Realm of Terror box set is explicitly clear that powers checks are intended to make players play the game the right way: "The AD&D game is designed for heroes, but the best intentions of the DM and all guidelines to the contrary, some people insist on playing the opposite. These players, if not careful, may find their characters gradually wrested from their control." You can almost hear the beleaguered sigh of the camp counselor as they tell you kids to knock it off or nobody will be allowed to go swimming after lunch.

However, since the base concept of characters becoming warped by choosing evil is a compelling one, I leave this up to the player's choice instead of mechanizing it in my games; if a player wants to see their character changed by shadowy forces, I'll work with them so that we can see that happen in a way that is satisfying to the player instead of a punitive measure.
Posted by Jack Guignol at 12:00 AM