Hemlock
A location in Krevborna.

Avoided by pious folk, the mining town of Hemlock has abandoned the Church of Saintly Blood to follow vile pagan ways. Hemlock’s most powerful family, the Graymalk clan, are rumored to practice the darkest arts of witchcraft and to have made unholy pacts with liege devils. Sèances are a popular pastime for Hemlock’s prosperous citizens.

Director's Commentary
Hemlock is the "folk horror" area of Krevborna. It was mostly inspired by a witch village in Joseph Delaney's The Last Apprentice series, but there are elements of The Wicker Man and The Witch in here too. And probably more than a little inspiration drawn from the episodes of Penny Dreadful where Vanessa Ives is learning witchcraft in that isolated cottage. Or possible like the town in the show Salem if the witches won and ruled more openly.

Mother Malaryn and Horne definitely have a Last Apprentice flavor; they were the villains of one of the campaigns I ran in Krevborna. The Graymalk family has appeared in several adventures I ran back in the G+ days; they are some of my favorite NPCs to roleplay. The Graymalks are also inspired by the various witches in Last Apprentice, but again there's a heaping helping of Evelyn Poole and her witchcult in Penny Dreadful in the mix as well.

The "criminal element" has been something that has gotten built-up over the last few years of play. I should make a post about the shadowy Soparla soon.
Posted by Jack Guignol at 11:58 PM No comments: 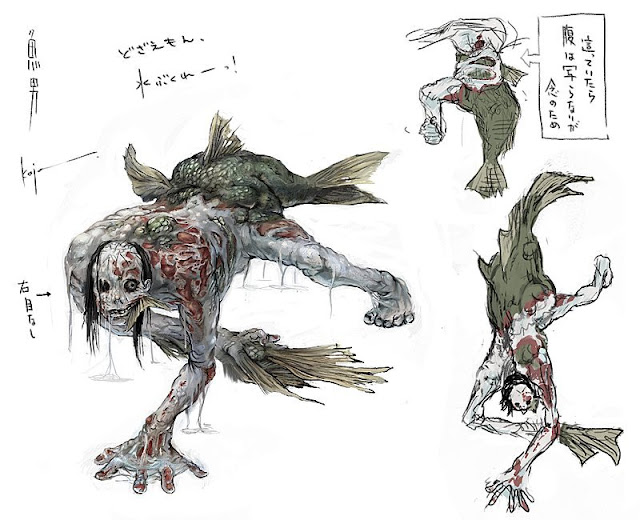 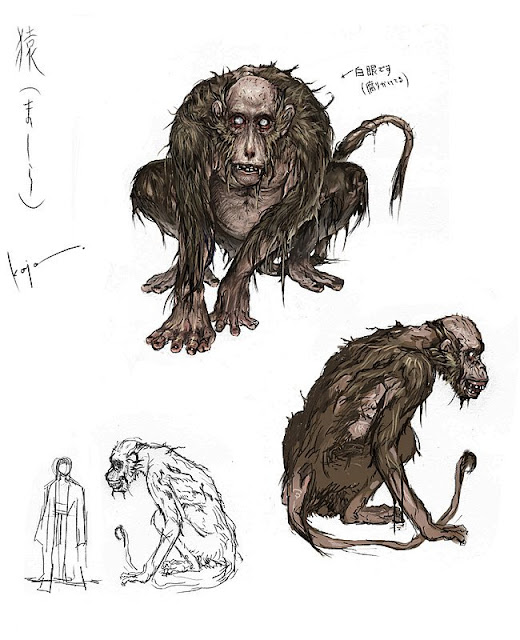 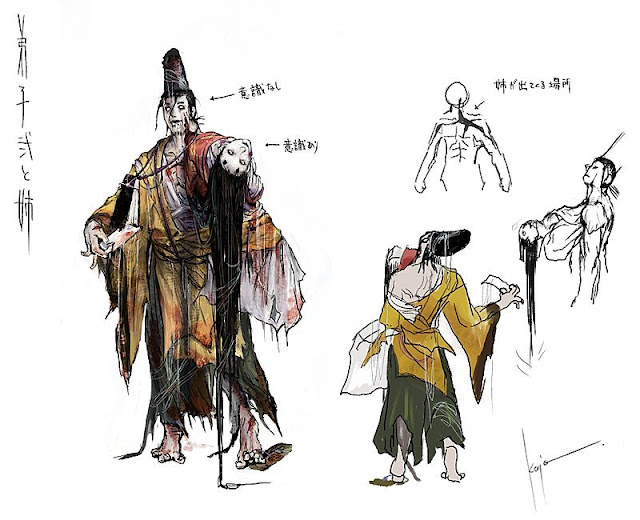 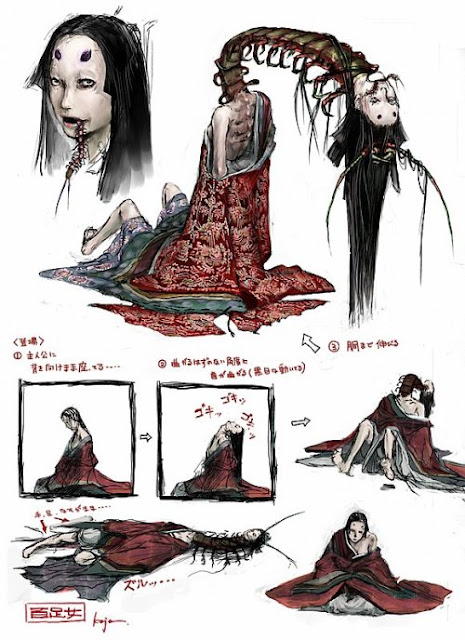 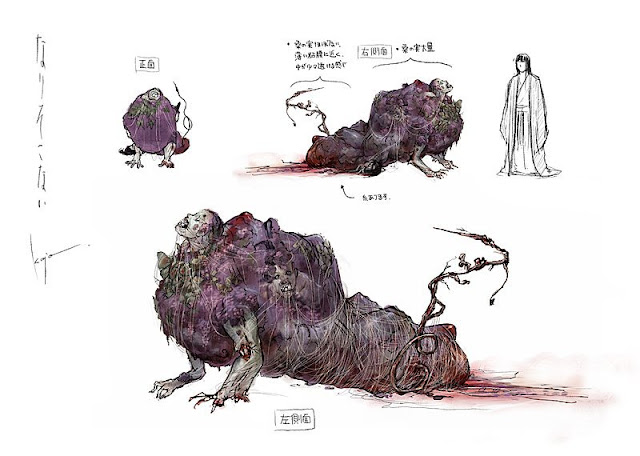 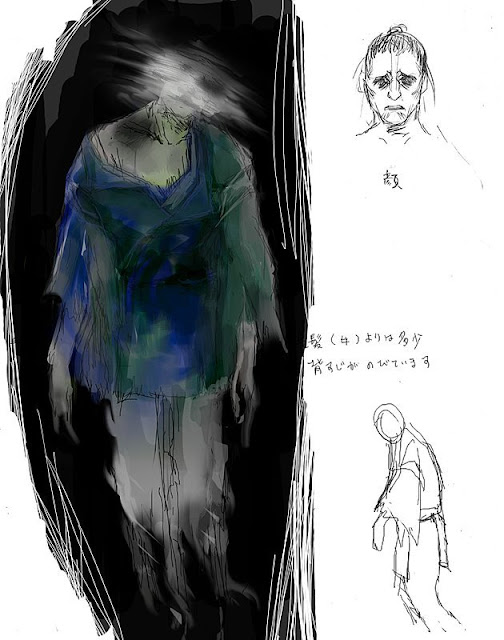 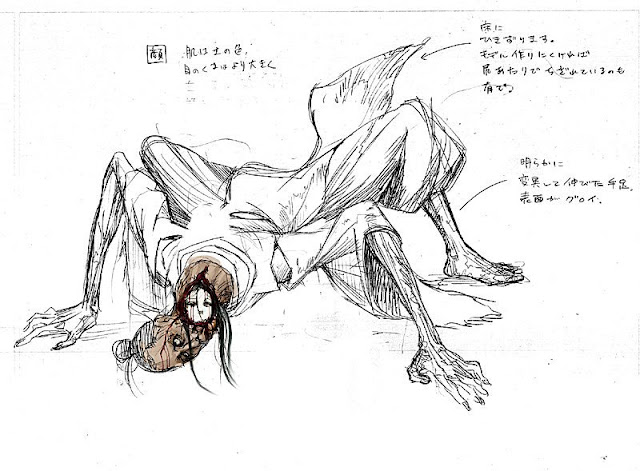 Email ThisBlogThis!Share to TwitterShare to FacebookShare to Pinterest
Labels: night gallery, you died 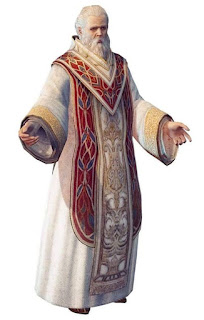 The Choristers
A faction in Krevborna

Description
The Choristers are the elite upper echelon of the Church of Saintly Blood. They believe that the gods are dead or distant, and that the human condition can be transcended through the consumption of the sanctified blood of saints. Their stronghold is the Orpheum Cathedral in Chancel. The Choristers are known to consult blinded augurs who live within the Cathedral before guiding the Church down drastic paths.

Though they present a united front to the faithful of the Church of Saintly Blood, the faction is rife with internal politics and division. The members of the Choristers fight among themselves for position, prestige, and leadership of the Church. Brother Lazarus is the current head of the Choristers; he has proven very difficult to depose and has weathered many a crisis.

Motto
The Church of Saintly Blood is the silver sword that cleaves the darkness in twain.

Director's Cut
The Church of Saintly Blood is an obvious riff off the way the Catholic Church is usually deployed in Gothic fiction. (As it turns out, 18th century British Protestants tended to have a pretty hefty bias against continental European Catholicism.) As such, the Choristers generally represent the corrupt religious leaders often found at the head of those depictions. This is where all your evil monks and sadistic nuns go. I don't think I've ever had a player in one of my games trust this faction.
Posted by Jack Guignol at 12:01 AM 2 comments:

The Gods, Church of Saintly Blood, Heathens and Druids 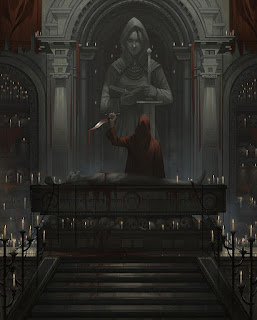 The Absence of the Gods
Gods were once reverenced throughout Krevborna, but in ages past they withdrew their influence from the world. Some say that the gods abandoned mankind to its dark fate due to unforgivable sins. Others believe that the gods retreated after they were betrayed by the rebellious angels who became demons and devils. Some even claim that the gods were killed and consumed by cosmic forces of darkness known as the Old Ones.

The Church of Saintly Blood
Although the apparent absence of deities is felt keenly, divinity still maintains a foothold in Krevborna through the legacy of the Church’s saints. Saints are venerated in place of the gods. Those of holy blood transmit their sanctity down through the generations; men and women who evidence a touch of the divine spark are regarded as heirs to the saints and their blood is viewed as sacred. The rites of absolution and healing practiced by the Church of Saintly Blood involve imbibing the blood of these saintly descendants—often mixed with the mundane blood offerings of the faithful—or blood baptisms given in ancient fonts. The most common holy symbol associated with the Church is a glass vial of consecrated blood on a silver or golden chain.

Heathens and Druids
Before the precursor faith that became the Church of Saintly Blood arrived in Krevborna, the human population revered the fey ladies Queen Devania, Baba Linya, and Bonnie Maeva as a tripartite goddess. Druids and their flocks still give worship to those fey ladies in isolated, rural regions. Most pagan circles are beneficial to the rural communities they minister to, but some revere the more bloodthirsty and destructive aspects of nature. For example, the druids of the Zatmoor cult led by Dahlia Medlozka use the threat of nature’s wrath to feed their own ambitions and twisted desires. Likewise, hag covens pervert the old ways to serve their own ends. The Church regards practitioners of the old faith as heathens and pagans to be converted or exterminated.

Director's Commentary
When I started building Krevborna I knew that I wanted an alternative to the kind of typical gods you usually find in fantasy settings. The possibilities that suggested themselves were monotheistic religion in which THE god is a real thing or something based on saints whose veneration survived the disappearance of their gods. Either one was bound to take on a pseudo-Catholic tone, but ultimately I found the latter more appealing to my own sensibilities.

The focus on saintly blood was (obviously) partly inspired by Bloodborne, but it also opened up a space to make the rites of the Church strange and off-putting. They have an intentionally vampiric vibe: the religion focuses on consuming holy blood (as a dark parody of the Eucharest and its resonance with vampire myth) or bathing in it (bringing in shades of Elizabeth Bathory).

An Easter egg: you can find the Church's holy symbol, a blood vial, in an illustration that Aos did for the Krevborna book.

Regarding the heathenism, I wanted to tie druidry to the fey lords and ladies in an explicit way. But I also didn't want to have the early religion be a woo-woo "the old ways were in connection with the earth and were obviously better and more moral!" thing. I see paganism as just as much of a mixed bag in the setting as the Church.
Posted by Jack Guignol at 12:00 AM 4 comments: 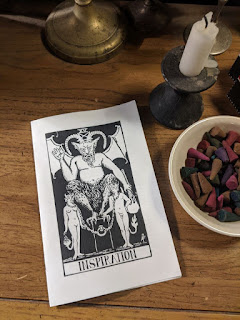 Zine Quest 2 is currently underway. I admit, I haven't really been paying attention to what's on offer. I did get a preview of A Visitor's Guide to the Rainy City, and I can definitely recommend checking it out.

I don't have anything of my own to promote for Zine Quest 2 as I don't really feel comfortable with Kickstarter for my projects, but in the old spirit of free content I do want to offer you a free zine: The Inspiration Zine.

The Inspiration Zine presents four different ways to use the inspiration mechanics in 5e D&D:

To print your own physical copy of the zine, print the second pdf as double-sided (duplex), set to flip on the short edge. This will give you two double-sided pages to fold in half, for eight total pages that flow in order when assembled.
Posted by Jack Guignol at 12:01 AM 2 comments: 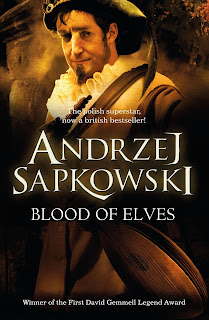 Bad Books for Bad People, Episode 41:
Blood of Elves, by Andrzej Sapkowski
Before it was a hit video game series, The Witcher was a series of novels by Andrzej Sapkowski, the "Polish Tolkien." Geralt of Rivia is fast becoming one of the most recognizable modern fantasy heroes, a stoic combo of monster-puncher and irresistible ladies' man who travels the strife-torn landscape in search of dark creatures to battle. Join Jack and Kate as they explore the first full-length novel in the Witcher series, The Blood of Elves.
What unexpected parallels to noir fiction will be uncovered? How does Three Men and a Baby figure into all of this? Just how important is it to stay on good terms with your exes (particularly if they are all sorceresses)? Will coins, in fact, be tossed to our Witchers? All this and more will be revealed in this month's episode.
Posted by Jack Guignol at 12:00 AM No comments:

The Grail Tombs
A dungeon in Krevborna

Ancient catacombs deep within the earth, the Grail Tombs are the remains of the Lilitu, a technologically advanced civilization that predates the rise of man. The Lilituan Empire fell when it embraced demonic cults that ultimately transformed their noble rulers into the world’s first vampires.

Adventures in the Grail Tombs

Director's Commentary
The Grail Tombs give a reason for there to be ancient dungeons waiting to be explored beneath Krevborna's surface. They also give a reason for introducing any weird technology that doesn't fit in the setting--the Lilitu did it! Finally, the Grail Tombs hint at the origins of vampirism in the setting; one intrepid fan mostly figured out the mystery here, which I found most impressive.

Here's Matt Colville on why you need a dead empire in your campaign setting: