I've published three system-neutral setting books at this point: Planet Motherfucker, Ulverland, and Colonial Ethersea. Each one of those books is small; they're all trade paperback format and the longest is under sixty pages. They're calculated to fit within my personal preferences: concise over compendious, flavorful rather than all-encompassing, lots of "holes" to be filled in as you want instead of completely defined.

Essentially, the kind of setting material I value fits into the theory of writing that Edgar Allan Poe outlines in his essay "The Philosophy of Composition." Although Poe was addressing what he valued in literature, it's a pretty good fit for explaining what I value in setting products. Poe's essay outlines three central tenets of literary composition:

Length
As Poe states in "The Philosophy of Composition," "It appears evident, then, that there is a distinct limit, as regards length, to all works of literary art — the limit of a single sitting — and that, although in certain classes of prose composition, such as 'Robinson Crusoe,' (demanding no unity,) this limit may be advantageously overpassed, it can never properly be overpassed in a poem." Clearly, Poe favors shorter literary works--works that can be consumed within "the limit of a single sitting." To Poe's mind, the immediacy of a short story trumped the expansiveness of a novel. (This is also evident when you consider the typical length of his own literary productions.)

For me, the best settings are ones that I can digest in a single sitting. I'm currently dipping into the Eberron campaign setting, and honestly there is no way I could read that hefty tome in one go. It also points to a matter of subjective taste: I prefer my settings sketchy, with room to improvise. A setting that takes more than one sitting to read through will always be too developed, or too large, to interest me fully.

Method
Poe took issue with the artistic myth-making perpetrated by the Romantic poets. According to authors like Wordsworth and Coleridge, the archetypal Romantic was someone who would retreat into nature, become inspired by the natural world because of their rarefied aesthetic sensibilities, and experience a "spontaneous overflow of strong feelings" that would be recorded as poetry. This spontaneous overflow was supposedly the raw lyricism of the Romantic poet, unleashed from the confines of the rational mind; but Poe knew better. Although the Romantics captured their impressions as they occurred, they were also ruthless editors who produced draft after draft as they polished their work before presentation. The myth of the perfect first draft as the shining evidence of the poet's soul is just public relations.

Or, as Poe would have it, "Most writers — poets in especial — prefer having it understood that they compose by a species of fine frenzy — an ecstatic intuition — and would positively shudder at letting the public take a peep behind the scenes, at the elaborate and vacillating crudities of thought — at the true purposes seized only at the last moment — at the innumerable glimpses of idea that arrived not at the maturity of full view — at the fully matured fancies discarded in despair as unmanageable — at the cautious selections and rejections — at the painful erasures and interpolations — in a word, at the wheels and pinions — the tackle for scene-shifting — the step-ladders and demon-traps — the cock’s feathers, the red paint and the black patches, which, in ninety-nine cases out of the hundred, constitute the properties of the literary histrio." The value for campaign products is evident here as well: as much as I like seeing an explosion of inspiration, I want that inspiration to be tempered by well-chosen edits and a serious consideration of how all the setting elements cohere together.

Unity of Effect
Taking his poem "The Raven" as a paradigmatic example, Poe argues that all great literature should strive to express one feeling or atmosphere. Everything within the work--characters, tone, word choice, setting, symbolism, etc.--must work in orchestrated unity to produce a singular effect for the reader.

A good setting, in my estimation, does one thing only but does that one thing well. There's a reason why kitchen-sink settings are sometimes maligned; in attempting to be everything to everyone, they're often rendered bland in the process. My preference is for a setting that has one theme or feeling or aesthetic experience writ large.
Posted by Jack Guignol at 7:15 AM

Magic Summary for Beyond the Wall 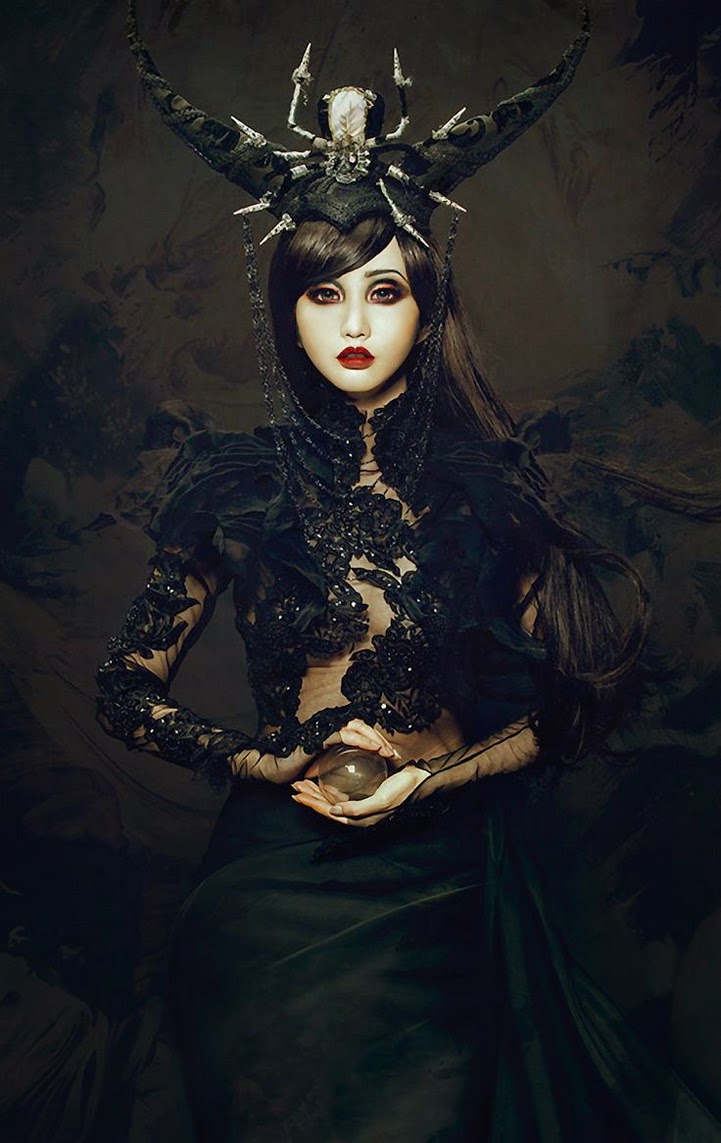 I found myself wishing there was a summary of all the cantrips, spells, and 1st level rituals in Beyond the Wall (with governing attributes for cantrips and rituals, no less), so I made one for myself. Maybe this will be helpful to you too.