The Beast Awakens, The Little Stranger, The Blood of Roses, and More

Things that brought me delight in July, 2020: 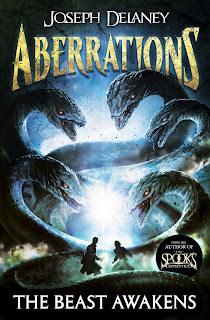 Joseph Delaney,
Aberrations: The Beast Awakens
I loved Joseph Delaney's Last Apprentice series. The Beast Awakens, the first book in the Aberrations series is strong stuff. The set-up is that an expanding, mutating patch of unfathomable darkness has settled over part of Lancaster; it's a bit like Annihilation in that the darkness, known as the Shole, is confounding and full of monsters. Crafty, the book's protagonist, is a kid assigned to work as a "gate grub"; his Fey blood allows him to enter the Shole through portals to do jobs for adults who monitor his progress from a safe remove. There's a bit of a Harry, Dumbledore, Snape triangle in the relationship between Crafty, the head gate mancer, and a villainous gate mancer nicknamed Viper. However, instead of just shaking their fists at the Snape analog, the kids are actively planning on murdering him. The Beast Awakens gets dark. Another episode enters the intersection of folk horror and body horror; the kids have to dart into the darkness to attempt to recover the duke's son, but when they find him, they discover that his lower body has been transformed into roots that extend into a hellish bog. They have to dig him up like a mandrake while he screams in agony. But perhaps the most horrifying element of the novel is the callous disregard the adult gate mancers have for the children employed as gate grubs. To the gate mancers, the grubs are simply expendable tools. 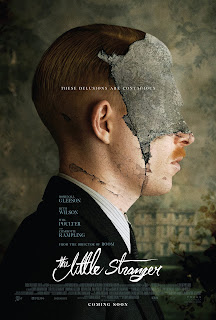 The Little Stranger
I love Sarah Waters's novel The Little Stranger. To my mind, it's one of the best haunted house stories of all time. However, there's never a guarantee that a movie adaptation of a beloved novel will hit the right notes. I can happily report that the film version of The Little Stranger is actually very good. The novel is not a short, compact read, so obviously some things needed to be truncated to keep to a reasonable run time, but all the important elements of the plot and characterization made it into the final cut. After watching the film, I looked at the reviews of it and was somewhat surprised by them. I probably shouldn't have been. The Little Stranger is not really a horror movie or even a conventional ghost story, so it makes sense that an audience more used to Paranormal Activity part 8 didn't really get what the story is doing. 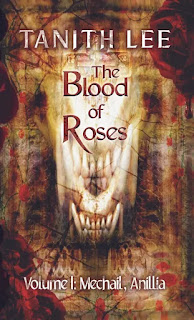 Tanith Lee,
The Blood of Roses, Volume I: Mechail, Anillia
Previously only available in the UK, Immanion Press has done the holy work of publishing Tanith Lee's The Blood of Roses as a two volume set for a wider audience. Even though I've only read the first volume, I feel confident in gesturing toward The Blood of Roses as further proof that no one has mastered Gothic fantasy as well as Tanith Lee. A young prince is accosted in his crib by a black moth that resembles Christus impaled upon the sacred tree; he grows up crooked and broken, only to be refashioned by a fate beyond life and death. Things spirals out from there--a chaos of desire and confusion that always collapses into a neat web of a supremely ordered plan. Anjelen, a magister of the church and Knight of God, sits at the center. The mother, a witch and far more besdies, rises against the tide. Another girl, born from the pursuit of the black moth, defies the flames of damnation to become something else entirely. Faith, and blood, and vampires. 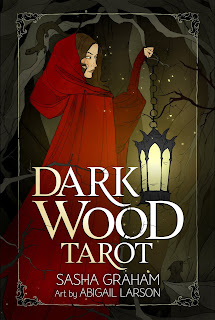 Sasha Graham and Abigail Larson,
Dark Wood Tarot
As soon as it was announced that Abigail Larson had done the art for a deck of tarot cards, I knew I'd be adding them to my collection. And what a set this is! Not only are the major and minor arcana all illustrated with original art by Abigail Larson in her easily recognizable Gothic Fairy Tale style, but the set includes a deluxe over-sized box and a hefty illustrated guide written by Sasha Graham. The illustrated guide is great; it provides details on the symbolic meanings of the cards and different spreads. It also provides a larger reproduction of the art from each of the tarot cards, which is helpful as the cards themselves are on the small side and the art really deserves to be seen in the larger format. 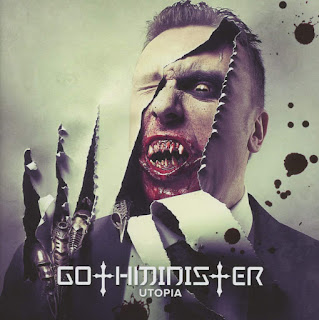 Gothminister,
Empire of Dark Salvation, Gothic Electronic Anthems, The Other Side, Utopia
Gothminister is a band with a limited trajectory of evolution. Their earliest efforts are stomping Gothic industrial. Think Rob Zombie, but for the Vampire Lestat crowd. As their albums progress, heavy guitars come to the fore. Think Rammstein, but for the Vampire Lestat crowd. However, the basic formula remains the same--this is big, silly, Halloween music. The name encapsulates the concept nicely: Gothminister is a ridiculous, theatrical appellation, but it's not without its appeal. Darkness as anthem, you might say. 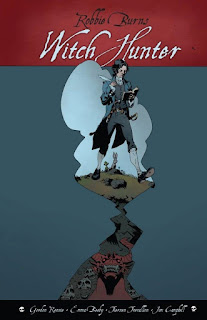 Gordon Rennie, Emma Beeby, Tiernan Trevallion, Jim Campbell,
Robbie Burns: Witch Hunter
The premise behind Robbie Burns: Witch Hunter is simple enough: what if, aside from his poetical and womanizing ambitions, circumstances forced Robbie Burns to adopt the role of a witch hunter? After spying a coven at their blasphemous rituals, Burns is saved by a duo of experienced witch hunters--but in their flight from the demonic host, Burns is marked as a sacrifice. The pair have three days to turn the rough ploughman into a witchfinder. Of course, Robbie can't help but fall for the beautiful, red-haired witch hunter Meg. But what of his poems? Well, suffice to say that Robbie Burns: Witch Hunter does as clever as a trick with "My Love is Like a Red, Red Rose" as is possible. The art style is definitely in the mold of the Mignola-esque, but given the topic and the time period that really works well here. The monsters are suitably gribbly and the women suitably buxom. All in all, this felt like a fun celebration of Robbie Burns while also speculating on an alternate life that the author of Tam o' Shanter could have led. 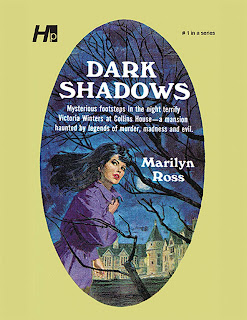 Marilyn Ross,
Dark Shadows
I had long wished that it was easy to pick up the Dark Shadows novels published in the 1960s; thankfully, they have begun to be reprinted! The alternate Dark Shadows timeline posited in the first book is pretty wild, but it's a different flavor of wild than what I found in Lara Parker's Dark Shadows novels. It's been a while since I watched the early episodes of the show, but these novels feel much more concentrated in their distillation of the Gothic, perhaps because they have to squeeze a plot line into 150 or so pages instead of endless episodes of a daytime show. In this novel Victoria Winters feels even more driven by need, and the mystery of her parentage seems more acute. Her instant desire to fit into the household or to discover that she is a secret Collins heir reminds me a lot of how the doctor in The Little Stranger desperately wants to have some claim over the old mansion. Within days she is in a desperate romance with Ernest Collins, a concert violinist cousin of Elizabeth Stoddard who does not exist in the television show, forming attachments quickly so she can't be ousted from the object of her desire. Victoria as unreliable narrative is a bold move, but then again all of the versions of the recognizable cast feel at least slightly cracked: Elizabeth is keeping more secrets than usual, Roger is a sexual predatory on top of being a drunk, Carolyn is Id personified, etc. The overall feeling is something like "David Lynch's Dark Shadows." The most fraught moment: Carolyn asks Victoria, "Do you frug?" She does not. Too consumed by neuroses for that. 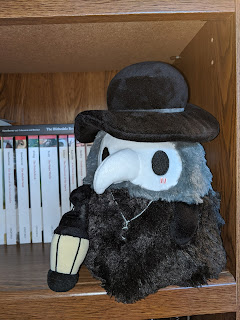 Squishable Plague Doctor
I made a new friend during these "unprecedented times."
Posted by Jack Guignol at 11:54 PM