The Other Boleyn Witch 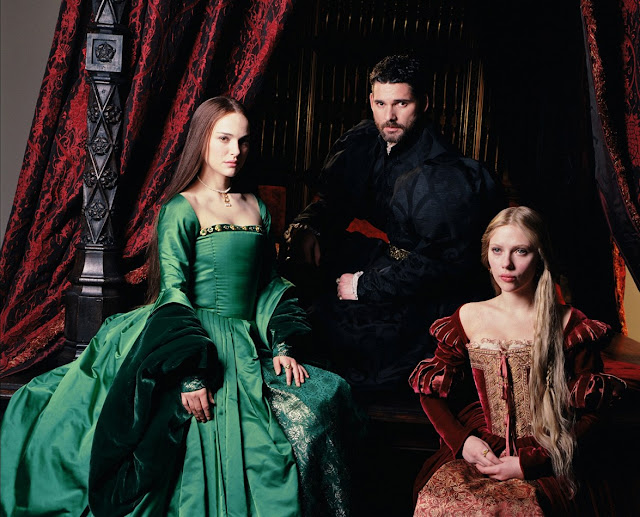 A pseudo-historical campaign sketch: What some peasants whisper about Anne and Mary Boleyn is true–they have bewitched King Henry!

The Boleyn family has always been an ambitious one, but their dreams of prestige, power, and wealth saw only minor fulfillment; that is, until Thomas Boleyn made a pact with the Devil and initiated his children into the occult mysteries of black magic. Through their father’s machinations, Anne and Mary Boleyn have used their place at court to work foul spells of att‚raction on Henry VIII. Their brother George, with whom the sisters engage in an unholy and incestuous tryst, also pours poison in the King’s ear.
If their plan comes to fruition, the King will divorce his lawful wife Catherine and break with the one true Christian church. If one, or both, sister becomes pregnant with a male child what monster will be heir to the English throne?

The player characters could be agents of the Queen enjoined to thwart the Satanic maneuvering of the Boleyn sisters–or perhaps they are Catholic partisans who will not see their country excommunicated from the Catholic faith. They might even be assassins sent from the Pope to stamp out this foul heresy in England’s court.

Inspired by: The Tudors, The Other Boleyn Girl, old Solomon Kane comics.
Posted by Jack Guignol at 12:04 AM