How To Unsell Me on Your Games 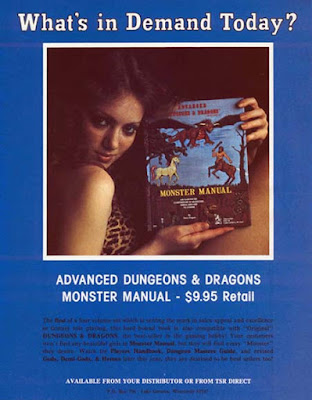 Promote your game by shitting on some other game. I don't really care how boring or banal or vanilla you think the other game is, but I do know that as soon as you draw an unfavorable comparison between your game and another I begin to suspect that your game isn't a worthy effort on its own merits.

Present your game as edgy, boundary-pushing, or irreverent and then claim outrage as soon as your intentionally/potentially offensive product is deemed offensive. Courting controversy also reads as not having much faith in your game's value. Also? I lived through the 90s, I already know how hollow 'tude is as a marketing tactic. Yes, it works on rubes, but what doesn't?


Fail to make your game open source if your game is based on open source material. If other folks were good enough to give you the basis to make the rules for your game, I think it's ethical to pay it forward by also putting your rules work under the same umbrella if possible. And if you're just copy/pasting an already extant game into a new format with shittier art--get lost.

Tout a mechanic as revolutionary when, in fact, it's been around forever. This makes me wonder if you have played many games that aren't D&D. There is a wide world of games and game systems out there, I hope that anyone doing game design work is at least conversant with it.

Emphasize your game's "structured play" (turns, phases, procedural generation, etc.). Most games that game-ify the flow of play end up making it feel mechanical and abstract in a way I don't care for. This is purely a personal taste thing, but I like things to be more free-moving and open rather than either rigidly defined or randomly generated on tables as the guiding principles of play. I don't even like B/X's Order of Events in One Game Turn or Combat Sequence.

Bring up your game material (with a link to where it can be bought, natch) in threads and conversations only remotely (or not at all) connected to your game's premise. Pushy people suck, and so do people that treat others as wallets to be rifled. There are games I'd probably like but there is no way I'm checking out because the author made a nuisance of himself.

Try to sell me on a game I already own. When I see Strength, Dexterity, Constitution, Intelligence, Wisdom, and Charisma on the character sheet for your game, I assume I could approximate your "retroclone" or "hack" with a page of house rules applied to the books I've already got. Seeing the OSR logo on the cover is sometimes a red flag. Similarly, calling your narrative game a "love letter" to another game that already exists isn't exactly a deal-breaker, but it does give me pause.