I've currently read all the volumes of Kentaro Miura's Berserk manga that have officially been translated into English. Aside from the story and art, the series comes with a built-in mini-game: spot the influences. Berserk draws heavily on established visual vocabulary in its character designs: 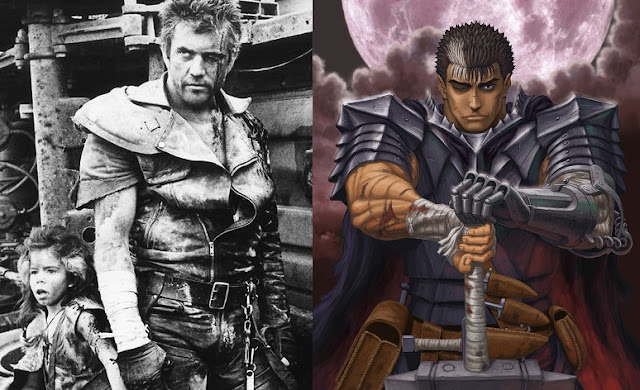 The Phantom of the Paradise and Femto

Berserk has also inspired a lot of other media, particularly the games created by FromSoftware: 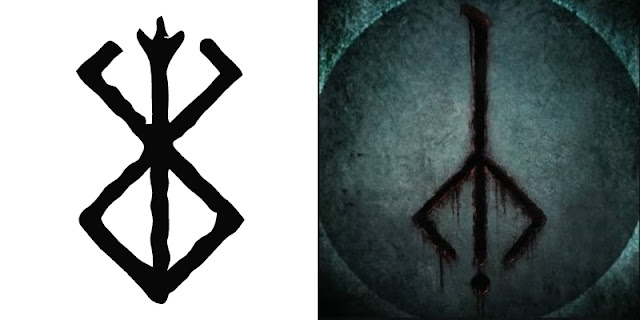 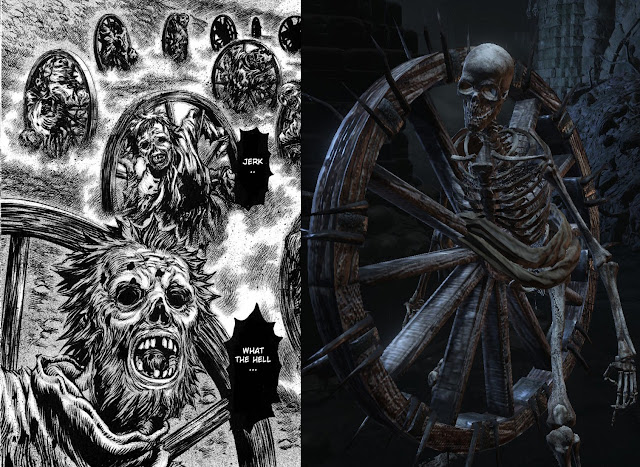 Berserk's religious nut armed with a wagon wheel weapon and Bloodborne's Logarius wheel (Logarius is, predictably, a religious nut)
Posted by Jack Guignol at 12:04 AM