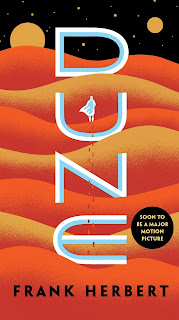 Want to make a setting that is a powder keg of competing interests, intrigues, and goals? A potential conflagration into which to thrust your player's characters?

The set-up of Frank Herbert's Dune is what you should be stealing from. Although it's got a ton of worldbuilding and detail, the basic set-up of Dune is pretty simple and easy to reskin to suit just about any campaign setting. The conflict in Dune revolves around six competing factions, each of which is easy to scrub of specificity and refashion.

Here's what Dune has and here's where you get to play with the ideas therein: