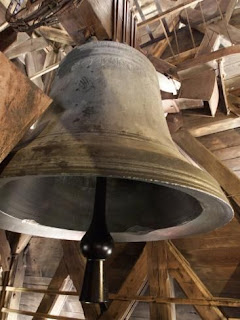 After resting in the gardener's cottage on the grounds of the convent of Our Lady in the Mists, the party saw that there was smoke rising from the east; they surmised that the wooden barricades they had hid behind previously in the keep had been lit afire. The group decided to carry on exploring the west side of the convent grounds, starting with an unusually thick and fecund grove. As they neared the center of the grove, they could hear a mixture of masculine and feminine laughter.

13 Shattered Mirrors and Tekla volunteered to scout ahead while the rest of the party waiting within the cover of the trees. Tekla and 13 Shattered Mirrors found that there was a clearing at the center of the grove. A woman with blue-tinted skin and green hair lounged within a pool in the clearing, a woman with leaf-life hair leaning against a tree, and a bestial man covered with shaggy red fur and who sported a crown of wildflowers woven among the horns on his head sat upon a boulder with pan pipes at his side. Clearly, they were in the presence of fey creatures.

The nereid in the pool gave her name as Mirandela, and she introduced her compatriots as Rosalva and Druzka. The fey could tell them only a little about the evil that had befallen the convent, but they did learn that a woman of supernatural origins had come to the convent and corrupted the knights and nuns--had, in fact, made them her minions through fungal infection. This mysterious woman only ever prowled the grounds by night, and she had not yet set foot within the grove. The fey were content to let her do what she would as long as she left them in peace; that, Mirandela said, was the secret to living a long life.

The fey were able to relate to them that the waters of the pool and the fountain were said to be blessed by a saint of Ezra's faith, but this belief was mistaken; the water did have magical properties, but its source was the Feywild. Druzka was able to tell them where they might find darkling rose; he claimed that it was a rare plant that had largely died out, but that a woman named Leonora Vos was still cultivating it in her greenhouse in Lamordia. The name of Leonora Vos was known to them; they had been told to seek her out if they wanted to return to their own world.

They asked the fey if they could spend the night within the grove, since it seemed like a place of relative saftety, to which the fey enthusiastically agreed. Since they had a few hours before nightfall, the group decided to explore the rest of the west side of the grounds before retiring for the evening.

Tekla sent her dove familiar to scout the bell tower; it seemed empty, but they didn't want to risk finding out what would happen if the bell was rung. Along the way to the watchtower at the far end of the compound, the party discovered a fountain. The fountain featured a statue of a beatific woman in robes holding a sword and a shield on which a sprig of belladonna was engraved. Al' tried various combinations of the flowers they had previously collected with the water from the spring in the silver chalice they found in the ruins of the nursery, but nothing strange or miraculous occurred.

The watchtower appeared to be the most fungus-infested building they had yet encountered on the grounds. It was a tall spire, easily the oldest building they had discovered, but fungal matter crept up the tower walls, obscuring the stonework and windows. The party decided they wanted no part of the watchtower and instead returned to the grove. The fey brought out earthenware jugs of wine, hoping to engage the party in a night of debauchery, but the party only gave in to a moderate amount of revelry. They wanted to get an early start on their heroism in the morning.
Posted by Jack Guignol at 12:00 AM