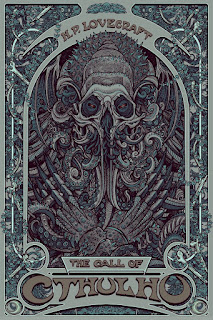 Much of my scholarship and teaching centers on the Decadent literature of the fin de siecle. While the "weird tales" of the 20th century have been mined extensively for use in RPGs, the work of the Decadent and Aesthetic movements is still ripe for adaptation. Here are a few off-the-cuff gaming ideas that riff off some classics of literary Decadence: 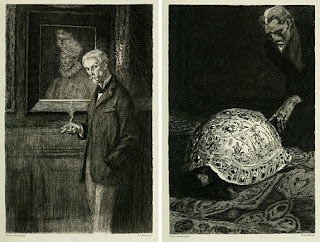 Joris-Karl Huysmans’s A Rebours: the novel takes place within one location–a decadent aesthete’s house; with a li‚ttle twisting, we get a dining room made to look like a ship’s cabin (what if it allows for real transportation through time/space?), monstrous plants, an organ that creates alchemical potions depending on what notes and chords are played, a library that mixes the sacred and the profane (enjoy sorting through the Latin pornography to find that grimoire, suckers), a funerary banquet for the host’s lost virility (or is that a ritual to summon Shub-Niggurath?), more enchanted paintings of Salome than you can handle, a bejeweled tortoise as vaunted treasure. 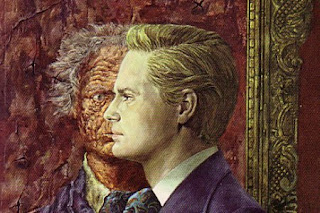 Oscar Wilde’s The Picture of Dorian Gray: Where is Basil Hallward? There are rumors of his demise to be investigated; these rumors take the characters to high-society dinners, exhibitions of the Royal Academy, East End opium dens, and low theaters alike. Characters to meet and interrogate: Lord Henry and his Yellow Book (Yellow Book/Yellow Sign?), Sybil Vane (who seems possessed when performing on stage...work in some Hastur/King in Yellow here), the debased chemist Alan Campbell (whose suicide will happen right as the characters need him most, but was he laying the groundwork for Herbert West?), and of course Dorian himself (what if Dorian’s portrait isn’t merely the barometer of the state of his soul, but something that absorbs his evil nature and take on a life of its own?). 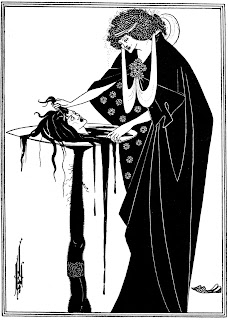 Oscar Wilde’s Salome: Not the events of the play itself, but rather the events surrounding the play. The Lord Chamberlain’s office denies the play’s performance not on the grounds that it contains biblical themes, but rather because they know the performance is a really a series of ritualized motions and incantations to let loose something otherwordly and monstrous. Of course, those degenerate French fail to see the metaphysical horrors at work and have authorized the play’s performance. How to stop it? Bonus game of "guess which is the avatar of Nyarlathotep": Lord Alfred Douglas (he did seem to have an uncanny power over Wilde), Sarah Bernhardt (another of Wilde’s great muses), or Wilde himself (what was it exactly that he learned amidst the stacks at Oxford)? Vatican involvement–what if the head of John the Baptist is kept somewhere as a relic...a relic that can speak and still has a horrible prophecy to deliver?
Posted by Jack Guignol at 12:00 AM