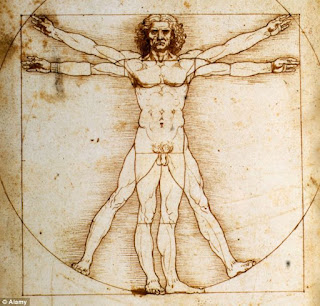 If you're designing a game, I think it's useful to think of all the choices or separate procedures a player makes while creating a character as belong to different "buckets." For example, if character creation in your game means choosing ability scores, race, class, and starting equipment, you are asking players to dip into four different buckets to make their character. Consider how quick you want to character creation to be and how complicated you want the process to feel when designating how many "buckets" make up a new character.


Examples of how choosing your buckets affects the speed and complexity of character creation: in Shadow of the Demon Lord you only have to pick from one bucket to start with (you choose your character's ancestry) vs. in 5e D&D you have to pick from at least four buckets (ability scores, race, class, background).

Speaking of SotDL, I really like the character sheet for Shadow of the Demon Lord precisely because it's clean, evocative of its genre, and doesn't look like a tax form. If you're thinking about character creation in terms of "buckets" it's also useful to think about how you're going to present those buckets visually to help make character creation feel less like work.

Note, however, that it goes without saying that sometimes a "bucket" is actually buckets-within-buckets. For example, in 5e D&D picking a class might also mean making choices within the class you settle on; if you pick "cleric" from the bucket of class options, you're also going to have to pick your cleric's specialized domain. Buckets-within-buckets aren't uncommon, but if you're writing your own game you should probably try not to let the number of buckets hidden in other buckets get out of hand.

Since we're talking about buckets-within-buckets, you know what really grinds my gears? Extraneous attributes in the ability scores bucket. This most often takes the form of keeping D&D's baggage of six ability scores (Strength, Dexterity, Constitution, Intelligence, Wisdom, and Charisma) when a slimmer set of ability scores or a different array of score more appropriate to the game's genre would have worked much better. Seeing Strength, Dexterity, Constitution, Intelligence, Wisdom, and Charisma on a character sheet for a game that isn't D&D is practically a deal-breaker for me at this point.

It's also worthwhile to think about what needs to be a "bucket" and what does not. For example, I'll never understand why Dungeon World seems to think that you need to choose one of three options when it comes to your character's eyes, hair, or clothes. On one hand, that feels insulting; did the game's authors think that the reader couldn't handle that on their own? (It should also be noted that the options they present an invariably lame.) On the other hand, it feels like they're wasting your time since the "bucket" of appearance isn't a real mechanical choice that matters.

In summation: if you're writing a game, think about how many choices and moving pieces you want a player to navigate during character creation; consider how the buckets you're using are going to be presented; don't let your buckets-within-buckets spiral out of control; put some thought into what ability scores actually matter in your game; don't make me pick dumb stuff like "fiery eyes" or "wise eyes," please--make sure the buckets you choose actually matter.
Posted by Jack Guignol at 12:01 AM