The Umbral Warlock and the Feral Boy

Two NPCs from The Liberation of Wormwood: 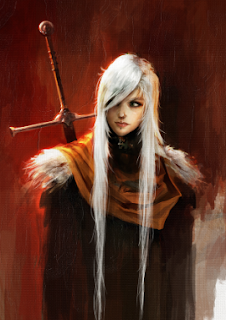 Eshi-Dala
Eshi-Dala is a warlock who has been driven mad by her pact with her patron, the Umbral Queen. The Umbral Queen has sent her to wander the wastes inspiring violence wherever she goes. She is often an eager participant in the bloodshed that pleases her unknowable and mysterious patron. 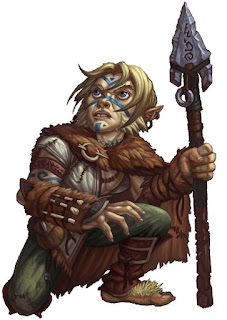 FERAL BOY
Feral Boy is not actually the human child that most mistake him for at first glance—he is a barbarous halfling adult who uncannily resembles a savage youth of human stock. No one knows his history, but he has a talent for finding useful things amid Cinderheim’s ghost towns and abandoned places. 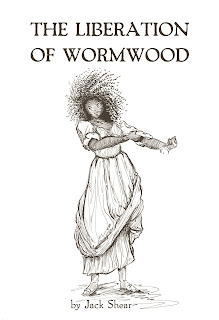 If you like the content above consider checking out The Liberation of Wormwood, a supplement for generating characters facing the invasion of their hometown by a usurping force, now available in print and pdf from DriveThruRPG. The Christmas in July Sale is still ongoing, so this title--and others--are currently enjoying a reduced price.