Below is the alpha version of a custom race I made for my Krevborna games. It's based off the yuan-ti pureblood stats, but toned down a bit since it doesn't get advantage on saves vs. magic. However, it does have more versatility and customization since you get to pick the spells granted by the innate spellcasting feature. 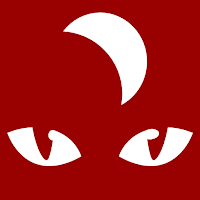 Jagerborn were once human, but the alchemical infusions of given to them by the alchemists of the Haxanjager Guild have transformed them into beings engineered to withstand the attacks of the monsters their guild hunts. Transformation into a jagerborn imparts resistance to disease, an unnaturally prolonged lifespan, and immunity to poison. Jagerborn also development strange magical powers in response to the alchemical modifications they undergo. Jagerborn generally retain their human appearance, but each is marked by a tell-tale sign of their alteration. Unnatural or unusual pigmentation of the eyes, hair, or skin are common among the jagerborn.

Age. A jagerborn can live up to 300 years, but most die at the hands of the monsters they hunt long before that.

Alignment. A jagerborn can be of any alignment.

Size. Jagerborn retain their human size and weight. Your size is Medium.

Speed. Your base walking speed is 30 feet.

Jagerborn Resilience. You are immune to poison damage and the poisoned condition. You have advantage on saving throws against disease.

Jagerborn Combat Training. You have proficiency with light armor and one simple or martial weapon of your choice.

Languages. You can speak, read, and write Common and one other of your choice.