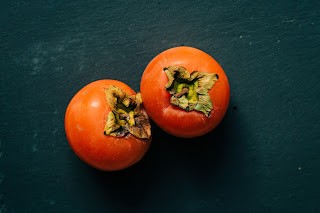 I've begun to run the adventures in Journeys Through the Radiant Citadel as part of an open table campaign on my Discord. Without further ado, here's how the first adventure went.

Visions, the Heat of Anger, and Cold Shoulders

Horatio, Alice, and Brother Albany are very different folk, from wildly different backgrounds, but they are united in one thing: all three dream of a horrific, multi-armed angel bearing thirteen scrolls fastened with wax seals. In their recurring dream, the angel presents the first scroll, breaks its seal, and shows them a revelation of familial strife between two rival "noble families" that threatens to spill over into bloody violence. They know that if it is not checked, this violence will take innocent lives, and they know that the blood opera will begin in the Night Market of Dunmouth, a port town on Saragoss. All three decided to travel to Dunmouth to attempt to stop the bloodshed from blooming; they met each other on the road and banded together.

They arrived at the Night Market just as dusk was falling. The market was in a sunken plaza near the town's wharfs; a number of market stalls, tents, and vendor's carts were arranged around three larger, golden tents. The market was already busy with browsing customers, and the aroma of unusual foods from abroad filled the air. The bustle of the Night Market was interrupted when a teenage tiefling carrying a large bundle of spring onions under his arm burst from the crowd and promptly ran headfirst into Horatio. A middle-aged woman with wild hair and a wide mouth quickly followed the tiefling, accusing him of stealing the onions from her food stall. For his part, the boy claimed that he was merely taking back property that was stolen from his family's food stall by the woman.

When the party intervened in this rapidly deteriorating situation, it was revealed that the boy, Gammon Montegrey, and the woman, Lamai Kaspian, belonged to families with a long professional and personal rivalry in the Night Market. Their squabbling was soon joined by Kusa Montegrey, Gammon's mother. The argument became much more intense, with each side accusing the other of attempting to sabotage their business in a myriad of ways. The argument became so heated that Kusa reached several times for the dagger at her belt and Lamai brought forth a butcher's cleaver--it seemed as though the women might make their disagreement violent and bloody at any moment. These, then, were the two "noble" families of which the characters had dreamed.

Both families offered the party money (and a lifelong supply of food from their stalls) to prove that the other side was the belligerent responsible for rekindling the feud between their families. The party took no sides, but promised to look into the matter. However, attempts to gather information from other vendors in the Night Market proved fruitless. Alice tried to pry a few secrets from the proprietor of Va's Lucky Amulets, a shop peddling fraudulent charms, but found the woman extremely tight-lipped about doings in the Night Market--she said that the people of the Night Market keep their business to themselves. While Horatio made a distraction by knocking over displays of amulets, Alice was pulled aside by Petra, the proprietor's niece who was working in the shop for summer. Petra told her that if they wanted to get information from the sellers of the Night Market, they should consider increasing their social capital by participating in the games held in the three golden tents at the center of the market.

At this point, the party split up to tackle the games in the center of the Night Market. Horatio entered himself in a hot pepper eating competition hosted by vendors in the market calling themselves the Spice Brothers. The name was something of a misnomer, as the proprietors were a brother and sister pair called Kasem and Vi Aroon. Horatio was sat at a table with two other contestants: a fat halfling and a ship's captain named Vanessa Redmayne. Each round, the contestants would reach into a wicker basket in front of them and randomly pull out a pepper to eat. Anyone who reached for the glass of goat's milk set before them was out of the competition. The halfling tapped out after the first pepper. Horatio nearly bailed at the second pepper, but he and the ship's captain managed to stick it out until the end, to the applause of the audience.

Brother Albany and Alice tried their hands at the hide and seek game in another tent. The tent was run by an ancient gnome woman named Madame Kulpa. She explained that below the tent was a series of cluttered chambers in which a number of disturbing large grubs had been hidden. In the chambers below the tent, the duo raced against an hourglass as they scurried from room to room attempting to uncover grubs and scoop them up. They literally succeeded just as the final grains ran out in the hourglass. Madame Kulpa took them outside, blew a bugle, and pronounced them victors to the Night Market's patrons.

All three reconvened to attempt the third contest, a cooking competition hosted by Sid the Squid, a former adventurer who had grown a faceful of tentacles after coming into contact with a horrible eldritch statue. The contest involved chopping a large quantity of green beans and...killing a giant, rampaging prawn drawn from a tank of murky water. Alice summoned an unseen servant to help with the chopping and also launched a bolt of fire against the monstrous prawn. Horatio ran at the prawn and decapitated it in one swing. The group turned to chopping the veg and set a new record--they had all the ingredients in the giant pan in under twelve seconds!

Having successfully completed all three tasks, the group found the people of the Night Market treating them with more openness and even a bit of deference. They also discovered that more sabotage had been afoot while they were competing; a fire had broken out at Montegrey Family Seafood and Kaspian's Noodles had been pelted with unusual orange fruit that seemed to originate from the thin air. The group spoke to Sid the Squid again and learned that the rivalry between the Montegrey and Kaspian families had been going on so long that no one really knew its origins. He also let slip that Kasem Aroon, one of the "Spice Brothers," had been sniffing around, looking to buy a more established vendor stall in the Night Market, which is considered something of a taboo among the vendors.

They also spoke to Madame Kulpa again, who claimed to have seen Kasem feeding an orange fruit to a small creature that resembled a bipedal, bat-like monstrosity with big green eyes--though she did concede that her distance vision is not so great. With a number of signs pointing to Kasem Aroon, the Spice Brothers tent was their next stop. Kasem and his sister Vi were busy talking to customers, but the group managed to pull Kasem aside into the Aroon's private tent on the pretense of wanting to buy peppers in bulk.

Kasem's private quarters were a bit incriminating: he had two large birdcages, under which was a box of persimmons--the strange orange fruit that pelted Kaspian's Noodles and that Madame Kulpa had spotted him feeding a bat-like creature. The group confronted Kasem with their hypothesis that he was using an invisible creature to destabilize the Kaspian and Montegrey businesses so that he might swoop in and buy their interests cheaply. Kasem reacted by snapping his fingers and saying "They know too much. Kill them." The doors of the birdcages opened and the group heard the flapping of wings.

Kasem drew a sword blade from his cane while his invisible minions bit at the party. When they attacked, the invisible creatures became visible. Ultimately slain by Alice's crossbow bolt, Kasem lay dead amongst his vicious "pets." Alerted by the commotion, Vi entered the tent and found her brother dead. She admitted that she had been turning a blind eye toward Kasem's plan, and she blamed herself for his villainous turn. She was leaving their business to get married to a man in Strega Hollow, and Kasem's scheme was his misguided attempt to find some stability without his sister.

Vi bribed the group to keep silent about Kasem's wrongdoing. Her plan was to sell the pepper business to both families as a joint venture, a move she hoped would get them working together. However, the group also accepted payment from the Kaspians and the Montegreys after giving proof of Kasem's attempts to pit them against each other. They had both averted the bloody crisis they dreamed of and managed to enrich themselves by exploiting a grieving sister! Of course, they left Dunmouth before their treachery could be revealed. It would be a shame if that caught up with them someday...