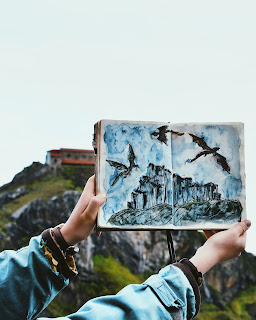 I recently had a game scheduled for two players. Unfortunately, one of the players had Real Life Stuff come up the day of the game and couldn't make it. No harm, no foul; things happen, life intrudes, and sometimes you've got to take care of business. However, the remaining player and I had nothing better to do, so we decided to play through the scenario one-on-one anyway.

I probably wouldn't consider playing one-on-one with little pre-planning in every system I run, but I felt pretty confident we could pull this off on short notice. A few factors helped ease the way. I've been running 5e D&D for a very long time, so I feel pretty confident in my ability to modify stats on the fly to adjust difficulty as needed. The scenario I was planning to use felt like a reasonable adventure that one character could see through to the end. The character who would be going on the adventure is a barbarian with the Tough feat, so he's ridiculous durable and hard to kill--a veritable one-man army--so he had a good chance of surviving anything the adventure threw his way.

That said, the character in question isn't a jack of all trades, a generalist, or even particularly well-rounded. He's great at taking hits and he gets an unusually high number of attacks per round for his level, but he's not without his weak points. Specifically, he's not really adept at investigation skills and he's a bit deficient in social skills as well. This is actually important to keep in mind.

What they need to do, then, is find creative ways to navigate around their deficiencies. This navigation is always an opportunity for character development that a player wouldn't get otherwise in the context of an adventuring party; left to their own devices, a player learns something about how their character approaches problems they would generally let someone else in their group handle instead. If you get the chance, I highly recommend one-on-one play if the opportunity comes up for exactly this reason: it will reveal aspects of a character that would not come to the fore during normal party-based play.