A few scattered notes on the various monstrosities that populate Krevborna. 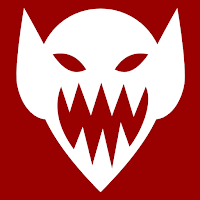 The Bifurcated Natures of Fiends
For most Krevbornites, the words “demon” and “devil” are interchangeable, but these beings represent distinct forms of supernatural evil. The angels who rebelled against the gods were metaphysically cleaved in twain by their holy brethren; the spirits of the fallen angels became devils and their bodies became demons. As such, devils and demons crave wholeness but are doomed to opposition against each other—thus does evil forever war against itself. True to their natures, devils tempt mortals to commit spiritual transgressions, while demons tempt mortals to commit bodily sins.

The Conditional Immortality of the Fey
The moors and forests surrounding Creedhall are particularly riddled with gates to Tiran Lyra; these areas are generally avoided by humanity, as they are the sporting grounds of the fey. Krevbornites tend to divide fey into malicious and helpful, but few understand that the fey prey upon mankind in order to maintain their unnaturally prolonged lives. The fey are functionally immortal as long as they take human lives to magically perpetuate their own. When a fey creature kills a human, the fey’s life is extended by the remaining time that the mortal victim had left in their natural lifespan. This is why fey abduct human babies—a young child is likely to have more unspent years ahead of them than an elderly person and therefore makes an ideal sacrifice to their continued longevity.

The Taltos
Though lycanthropes are greatly feared throughout Krevborna, ancient folktales tell of a group of pious werewolves known as the Taltos who can control their transformations. The Taltos are believed to use their bestial might to combat evil in the names of the gods. The oldest of the legends surrounding the Taltos state that one of their number will be instrumental in defeating the Mater Monstrum.

Dreams From the Sea
Primordial creatures lurk in the sea off the coast of Piskaro. Some occultists believe that these beings are ancient creatures that have survived in the depths since time began, but others argue that these elder gods are the earthly avatars of ancient gods who find the dark oceanic abyss favorable to their arcane natures. Their influence is strongly felt in Piskaro; sleep in the city is often troubled by strange, hallucinatory dreams.