Things that brought me delight in December, 2021: 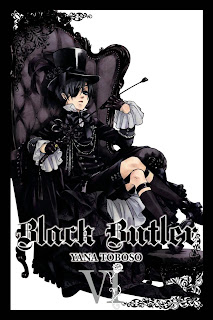 I made the executive decision to make as big a dent as possible in the Black Butler series in December. I can't believe I managed to catch up on all of them! The individual arcs are quite good: the mysterious disappearances of children at an ominous carnival, a locked room murder mystery that ends up inspiring Arthur Conan Doyle to write more Sherlock Holmes stories, a horrific episode about the creation of scientific zombies aboard a luxury liner, a Tom Brown's School Days-esque mystery in a British public school (with bonus left turn into sports manga with a big cricket match), a detour into boy bands and the strange venue that seems to be drawing fans of all social classes into a vampiric scheme, the main cast finding themselves on the run when a doppelganger appears, the maid infiltrating a nefarious manor on the Yorkshire moors, and that's where the series leaves off for now. Can't wait for a new volume to drop in May. 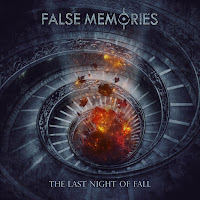 False Memories deals in the kind of Gothic metal that comes from the Nightwish and Within Temptation branch of the family tree. Their sound is accented with touches of symphonic metal and power metal, but it is just a little heavier than many bands working that vein and perhaps even a bit more progressive. Of course, the true test of any band of this ilk is the vocals, which are powerful, melodic, and melodramatic over the course of The Last Night of Fall's runtime. 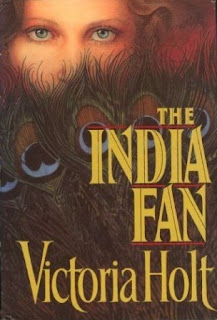 You'll hear much more about my impressions of Victoria Holt's The India Fan on a forthcoming episode of Bad Books for Bad People, but suffice to say: I'd recommend this novel especially to Jane Eyre fans who want an extra helping of Orientalism as a side dish. We've got a "plain" but "highly intelligent" woman acting as a governess, falling in love with a man of a higher class, the Sepoy Rebellion, the sexual foibles of the beautiful and rich, and a peacock-feather fan that may or may not carry a baleful curse. You know, the usual. 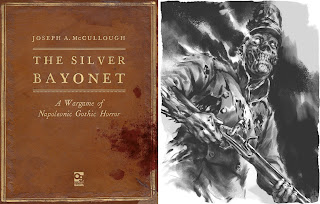 There is something very appealing to me about the idea of buying a bunch of cheap plastic Napoleons and zombies and making them fight each other using the rules in The Silver Bayonet. Beats shoveling snow, that's for sure. 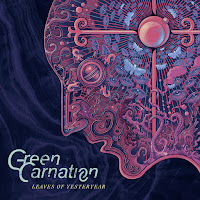 Green Carnation is one of those bands that is like an old friend arriving unexpected to the party in a disguise--you never know quite what to expect or when to expect them. The title track on Leaves of Yesteryear possesses what a reviewer termed "gentle proginess," and that's a hard assessment to argue with. Things do get a bit heavier on the other tracks, but it's definitely not a unified style or aesthetic that they're going for. Rounding things out is an acoustic cover of Black Sabbath's "Solitude," a perfect parting shot for the end of a party, really. 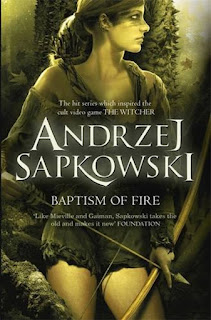 Another book in the Witcher series down, another episode of Valley of Plenty to come on Bad Books for Bad People. It's interesting how each of the novels in this series has a different purpose, and therefore has its own bespoke structure. The previous novel was all about unveiling the explosive start of the war and establishing who is doing what and where they are doing it. Baptism of Fire, on the other hand, is a more conventional fantasy journey through the horrors of the war already underway. As such, it's more about Geralt finding his fellowship with companions, though of course, since this is the Witcher, he'd much rather be going it alone. 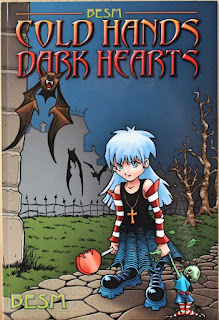 Cold Hands Dark Hearts is a supplement for the Big Eyes Small Mouth rpg, an anime-inspired game that I have zero experience with. The premise of the supplement is that players will play Darkstalkers-style monsters with an anime flair, fighting against a greater threat to the supernatural world. Characters could include vampires, mummies, shapeshifters, oni, and other staples of Gothic horror drawn from both Eastern and Western traditions.

The book is fairly terse; I'm not entirely convinced that it gives you everything you'd need to play it the way it wants you to play. Also, the art style is definitely not going to be for everyone. (It is not, in fact, for me.) It's got a heavy manga influence, but done in a cutesy way that reminds me of Slave Labor Graphics' comics for goths. However, there is one innovation here that I think is very worthwhile: instead of text or a timeline describing the events of the setting's backstory, it uses a comic to convey all that info. That's such a huge improvement, it's a shame that hasn't become a more standard practice. 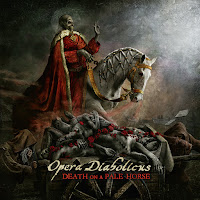 Opera Diabolicus specialize in over-the-top, theatrical metal. Death on a Pale Horse is their second album; even though it arrived about a decade after the first, it is still obviously a continuation of the same project. The choral and operatic elements are present, as are the heavy riffs and dramatic vocals, but there are some new bits to enliven the proceedings, such as progressive touches that verge on giallo soundtrack vibes. 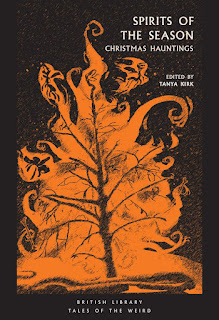 Since Valancourt didn't release a book of Victorian Christmas ghost stories last year, my girlfriend bought me this volume from the British Library's Tales of the Weird series to fill the holiday gap. Spirits of the Season collects a number of spooky Christmas tales, with authors ranging from well-regarded innovators in the field of spectral literature such as Edith Nesbit and Algernon Blackwood to lesser-known scribes like A.M. Burrage and H. Russell Wakefield. Some stories are fairly light, but some are also surprising in their brutality. 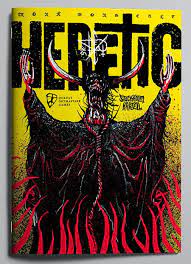 Enough time had passed that I had forgotten what I pledged for from this Mork Borg kickstarter. I'm not going to call Heretic a zine (because it isn't, sorry), but it is a nice expansion of odds and ends for Mork Borg, including new classes, rules for firearms, and a handful of adventure sites. Ikhon seems a little over-produced for what it is; shame it was misprinted, too. The Wall of Doom is quite sturdy; I have no doubt that it would quickly prove invaluable for anyone running the game. 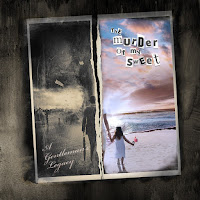 The Murder of My Sweet, A Gentleman's Legacy

The Murder of My Sweet is definitely on the lighter end of things I usually listen to, often placing themselves more in the poppy hard rock arena than the metal one I tend to enjoy more. Still, this is a pretty fun album. I take it that it's the "sequel" to the through-line story initiated on another band's album, but I can't follow that thread at all. Good record to unwind to, even if the vocals are maybe a little too prominent--often overshadowing the instrumentation to a degree. 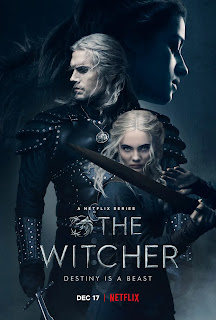 I was really looking forward to the second season of The Witcher, but I have to admit that I merely liked the season rather than loved it. On one hand, I think it is more important for any adaptation to chart its own course rather than stick slavishly to the source material. On the other hand, there were some big narrative decisions that just didn't thrill me. The main cast continues to be great in their roles, but the story feels a little off the rails to me. There are great moments, but I'm not sure how well the whole thing hangs together--the season does feel a bit like a side-story by the end of it. Still, I'm game for another season, even though the tv show is my least favorite iteration of The Witcher. 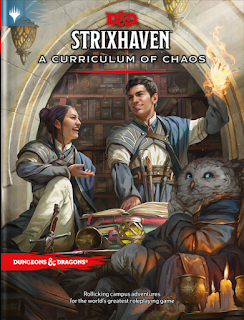 Strixhaven: A Curriculum of Chaos

Strixhaven is admittedly a bit of a niche D&D product. Unlike other books that adapt Magic: The Gathering sets to 5e, Strixhaven is less of a setting book and more a campaign meant to cover the exploits of a group of students as they navigate their educational journey at a school of magic. The rest of the book, which includes a brief overview of the school as a setting, bits and bobs for creating characters, and a bestiary of fellow students, mages, and monsters, is meant to support the campaign rather than the other way around. 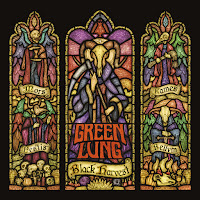 Green Lung sound like Black Sabbath headlining a festival on Summerisle. There is a great deal of warmth, if not outright sunlight, on Black Harvest, but it's always in service of illuminating the dark pagan underbelly that this doom outfit excels at. The retro vibes at work aren't just a throwback or dull pastiche; Green Lung adds something to the tradition all their own. 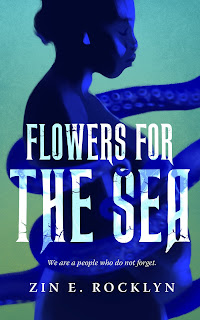 Flowers for the Sea is one of the short novella-length fictions that Tor seems to specialize in lately. A pregnant woman aboard a seemingly doomed ship, itself floating amid a dimly defined apocalypse, readies herself to give birth to the child she can only ever think of as a parasite. And once the child is born, we're knee-deep in a chosen-one style story that is more The Omen than it is the coming of the Christ child, if you catch my meaning. I'm not sure I've read a more brutal depiction of birth, and this is certainly not a feel-good story that eases the anxieties that come with global climate change. 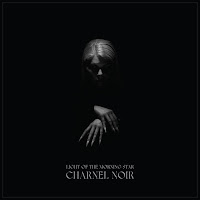 Charnel Noir was Tenebrous Kate's pick for album of the year over on this episode of Bad Books for Bad People. Since Kate is one of the few people whose musical taste matches my own with an unusually high incidence of congruence, I had to check it out. And she was right, it's great! Light of the Morning Star are like the hypothetical answer to the question "What if My Dying Bride came out of the black metal scene instead of death metal?" 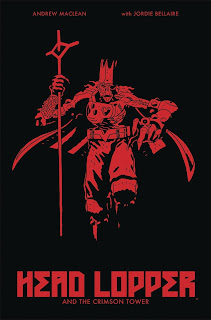 After finishing the first volume of Head Lopper, it was a foregone conclusion that I'd need to read the rest of it. So, onward into a fantasy land rife with monsters and decapitations. The second volume, Head Lopper & the Crimson Tower, is a bit of a dungeon crawl. The third, Head Lopper & the Knights of Verona, explores the Head Lopper's backstory in greater depth. Things move into fantasy political intrigue in Head Lopper & the Quest for Mulgrid's Stair. No matter what mode of the genre the comic is currently exploring, the big action get underwritten by a surprising amount of heart. 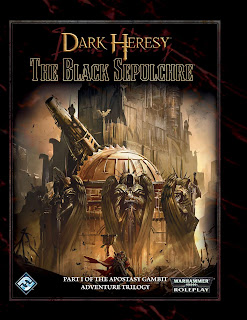 It's weird that the first bit of this Dark Heresy adventure series seems harder to come by than the next two parts, but now it is mine. It's incredible that they felt the need to make this rather thin book a hardcover to match everything else in the line, but the adventure itself does look sound. I'll probably end up adapting it to Wrath & Glory rather than playing it with Dark Heresy, but the base potential is there--which really is about all you can hope for with published scenarios, I reckon. 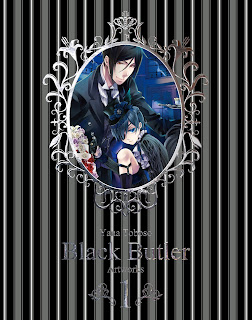 Not only did I read all of the Black Butler manga over the last three months (well, all of it that has been translated into English), I also spent some time browsing the first two artbooks for the series. They reproduce the covers and color pages from the manga, as well as including promotional art and crossover bits as well. Surprisingly thick and luxurious paper in these volumes! 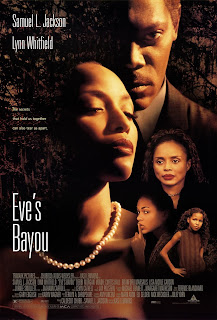 Eve's Bayou is probably a weird pick for the holiday season, but I saw it was soon to be leaving one of my streaming services, so the time was ripe. If you haven't seen it, the movie centers on a well-to-do family in Louisiana, particularly on the father's infidelities and the effect that has on his wife and daughters. There's also some interesting intersection with hoodoo, history, and fate that take this to a Southern Gothic place, rather than just a standard drama. The hoodoo angle becomes especially captivating as a lens into the way children want--badly want--to have some sort of power to steer the adults who are failing them.