In the House of the Dimmer Sisters 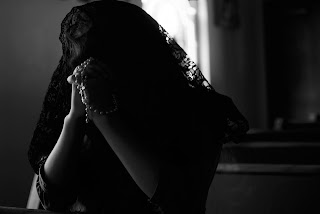 We played a one-shot game of Blades in the Dark last week. It was my first time running the game, and the players' first time trying it out.

The characters were all part of a new, as yet unnamed, criminal gang operating in the city of Doskvol. Baszo Baz, the leader of the Lampblacks, had provided the new gang's initial stake of capital, but now the time had come to pay the piper: Baszo enlisted the gang to steal a meteorite possessing occult significance that had recently fallen on Doskvol. It was known that the meteorite was currently in the possession of the Dimmer Sisters, a "family" of recluses who have their hooks into the spirit trade in the city.

In preparation for the heist, Lightstep staked out the Dimmer Sisters' manor house, noting that the buildings on either side of it had been long vacant. (No one wants to be the Dimmer Sisters' neighbors.) He also deduced from the flashes of light emitted from the top floor of the house's turret that someone inside was working with electrical power. However, he also began to suspect that his observation of the house had been noticed, as the servants left en masse one day--only to be replaced by a number of heavily armed mercenary guards who set up position on the house's roof and in its garden.

Contralto summoned the ghost of Nyryx, a chef who was killed after berating his sous chef one too many times, to ask him for advice on luring the Dimmer Sisters out of their abode. Nyryx related that the sisters didn't really keep a social calendar, but the one thing that might tempt them out of the house would be an auction for a rare occult tome. The gang arranged for the sale of a fraudulent book of dark magic, seeding the underworld with rumors about its rarity. Their ploy worked, and on the night of the auction they watched as five Dimmer Sisters, each wearing a black funereal dress, their facial features obscured by veils, exited the house and sped away in rented carriages.

With the sisters out of the way, the gang made their approach. They had commandeered a raft and outfitted it with shiny black fabric to make it difficult to see on the waters of the canal that ran under the Dimmer Sisters' house. They tied their raft at the small dock beneath the house, and Noodles cunningly sabotaged the boat already moored there--the boat looked fine, but any weight added to it would cause it to quickly sink. The gang entered the house through a basement trapdoor, which was curiously already unlocked, and noted the wet footprints on the stairs. Once inside, they decided to skip exploring the house and make a concerted effort to get to the turret, where they supposed the meteorite was being kept, and get out.

The steps leading up from the basement spit them out into the kitchen. Peeking down the hallway, they saw a door that presumably led into the turret. However, one of the doors they'd need to pass on the way was open. Light was spilling out of the room, but the way the light was periodically interrupted indicated that someone was inside that room. Noodles decided to sneak up to the door and look in, but as he peered inside he saw--nothing. As Contralto and Lightstep watched from the kitchen door, they saw a woman in a maid's uniform emerge from Noodle's shadow, draw a knife from her apron, and place it to Noodles's throat. Noodles reacted by whipping out a loop of rope, slipping it over her wrist, and using it to leverage her off of him. The maid's nose cracked against Noodles's fist, knocking her unconscious.

The gang dragged the maid's body into the kitchen's larder, stowing her under bags of potatoes and flour. While in the larder, they noticed that one of its walls was newly constructed, but one brick remained yet to be placed. Peering inside, they saw a man interred within the wall. From the scarlet adornment the man was wearing, they knew he was a member of the Red Sashes--another of the criminal gangs of Doskvol. They began to suspect that they weren't the only criminals trying to get their hands on the meteor that night.

Those suspicions only deepened when they opened the door to the house's turret and found a corpse lying facedown near the stairs. The body's hand was outstretched, its fingers inches away from a curved saber. Turning the body over revealed that this was another member of the Red Sashes. They checked the corpse for wounds, but found none. Judging by the rictus grin on the gang member's face, he might have died of fright.

What was going on in the house of the Dimmer Sisters?