Jack of All Trade's Pulau-Pulau 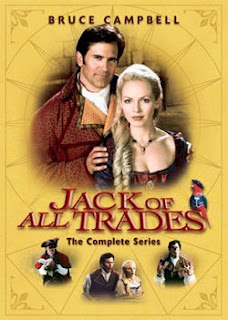 What the gaming scene really needs is a campaign setting that is just absolutely miserable. I’m talking about a world of mud, rain, and deformed peasants. Someplace where the available classes are Cripple, Syphilitic, and Bastard. (Multiclassing is possible; you can be a Syphilitic Cripple or Syphilitic Bastard, but the XP requirements are pretty hefty.) This is a world filled with monsters that would as soon give you a blood-eagle as look at you, but the real monsters are the brain-damaged townsfolk and the toothless administrators motivated only by greed and bloodlust. This is a setting in which nothing will ever get better, and in which a Heavy Maiming chart will be consulted for every hit–critical or no. Let’s not even talk about the detailed rules I’m homebrewing to cover infections, equipment breakage, and random miasma clouds.

Just kidding, there is already a ton of that kind of setting being played.

Let's do this instead:

How I'd Do Pulau-Pulau as a Savage Worlds Setting
Setting Rules I'd Use From the Savage Worlds Deluxe book: Heroes Never Die, High Adventure


Everything is a Weapon
Jack of All Trades is full of swashbuckling action; even though the characters usually fight with rapiers and sabers, they also often use the environment to fight one another. To help encourage the use of items in the background (stray ropes on the dockside, flipped tables at an elegant party, etc.) drop all penalties for improvised weapons and assign them damage dice that exceed what you would assign in a more "realistic" setting. Also, let them be used creatively (with a bonus to the roll) for Agility and Smarts tricks.


You Can’t Take the Pun-ishment
Anyone making a wise-crack or pun right before making an attack gets a +1 bonus to their Fighting, Shooting, or Throwing roll.