Unwelcome Guests in the Malcovat 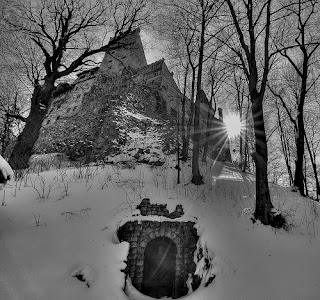 The Setting: Secreted deep within the imperious peaks of the Nachtmahr Mountains lies the black stone school known as the Malcovat. The Malcovat is unlike any other school in Krevborna, for it is a place where fiends and nefarious occult scholars teach the ways of black magic to students selected for their inherent aptitude in the dark arts. For many students of the Malcovat, it is an unwholesome prison; for others, it offers untold freedom.


Objectives: Explore an unfolding mystery within the school.


Note: this game gets played out in small sessions of about an hour to two hours.
Posted by Jack Guignol at 12:02 AM