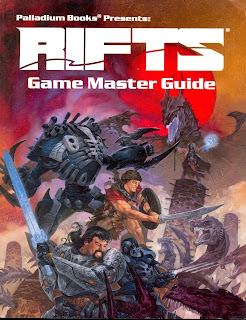 Making your own Rifts-inspired setting seems pretty easy once you understand the underlying premise and approach the project as a two-step process:


1) Take the elements you like from various 80s action figure lines, movies, cartoons, and comics and combine them without any regard for realism or subtlety.

If the colors are garish and candy-like, you're probably on the right track. If you feel a visceral "that's so cooooool" pull to a character, vehicle, or location, it belongs. If the thing you're considering adding to the setting would have been an awesome present to unwrap on Christmas, it needs to be in the mix.

Rifts didn't invent the remix, but it embraced the mash-up before it went viral.


Let the images below be your starting point: 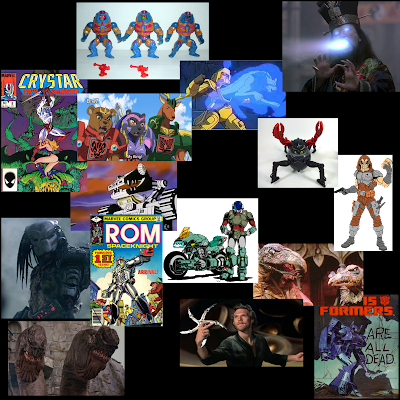 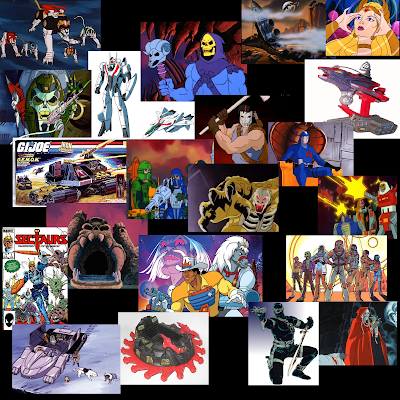 You could also throw in any ideas from the sword & sorcery novels you'd always find on the wire racks of off-brand pharmacies when you were young, as well as anything you remember from the hella-weird music videos of the early MTV era. Hell, I'm not the boss of you, add what you want and need to the pile.

2) Now that you have the raw material and points of inspiration in place, you need to make them into a sensibility. My advice: approach the material on its own level, with a sense of genuine joy at working with the ideas, imagery, and aesthetics they're bringing to the table.

It would be easy to write something Rifts-esque that veers into satire, parody, and (worst of all) irony. But "Hah, look at how silly all these things were back in the 80s," is a bad sensibility; it implies detachment, and a top-down view that only comes with the assumption of superiority to the material. At best, you're gleefully slumming. At worst, you're signalling that this is all a guilty pleasure that no one should take seriously.

Instead, immerse yourself in that level of excitement you remember from childhood--it wasn't an immature impulse, it was a sensibility that emerged from real engagement and art-for-fun's-sake.

Gather your toys and run to the playground.
Posted by Jack Guignol at 12:00 AM