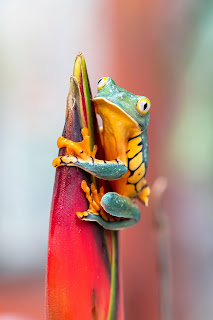 I've been running the adventures in Candlekeep Mysteries lightly reskinned for my Krevborna setting. The characters are all employed as members of Creedhall University Library's "Special Collections" department, aka adventurers. This is a recap of what happened in "Book of Cylinders." Fair warning: spoilers lurk below.

The group were sent to retrieve a number of curious books being donated to Creedhall's library by Tobias's uncle Elbert. The books were of an unusual type: they were five cylinders marked with pictographs meant to be rolled onto wet clay to display the story they told. As they are ushered into Uncle Elbert's parlor, they couldn't help but notice that a serpent headdress-wearing mummy in a glass case dominated decor of the room. Things started to seem awry when Elbert produced three cylinders instead of the five that were promised. It was then that Tobias noticed the green devil face brooch pinned to his uncle's lapel--an item he recognized as part of a ritual of soul transference. The jig was up: someone or something else was inhabiting Uncle Elbert's body!

"Uncle Elbert" made a break for it, but Rising Leaf was hot on his heels. Leaf grabbed the strange brooch and tore it off Elbert's jacket. Elbert immediately collapsed, seemingly dead. When his body was turned over, his throat began to pulse ominously...and then a snake emerged from his mouth and slithered away. Back inside, Tobias examined the mummy, which began to communicate with the group. It said its name was Saretomet and that in life it had been a priest of the Five-Headed Empress. He pleaded to be released from the glass cage, promising to divulge the whereabouts of the remaining two cylinder books, but the trio were at first reluctant to do so.

Leaf ultimately opened the glass case and the mummy began to move. Leaf tried to slam the case shut, but the mummy pushed back. They struggled over the door to the case to a stalemate. Eventually, the group decided to let the mummy out and see what he had to say. Saretomet claimed to have been removed from a temple and brought to Uncle Elbert's house by the same cultists who killed Elbert, commandeered his body, and made off with the remaining two cylinders.

He drew them a map to the village nearby the temple and also used the remaining three cylinders to show the party what secrets they held. The cylinders told the story of a village of frogfolk who made their living catching giant crabs and selling their meat to traders. Their village was shown under attack by snakefolk, who decimated their dwellings. The only building that remained in their village was an ancient stone temple. Leaving the mummy resting in an overstuffed chair, the group decided it was time to take a boat from out back and head down the river in search of the two missing cylinders.

Arriving at the village meant crossing through a maze of crab cages, some of which had been damaged. Four giant crabs attempted to climb up into their rowboat, which necessitated a tense brawl, but the party managed to fight them off and make it to the docks. Past the docks were a series of hastily erected buildings decorated with claws and carapaces from the giant crabs; the place had the feel of a refugee camp. The party noticed that small frog-like humanoids were peering at them from the doorways of mud brick buildings. The frogfolk approached with makeshift weapons.

Luckily, Tobias could speak Primordial, so they had a language in common. The frogfolk reported that their village had been visited by serpentfolk interested in excavating the temple on their land; these serpentfolk had been kind and generous, but soon a different group of serpentfolk arrived, taking the previous group hostage, destroying the frogfolk's ancestral village, and driving them out. Worse yet, these malign serpentfolk had taken over the breeding pools of the frogfolk and were eating their eggs!

The group decided to deal with serpentfolk guarding the eggs first. Tobias took the serpentfolk guards by surprise by plunging them into a void of otherworldly horror, while Leaf and Rufus engaged them in hand-to-hand combat. After a vicious slog of a battle, the group had dealt with this group of serpentfolk. They make a tactical withdrawal back to the frogfolk compound, where they were offered healing in a sacred pool. Strangely, they also emerged with knowledge of the frogfolk's language of croaks and ribbits.

Moving further up the river, they sought out the temple and managed to interrupt a fiendish ritual. The last remaining "good" serpentfolk from the first group who encountered the frog people was tied to a stone altar, about to be sacrificed by serpentfolk cultists. Leaf engaged their leader one-on-one, managing to destroy him with volley after volley of sword cuts and kicks to the face, while Rufus and Tobias finished his two serpent-headed followers.

After the savage melee, the group released the serpentfolk's captive, and found the mummy's sarcophagus--which held some treasure for them and also the two remaining cylinder books. Viewing their picture-story revealed something shocking: they depicted Rufus, Tobias, and Leaf coming to the frogfolk village and liberating it from the serpentfolk cultists! All along, the cylinders had been "books" of prophecy foretelling the party's victory over the decadent serpentfolk.