Nothing more arbitrary than a top-ten list and nothing more empty of meaning than the "listicle," but these are the books I enjoyed most in 2016 and so here we are. I could tell you why I loved these books, but I'm going to let them sell themselves on their own merits with an excerpt. 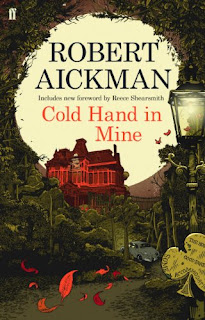 Robert Aickman, Cold Hand in Mine
Daily life is entirely a matter of the pattern men and women impose upon it: of style, as the artist calls it. And the character of that pattern is very important, as day follows day. None, the less, reality lies far behind, and is unchangeable: is ritual, in fact. 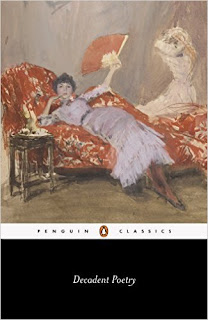 Lisa Rodensky (editor), Decadent Poetry
IN twilight while I walk alone
A strange voice calls me, clear and low;
A shadowy hand that seeks my own,
Cold as the wind and soft as snow,
Still leads me, leads me as I pass
Across the grey December grass.

The village windows beckon still
With glow of amber and of gold;
But my way lies along the hill,
My road must cross the frosty wold;
And still I feel and still I see
The darkness round me deep and free.
— Rosamund Marriott Watson, “Ex Umbra” 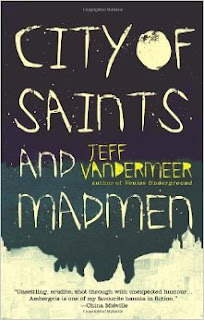 Jeff VanderMeer, City of Saints and Madmen
Then she would sing, and he would imagine the thrull of her against him, and marvel at the power of her voice, the depths and hollows of it, the way it matched the flow and melody of the orchestra only to diverge, coursing like a secret and perilous undertow, the vibration growing and growing until there was no longer any music at all, just the voice devouring the music. 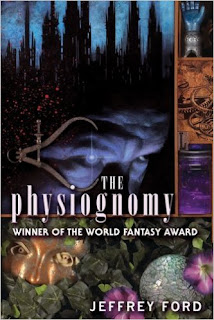 Jeffrey Ford, The Physiognomy
I now wondered what it would take to subdue his idiocy. For a moment, I pictured cutting it out of him, a large laughing black mass, like a comedic tumor on the brain. 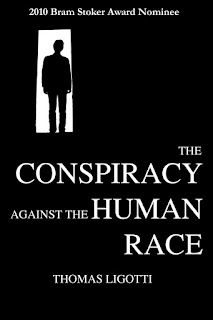 Thomas Ligotti, The Conspiracy Against the Human Race
Optimism has always been an undeclared policy of human culture–one that grew out of our animal instincts to survive and reproduce–rather than an articulated body of thought. … This would explain why at any given time there are more cannibals than philosophical pessimists. 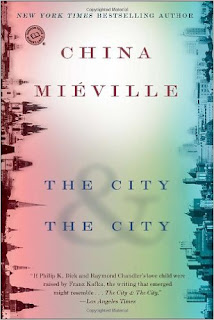 China Mieville, The City & the City
Maps made clear to walkers where they might go. It was here in the crosshatch that the students might stand, scandalously, touching distance from a foreign power, a pornography of separation. 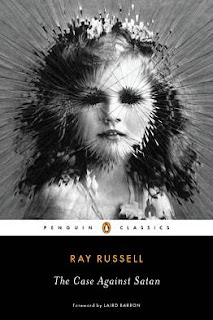 Ray Russell, The Case Against Satan
Gregory had always disliked snow. Its beauty was transitory, for after the first smooth white quilting, it became a thing of depressing ugliness; lumpy, rigid, veined with dirt and offal, a thing to offend the eye. 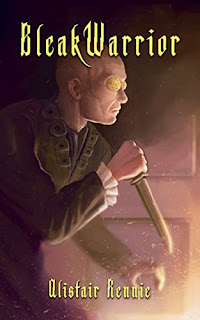 Alistair Rennie, BleakWarrior
Its artificial quaintness had become the sum of its everyday life, which meant that people were nice to each other in ways that people of the past never had been. They were also abnormally law-abiding and socially calibrated to the highest standards of common decency and a mutual respect for one another’s private affairs. The inhabitants of the City of Antiquities were among the most morally coherent of the entire continent, which also made them among the most nauseating. 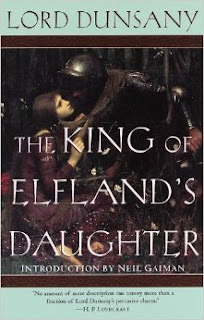 Lord Dunsany, The King of Elfland's Daughter
And little he knew of the things that ink may do, how it can mark a dead man’s thought for the wonder of later years, and tell of happenings that are gone clean away, and be a voice for us out of the dark of time, and save many a fragile thing from the pounding of heavy ages; or carry to us, over the rolling centuries, even a song from lips long dead on forgotten hills. 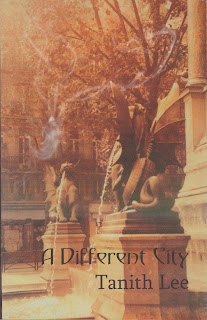 Tanith Lee, A Different City
From our youth our own ghosts already live in us. Oblivious though we may be, sometimes they speak. Why else the mirror, the canvas, the photograph?
Posted by Jack Guignol at 11:44 PM