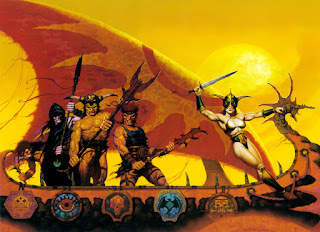 2016, the year that felt less like progress in the 21st century and more like a Dark Sun prequel. If y'all need me, I'll be hanging on out this Pride float with these cool party people.

But it wasn't all bad, was it?

I mean, besides Penny Dreadful finishing its glorious run--which is something I am not quite over yet.

One good thing that happened in 2016 is that this blog finally got organized. Check out that sidebar! Every prophet in his house. Hopefully that trend will continue for as long as this blog stays active. 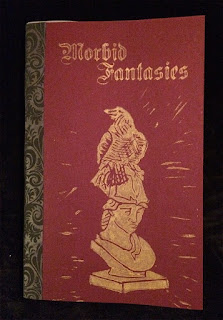 The thing I'm most proud of in 2016 is that Morbid Fantasies, my book about Gothic literature, finally came out and sold out within days. I'm also pretty stoked that Heretical Sexts was able to make a pdf of it available for free for all the people that missed out on getting a physical copy. Morbid Fantasies is easily the best thing I've ever written, so to see it come into being and made beautiful with the help of artists I truly admire was like living in a waking dream.

It was also great that I got to contribute to both volumes of Mlle Ghoul and Becky Munich's Occult Activity Book! 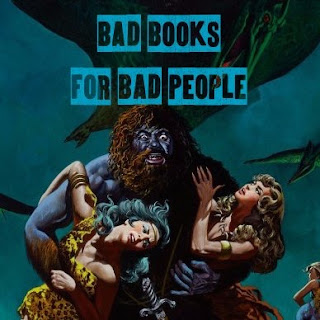 2016 was also the year I started co-hosting a podcast about weird books with my dear friend Tenebrous Kate. I'm told that our show is "howlingly funny." We've covered some strange stuff--from ultraviolent New Weird of BleakWarrior to the occult pulp adventure of Dennis Wheatley to the Gothic traumatizing of adolescent women in the work of V. C. Andrews. So far we've done five episodes, and we're not stopping there; you should see the list of books and authors we're planning on covering. Get caught up on the madness here.

Speaking of podcasts, did you know that Reynaldo Madrinan and Kiel Chenier are doing a podcast called Rey and Kiel Can't Do Dark Fantasy? Well worth your listening time, and I don't say that just because I got a shout-out in the second episode.

On the gaming front, I finally got off my ass and ran a Google+ game in my Krevborna setting. It managed to last sixteen sessions before a bout of illness and the insanity that is the end of the semester conspired to stall it out. Even so, I think it was a fairly successful and fun game; Jez Gordon called it his "favourite game this year" and Eric Diaz called it "one of my favorite campaigns as a player, ever.﻿" Trey from Sorcerer's Skull talked about it here. Compliments, I take them.

Running the Krevborna game definitely taught me some things that I will use to run an even better game next year. Here's a haiku: 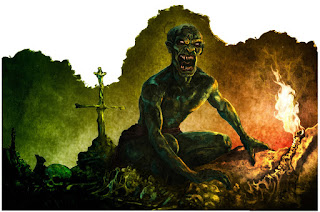 I even have a recruitment poster ready for the next time I start up a Krevborna game.

According to Goodreads, I completed reading more books in 2016 than I have in any year since I've been using Goodreads to track my yearly reading. It felt like I wasn't reading as much as I should have been, but it turns out that I was ahead of the curve. I'll have my list of the best things I read in 2016 up later in the week. 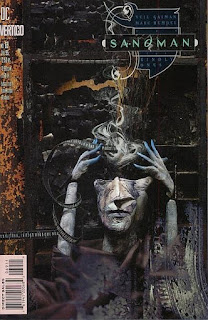 I'm glad that I didn't drop off at all in my complete read-through-and-blog-about of Neil Gaiman's The Sandman and managed to get that project done. Ten volumes of any long-running comic is a commitment, but it was worth it. You can read all my natterings on the series here. Thanks again to Scott Martin for sponsoring my read-through of Overture!

My favorite movies of 2016: The Witch and The Handmaiden.

What is 2017 going to be all about? I don't know either, but I know that these screencaps from Penny Dreadful accurately depict me at the start of 2016 versus me at the end of 2016:

Maybe you feel that way too. In which case, I want to tell you about Renoir.

You know the name Renoir, even if it doesn't immediately conjure up any of his paintings in your mind. You know that he's a master artist; if you don't know that, know that his paintings hang in the Louvre, the Tate, and the Met. He painted throughout his life, even when he became old and his hands were deformed by arthritis and age.


Late in life, Renoir was visited by a younger artist whose name you might also know--Henri Matisse. Matisse watched the elderly Renoir work and was astounded; he was astounded that the elder man continued work even though it pained him to do so.


Renoir needed an assistant to place the brush in his hand, for he didn't have the strength to grasp it himself. He needed help moving the canvas because the mobility he had was stolen from him. Each brush stroke seemed to bring agony.

Matisse couldn't understand why Renoir continued to paint when it hurt him. Renoir explained to Matisse, "The pain passes, but the beauty remains."

There might be dark days ahead. There are days that will hurt you. I hate that this is true, but that doesn't make it any less true. And yet, remember that even amid the pain it is worthy and right to strive to bring more beauty into the world.

This is what I want you to know: the pain passes, but the beauty remains.﻿
Posted by Jack Guignol at 12:02 AM