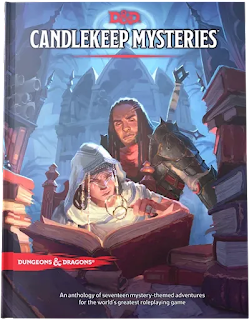 People moan about the cost of WotC's D&D books, but I paid $30 for Candlekeep Mysteries and have gotten seven sessions of at least three hours each from the first five adventures in it. That works out to about $1.40 an hour for fun with a bunch of friends, which feels like good value for the money to me. And there are twelve more adventures in it we haven't played through yet.

But is Candlekeep Mysteries good? In this review I'm going to give my impressions of the first five adventures in the book, so you can better decide for yourself whether this is a sound purchase for you and your group. 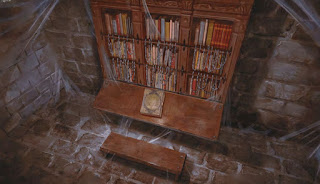 The Joy of Extradimensional Spaces

This adventure takes the characters in search of a scholar who has disappeared into to the extradimensional home of a wizard. Overall, this is a solid adventure. It's got a number of interesting features to explore inside the extradimensional house and the monsters, such as a bookcase that wields the tomes chained to like flails, are far more surprising and interesting than the usual fodder thrown at 1st-level characters. The house also traps the characters inside, and the solution of the puzzle that will release them works as both a motivation to explore the space and forces a non-combat resolution to the adventure.

However, there is one bit of this scenario that falls a little flat: when the characters encounter the sage they've been looking for, he asks them to continue to explore the extradimensional space on his behalf while he skedaddles back to the real world. The rationale for continuing to search the house once he's been found feels pretty thin, and unlikely to be satisfying to players who aren't content to go along with it just to further the plot. Grade: A- 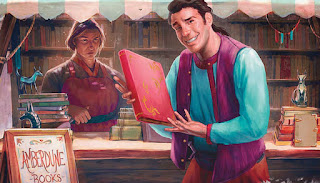 This adventures centers on discovering the source of books that have been transforming into monsters and attacking the unaware. Overall, the early portions of the adventure feature really good opportunities for investigation; my players were asking questions, shadowing suspicious individuals, and staking out a potential hotspot of cursed tomes in short order.

This adventure gives a lot of options for resolving the conflict non-violently, which was completely wasted on my group; once inside the house of the culprits, this adventure turned into a bloodbath. To be honest, I can't blame my players one bit for the path they took. Although the creators of this adventure took great pains to give alternatives to the D&D's typical "solve the problem with bloodshed" paradigm, they didn't really build-in any compelling reasons not to. The villains are up to no good, they're actively harming innocents just to sow some chaos, so why not put them to the sword? Grade: B+ 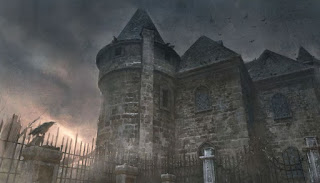 "Book of the Raven" is easily the biggest disappointment out of the early adventures in Candlekeep Mysteries, which is surprising since it was written by Christopher Perkins, the guy in charge of D&D's adventure storylines. There's a creepy "abandoned" house to explore in this adventure, which works well enough, but the narrative links between the house's past, the wereravens currently squatting there, and a trip to the Shadowfell at the end are seriously lacking.

The pieces just don't fit together into a coherent whole; of all the adventures in the book I've played through so far, this one required the most rewritting and revision to make it work. To be honest, this adventure really felt like an excuse to lore-dump about the Vistani, which is weird because they don't factor into the actual action of the scenario at all. Grade: C+ 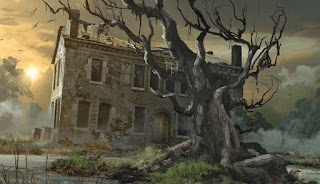 A Deep and Creeping Darkness

This is a pretty good adventure that leads the players into exploring an abandoned mining town haunted by unusual monsters. Overall, this was a pretty enjoyable adventure; a hallmark of a good mystery, such as what doom befell this town, is how much it makes the players conjecture about what's going on--and my players certainly had a lot of competing theories about the fate of the town and people who lived there.

There are a couple small missteps and missed opportunities here, though. The characters have the option of stopping at another town for information prior to arriving at the abandoned mine, but I wish more happened there. Also, though the early portions of exploring the town work for creating an atmosphere of dread, I do wish that a few more opportunities for explosive encounters were seeded in; things come to a nice climax at the end of the adventure, but I think the earlier portions needed a bit more action. Similarly, this adventure would benefit from additional "set dressing" and detail. Overall, though, this is a pretty good adventure. Venturing into the mine at the end felt sufficiently eerie. Grade: B+ 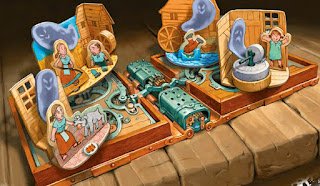 Shemshime's Bedtime Rhyme is an excellent adventure. It's a bit of a "bottle episode," with the characters locked into a subterranean library with a cast of interesting NPCs because they've all been "infected" with a supernatural tune that they must continually hum and sing. Although this adventure is very light on combat, with one fight at the end that can end very quickly if the players have pieced together what they need to do, the lead up to that is fantastic. There are NPCs to question and secrets to uncover. The claustrophobic atmosphere of the adventure and loss of control experienced by the players works really well. Although the adventure revolves around a nursery rhyme, it all comes off as suitably creepy and a little unnerving.

The adventure also gives you two options when playing it out: you can have the events of the scenario occur slowly to heighten the dread of the adventure or have the events proceed at a breakneck pace so that the players barely have time to breath as the problems begin to mount. I went with the latter option and it worked well; things moved along briskly, but the players were able to suss out the cause of the issue and its solution in good time. Admittedly, I did amp up the tension in ways that the adventure (written for a more general audience) wasn't ready to commit to. That said, this adventure worked really well with my style of DMing and this was a great time. Grade: A

So far, we've had a very good time with these adventures. They hit above well above average, and I've appreciated how little work it takes to prep them. Although I've made alterations to them here and there, that's par for the course with published adventure scenarios, so that's no cause for demerits. Of course, the adventures are hampered a bit by WotC's usual presentation, particularly in sections where the boxed text doesn't include all of the immediately obvious facets of a room or area, but the content has worked really well for me thus far. I'm definitely looking forward to playing through more of the adventures in Candlekeep Mysteries. If they maintain this level of quality throughout, I would be confident in calling the book a resounding success.