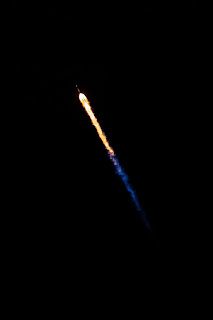 I've been running the adventures in Candlekeep Mysteries lightly reskinned for my Krevborna setting. The characters are all employed as members of Creedhall University Library's "Special Collections Department," aka adventurers. This is a recap of what happened in "Candlekeep Dekonstuktion." Fair warning: spoilers lurk below.

Books related to the ancient Lilitu civilization were going missing from the library's restricted archives. Elsabeth and Rising Leaf were set to the task of identifying any other books that may have disappeared from the library's shelves. As they were scouring the stacks, they were approached by a fellow member of the Special Collections Department, a dwarf named Buron. Buron approached the pair with a heavy black tome in his hands; when he reached the duo, he held up his hand as if he had a point to make, then immediately collapsed dead at their feet.

Medical help was sought, but it was too late for Buron. The book, however, turned out to be a tome on the history of the library's architecture. A silk ribbon in the book marked off a chapter dealing with the Old Tower. Leaf and Elsabeth knew that the Old Tower was the oldest structure on Creedhall's campus; it predated human settlement in the area--Creedhall had been built around it. They also knew that the Old Tower was no longer used by the library; it was said to be structurally unsound and thus sealed off from the public. The margins of this chapter of the book were filled with diagrams that appeared to be schematics for inexplicable machinery.

Elsabeth and Leaf brought this information to their superior, Horatio Lupa, who asked them to investigate the Old Tower in case it had a connection to the missing books. Rummaging around in this desk, he even managed to find a key that would open the door to the Old Tower. As they approached the Old Tower, the earth began to shake. An earthquake! Or was it?

The Old Tower was certainly a strange sight. Although it was a mere three stories tall, it was clear that the tower was an inhuman construction. A sign on the door advised that the tower was dangerous and that no trespassing was allowed. Imagine, then, our heroes' surprise when they entered the Old Tower and discovered that it was not empty.

Inside, Leaf and Elsabeth saw that the bookshelves in the first floor of the tower were filled with books and that three other members of the S.C.D., Marcassia, Rafferty, and Varnam, were within. Marcassia lured Elsabeth toward one of the bookshelves by offering to show her an important discovery they had made in the tower, while Rafferty closed the door to the outside. Once the door was sealed, Marcassia told her companions to kill Leaf and Elsabeth! Easier said than done, of course. The renegade members of the S.C.D. were cut down, but not before Rafferty managed to grievously wound Elsabeth with a spell that castigated her flesh with frost and rime.

The books in this chamber proved to be the stolen volumes that were missing from the library. They all dealt with the Lilitu in one way or another. The walls of the tower were also scrutinized. Etched into the stones were images of the Lilitu, grails, and what appeared to be rites that involved the drinking of blood.

On the second floor of the tower, Leaf and Elsabeth found that a great deal of nonperishable food has been stored, as if in preparation for a long voyage. They also found four more members of the S.C.D. tied to chairs in a circle. Leaf began to untie one of the group, but they protested against this--they did not want to be freed from their bonds! They also intimated that, like the trio fought on the previous floor of the Old Tower, they had defected from their duties to the library. They mentioned something about "going to see the dread gods of the Lilitu," which did not seem to bode well. As Elsabeth went to explore another chamber on this floor, Leaf quietly murdered them all as they sat bound to their chairs. The earth shook again, sending vibrations throughout the tower.

The top floor of the Old Tower was an observatory equipped with a telescope that could peer beyond the translucent metal cap on top of the citadel. A steering wheel inscribed with runes they could not decipher was present as well. There was also a lever that Elsabeth and Leaf figured must either start or stop something within the tower, but it gave no indication about whether it was currently engaged or not. Another rumble shook the tower. The duo decided that it was time to move all of the stolen books out of the tower before something else happened.

Removing the books from the first floor triggered a hidden door to open, revealing that the tower sat atop an ancient dungeon--quite possibly one of the fabled Grail Tombs. Venturing down into the circular chamber directly below the tower revealed two strange things. First, four cylinders were positioned beneath the tower. These cylinders each had a core of white-hot fire at their center and were giving off a great deal of heat. An earlier surmise proved to be accurate: the Old Tower was actually an ancient vehicle created by the Lilitu. The traitorous S.C.D. members were set to launch it into the mysterious vastness of space to find the gods of the Lilitu!

The other oddity the pair encountered were two suits of articulated armor with the heads of cockroaches flanking a door leading further into the dungeons. The pair thought that perhaps these suits were protective gear and sought to don them, but they turned out to be automatons that attacked when approached! The constructs bit the pair repeatedly with their mandibles. Elsabeth was knocked out by one of them, even after pushing it under the fiery inferno of the tower's thrusters. Leaf managed to break away from the construct that had latched onto him, gather up Elsabeth, and channel his ki to leap up into the first floor of the tower.

Elsabeth regained consciousness to find that Leaf had loosely strapped her to a chair in the Old Tower. His thought was that if the tower was going to launch into some strange new realm, there might be a great evil to be defeated there. Unfortunately, the Old Tower was still home to a more terrestrial form of maleficence. Three more rebel members of the S.C.D. emerged from the sublevels to attack the pair. They were led by a "man" named Starkely, who revealed himself to be a vat-grown flesh golem created by the Lilitu in the age of the ancients. His only goal was to rejoin his creators.

Battle was joined. Starkely's fists hit with the force of a maul; Leaf was laid low by a punch that sent him into the darkness of unconsciousness. Elsabeth managed to deal with Starkely's compatriots and hit the flesh golem with a divine smite that dissolved the stitches holding his abominable form together; he simply fell to pieces on the cold stone flags of the tower.

Returning to the upper floor of the Old Tower, the switch was thrown--which caused electricity to arc everywhere. Luckily, Leaf's agility allowed him to leap and roll out of the way of the blast. The Old Tower ceased to rumble. The two loyal members of the S.C.D. had managed to recover the lost books, stop the tower's launch, and bring the traitors to a violent end.