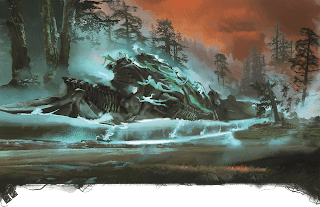 Now that's I've made posts covering all of the domains in Van Richten's Guide to Ravenloft, I want to do a brief overview and review of the rest of the book's content. So far I've looked at Chapter 1: Character Creation and Chapter 2: Creating Domains of Dread, so now we're moving on to the parts of Chapter 3: Domains of Ravenloft that I haven't previously covered.

At the outset, I want to touch on overall changes and the current shape of things. I am sure many will disagree with this sentiment, but I think that every instance where WotC has gender-swapped a Darklord has resulted in a more interesting character. Overall, the domains in Van Richten's Guide are the best versions of them we've had so far. I'm not sold on the idea of change for its own sake or change for the reasons of mere cultural or political optics, but the revisions in Van Richten's Guide have just plain resulted in a more interesting and gameable setting.

Aside from the featured domains, Van Richten's Guide also briefly details another twenty-two domains. Most of these domains get a sole paragraph of a few scant sentences by way of description; a few get a couple paragraphs of prose. Clearly, these entries are meant to wet your appetite, but if you want to use them in your games you're going to have to either look to earlier books for inspiration or invent new details wholesale. Personally, I find that inspiring, but I can see how someone new to Ravenloft wouldn't necessarily get much out of these "capsule domains." And their presentations certainly all of an even caliber. 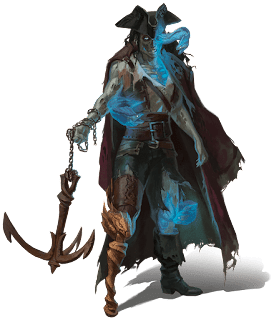 The domains selected for the truncated treatment are universally niche or narrowly focused in intent, so it makes sense that they didn't get as full consideration as domains such as Barovia or Darkon. Most of the domains come from earlier iterations of the setting, but there are a couple new ones here as well. Cyre 1313, for example, is a magically ghost train originally from Eberron. Personally, I would have have had less domains in this section and more detail for the ones that survived the cull. I think Zherisia, Invidia, Ghastria and Markovia deserved more attention, while at the same time remain suspicious that we needed two different "evil theater" domains.

Of course, the problem is that fans are unlikely to agree on which of these domains should have gotten larger entries at the expense of the others. No matter: these domains are fine fodder for expansion by introducing your own idiosyncratic ideas if you have both the time and the inclination. 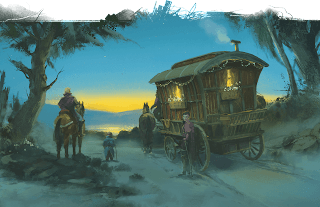 The Vistani entry treads carefully as it attempts to reconcile a faction that has always been based on ethnic stereotypes to a new mission of better representation. I'm scarcely qualified to judge whether that mission succeeds or fails here, but I can say that nothing jumped out at me as obviously or immediately offensive. I do like that the idea of the Vistani as a "family of choice" is back; any "race" can be a Vistani as they are willing to adopt new members into their clans.

Like the section on domains, this one ends with much smaller entries devoted to a few other factions and secret societies: the Church of Ezra, the Circle (a knightly order whose good deeds always seem to bring doom unto them), the Kargat and Kargatane (the secret police of Darkon), the Order of the Guardians (monks trying to keep evil magic items out of the hands of malefactors), the Priests of Osybus (undead cultists trying to free Strahd from the Mists), and the Ulmist Inquisition (psionic inquisitors!). It's great to see the older factions return, even if only in a limited form. I also think the Ulmist Inquisition is a welcome addition. Fanatical inquisitors are a staple of Gothic fiction, so it's nice to see that emphasized in Ravenloft--and making them psionic is a solid D&D-flavored take on the idea.

The rest of this chapter is devoted to NPCs, and I think they largely made the right calls as to which personages from Ravenloft's history made it into the book:

I would have loved to see a few characters like Ratik Ubel and Lady Kazandra make it in to the line-up, but that's just my nostalgia and personal preference talking.
Posted by Jack Guignol at 10:57 PM