Every year in the run-up to Halloween I pack out my viewing schedule with as much horror as I can handle. Here's what I've watched so far. (Spoilers ahead, obviously.) 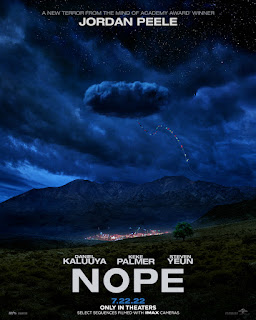 Nope is another triumph for Jordan Peele, although I have to admit that I like each new movie of his just a little bit less than the one that came before it. Which really isn't much of a criticism as I've enjoyed all of them quite a bit. Even so, Nope's greatest strength is how beautiful it is to look at on the big screen. From the monster design to the general sense of place, Nope is simply a visual delight. I found it a little light on scares (but then again aliens aren't something that especially gets under my skin), although I do think the visual spectacle makes it more than worthwhile. 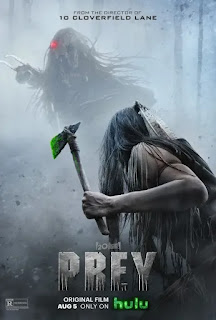 It is both a surprise and a delight that this sequel to Predator is pretty good, especially after the massive waste of time that was Predators. Although I wouldn't say Prey is pitch-perfect--there's some strange dialog that feels oddly modern--the premise of a Predator versus a Native American woman looking to prove herself as a huntress is pretty solid and the action pops along throughout. 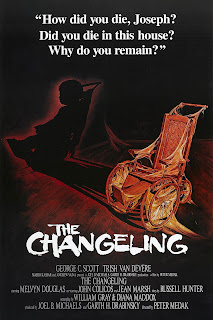 I've been meaning to scratch The Changeling off my list for years, and I finally got a chance in early September. The Changeling belongs to the style of horror movie I tend to enjoy most: it's focused on creating a haunting atmosphere and it does a lot of work with very little.

While the film is a bit slow, it's tale of a grieving composer who moves into a house haunted by a perverse tragedy features some truly unnerving and memorable scenes. Also, like The Haunting, one of my all time favorite haunted house films, it uses sound design to good effect. In a spooky bit of synchronicity, I watched this the same night as I read Daniel Mills' Among the Lilies, a short story that also combines classical music with flights of terror. 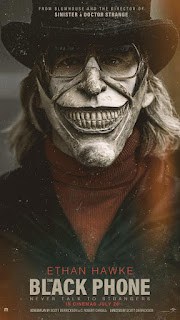 I was pretty surprised that Black Phone was a pretty good movie! One thing that was interesting to me was that the violence perpetrated by the serial child killer is basically given a tertiary place in the story; the movie shows far more graphic depictions of the violence of bullying and the kind of child abuse that happens at home. That felt like an apt way of pointing out where the real threats to children are more likely to come from.

Also, although a lot of design went into the killer's variable two-part mask, I didn't really feel that him being a "masked killer" added much, if anything, to the movie. He'd be just as effective, and perhaps more so, if he were just an average guy with a pair of aviators. This is an instance where a "look" or aesthetic isn't really necessary. 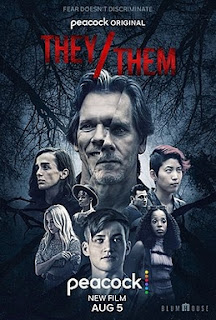 Adding a gloss of "addressing LGBT issues" fails to enliven this absolutely by-the-numbers camp slasher movie. You will be able to predict every move this movie makes, even the ones that don't make much sense in the context of the film.

I also doubt that anyone will even want to claim They/Them as a triumph of representation, as all the characters are at least moderately annoying. Things are not improved by the musical sequence.

The real gut punch for me came at the end credits, when I realized that John Logan, whose Penny Dreadful is one of my favorite things of all time, was responsible for this boring mess of a movie. 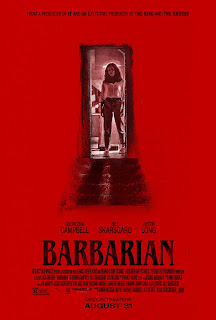 It's pretty rare that a modern horror movie impresses me, but there's a lot to praise in Barbarian. The cast is solid throughout, the cinematography is varied and inventive, the sound design works well to create an atmosphere of unease, and the effects are certainly memorable. (On that last point, I'm not sure if the fx are all practical, but they look damn good if they were done digitally.)

I don't want to say too much about the plot in case anyone was planning on seeing Barbarian, as I think it works best going in cold, but the basic gist is that two people have booked the same Air BnB and are forced by circumstances to bunk down in a strange house together...and then they discover that they aren't alone in the house. There's a Psycho-esque shift in characters to keep you on your toes, and a bunch of twists and turns that keep things nice and uncertain. 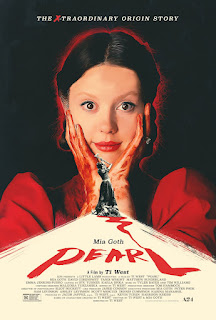 Despite the gruesome murders that feature prominently in Pearl, I'm not sure it's actually a horror movie. Instead, Pearl is a character study clothed in layers of sumptuous aesthetics drawn from old Hollywood. Trapped with her immigrant parents, one crippled with illness, the other a hardened and empty disciplinarian, Pearl dreams of leaving her dreary life behind for a place as a dancer on the big screen. And when her aspirations are frustrated, things get bloody.

Sometimes more a mood than a movie, Pearl gets by with its stunning visuals and a powerful performance from Mia Goth. Her monolog near the end of the movie is hard to forget; rarely does an actor get the chance to actually lay it all out on the screen out like that. 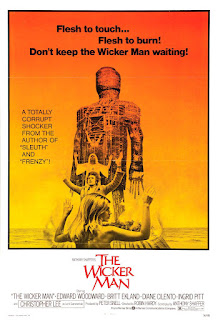 There are some movies that you just love so much that you end up watching them over and over again. The Wicker Man is one of those for me, and it never gets old. The Wicker Man essentially set the formula for what we consider "folk horror," but it's never really been equaled. The crucial difference between The Wicker Man and something like, say, Midsommar, is that The Wicker Man is unafraid to be weird. Deeply, deeply weird. 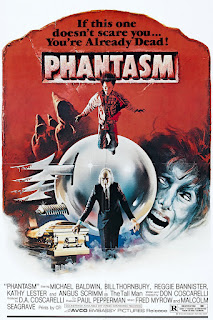 Speaking of deeply weird, even though I like Phantasm, I cannot explain its popularity among horror fans or why it was a perennial favorite of the Friday night movie rental circuit. Nothing in the movie really adds up, and although it looks pretty exceptional for what is an indie horror film made with amateurs, by the end you're left with a vague fever dream born of a young boy's grief. Still, I have to admit that several scenes from Phantasm have lived rent free in my brain ever since I first saw it. 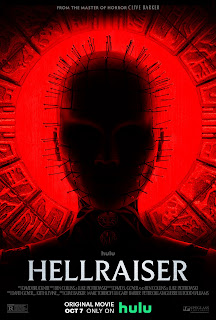 It would be no exaggeration to say that the 1986 Hellraiser was a game-changer for me. I was already well and truly steeped in horror movies, but I had never seen anything as transgressively weird as Hellraiser up until that point. That fateful viewing turned me into a Clive Barker obsessive in general and a Hellraiser fan in specific; after watching it I was on a path to read the original book, collect the comics, and write my own DIY rpg about characters who had escaped from the cenobites' clutches.

All of which means that the 2022 reboot of the film franchise had a lot of live up to. While I wouldn't call it an essential film, I feel it's safe to say that it's the best Hellraiser movie we've gotten since Hellraiser II, and by a wide margin at that. (Though I do have a soft spot for the oft-maligned Hellraiser IV.) The new film manages to capture some of the original's fetishistic energy, and it doesn't skimp on the gore either. The plot might be a little too self-involved for its own good, but I had a surprisingly good time watching this one.