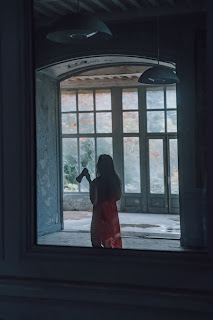 I've put my weekly D&D campaign on pause for the month of October so I can run a series of horror-themed one-shots instead. First up: a Cryptworld adventure in which the characters were all true crime Youtubers trying to break the story of a series of copycat killings.

Sybil, the intern, played by Heather

Back in the 1970s, a series of horrific axe murders took place in Tillamook State Forest in Oregon. The murders were committed by Logan Baxter, aka “the Paul Bunyan Butcher.” Baxter claimed six victims, each a hiker or visitor to the forest. All six victims were decapitated; their severed heads were later found buried next to a hovel that Baxter had built deep in the forest. Once caught, Baxter was found guilty and sentenced to life imprisonment.

However, forty-eight hours ago, two park rangers were discovered beheaded in Tillamook State Forest in an apparent copycat killing. As true crime youtubers looping to get their video on the killings out first, the characters flew into Eugene, rented a car, and drove to Timber Grove–a small town near Tillamook State Forest. The likes, comments, and subscribes must flow! The bell icon must be rung! 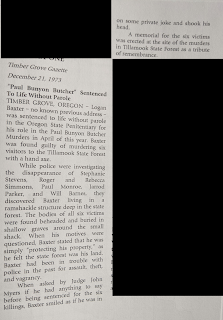 Their prominence in the true crime world snagged them an interview with Logan Baxter at the town jail before he was to be transported to end-of-life hospital care. But before the interview, they had about two hours to “kill.” Vaz and Chad busied themselves capturing b-roll footage and conducting "man on the street" interviews about the Paul Bunyan Butcher killings and the recent copycat murders. They heard a few crackpot theories about werewolves in the forests, alien abductions, and the usual blaming of the internet for inspiring the copycat killer.

Brick and Sybil headed to the local library to pour over old microfiche. Their efforts yielded an interesting snippet from the local paper. The group also learned that several missing persons cases were thought to be likely additional victims of Logan Baxter, but no hard evidence had ever been found to support that theory.

Armed with interview questions, the group went over to the Timber Grove jail, where they were ushered in by Sheriff Dave Perry, whose daughter was a huge fan of their channel, and allowed to set up their recording equipment. They were separated from Logan Baxter by a pane of glass. The Paul Bunyan Butcher's tall, once-powerful body had been winnowed by time; the man handcuffed to the metal chair in the other room was thin, balding, and clearly deathly ill. Baxter was flanked by two guards, one who seemed disinterested and bored by the whole affair and one who glared at the killer with naked contempt.

Baxter responded to some of the group's questions with an arrogant lack of repentance; he stated that he had kept the heads of his victims buried near his hovel so that he would "own their souls" after death. However, when asked about the self-satisfied smile he was noted as having in the newspaper article they had uncovered, Baxter became agitated and began ranting about how he had actually claimed seven victims, and that it was the seventh who had committed the recent copycat killings. He even seemed to believe that the seventh victim had been appearing in his cell as a specter, taunting him that he would be the next to die! When questioned about the whereabouts of the seventh victim's body, he said that he killed her in the fall and had left her buried under a "big gold rock."

The room suddenly filled with a sickly floral smell. Vaz, a psychic sensitive, opened his mind to the unseen world and detected an evil presence in the room with Baxter.

Before they could get more information from Baxter, Sheriff Perry suddenly barged in and exclaimed "Oh my god, we just found another headless body--right here in the station, hidden in a closet! Officer Rutherford is dead!" Perry then looked into the room beyond the glass partition and exclaimed, "But that can't be possible!" He pointed at the officer who had been staring at Baxter with hatred. "That's Kyle Rutherford!"

All hell broke loose. "Kyle Rutherford" turned his gaze on the group assembled beyond the glass, smiled grotesquely, and then suddenly lashed out against the other officer in the room. The cop's head was separated from his shoulders, and gouts of blood splattered against the glass partition. Baxter began to scream "It's you! The seventh!" as "Officer Rutherford" turned on him next. Sheriff Perry and the youtubers ran for it, grabbing their recording equipment as they fled, their minds unable to cope with the horrific scene before them. Only Sybil remained behind, hidden in the observation room. Sybil watched in terror as "Rutherford" severed Baxter's head with a machete and then slowly disappeared, leaving behind nothing but a bloody crime scene.

Outside, Sheriff Perry asked the group to make themselves scarce so he wouldn't have to answer any questions about letting them interview Baxter. The group decided to take shelter in their room at the local Holiday Inn and plan their next move. When they watched their footage from the interview, "Kyle Rutherford" only appeared to be an ambiguous, scratched-out figure. The group argued over whether to immediately investigate further or wait until morning. Cooler heads prevailed and they decided to resume their investigation under the light of day.

Around one a.m., Sheriff Perry called them with some new information. He had re-examined the files from the original Paul Bunyan Butcher case and found one name that might be a likely candidate for Baxter's mysterious seventh victim: Audrey Burke, a college student who had gone missing during Baxter's reign of terror. He gave them the address of Audrey's mother, but then he said "Wait. Who's there? No, not you!" The next thing the group heard was Perry's death scream and the sound of his phone hitting the floor.

Shaken by Perry's death, the group slept little. In the morning, they drove to the outskirts of town to speak with Cindy Burke, Audrey's mother. The woman who answered the door was clearly Cindy's homecare worker, who was reluctant to let them in. However, after they mentioned they wanted to talk to her about Audrey, Cindy insisted from the living room that they come in. The homecare worker left them to do dishes in the kitchen.

Cindy Burke was an ailing old woman, forever broken by her daughter's disappearance. She always felt that her daughter had been killed by Logan Baxter, and she blamed the police for not pursuing the case diligently. The group now began to suspect that Audrey's unsettled ghost was killing people in the style of her murderer because she felt betrayed that the mystery of her disappearance was never solved.

She also told them that Audrey was attending veterinary school at Oregon State University and that her favorite way to unwind was to go to Tillamook State Forest and sketch the flowers there. Cindy produced one of Audrey's sketchbooks, which was filled with page upon page of drawings of flowers. In particular, Audrey seemed to favor a particular flower found near the waterfall.

Just then, the smell of flowers became overpowering in the little house and the group heard the crashing of dishes in the kitchen. The homecare worker was approaching them from the hallway, a wicked grin on her face and a machete in her hand! The group grabbed Cindy and hustled her out of the house and into their car. As they ran down the hallway, they saw the real homecare worker lying decapitated in the kitchen.

Of course, their rental car wouldn't start! The engine leapt into life just as the machete came crashing down on the driver's side window, cutting Sybil fiercely. As they sped away, they noticed that Cindy clutched a charm necklace inside her shirt. When she did so, the pursuing figure with the machete vanished. When asked about the necklace, Cindy told them it had been a present she had given to Audrey and that Audrey always wore it. It was a mystery to her why Audrey had apparently left it behind on the day of her disappearance.

The group drove to Tillamook State Forest, hoping to find Audrey's burial place and put an end to the killings. Since Tillamook State Forest was currently a crime scene, the gate was locked--but soon picked by our slightly criminally minded youtubers. The group left Cindy in the car and navigated by foot to the waterfall. The area around the falls was blanketed with forget-me-nots, the flower that Audrey had so often drawn in her sketchbook. A "golden rock," actually a large piece of pyrite, was spotted in the pool beneath the fall. 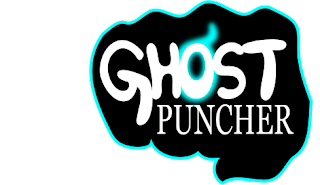 At this point, the scent of flowers became overpowering again and the group saw Audrey approaching them, machete in hand. This time, Audrey appeared in her true form: a teenage girl caked with blood and mud. Chad leapt into the pool to look for Audrey's corpse beneath the pyrite; however, he found that it would require holding his breath and digging the stone out of the surrounding silt, a process that sometimes left him choking for air. Although they group were skeptical about their ability to harm or hinder a ghost, they found that attacking Audrey consumed her concentration and that her bodily form was held together only by force of will and hatred.

However, Audrey was nothing if not strong of will. Again and again, the machete rained down upon the youtubers, wounding them severely. Just as their continued attacks managed to disperse Audrey for the moment, Chad emerged from the pool with the rotting and beheaded remains of Audrey Burke.

When Sybil held Audrey's charm necklace, she had a vision of Logan Baxter killing the girl, stealing her necklace, breaking into the Burke home, and leaving it behind to taunt Cindy. She knew that returning the necklace to Audrey's corpse would dispel the wraith permanently.

As Vaz bent to place the charm necklace on Audrey's body, Audrey suddenly reformed with the machete poised to strike Chad down from behind. The group watched as the blade seemed to descend in slow motion, but Vaz was faster. The ghost disappeared with a final howl of rage as the necklace touched the dead girl's rotten flesh.

The killings were over, the group had recovered a previously unrecognized seventh victim of Logan Baxter's murder spree, and they had more than enough content to craft the most popular video of their Youtube careers. One questioned remained: who would play them in the film after they sold the movie rights to their story?